The Gray Man baddie is a different man in real life 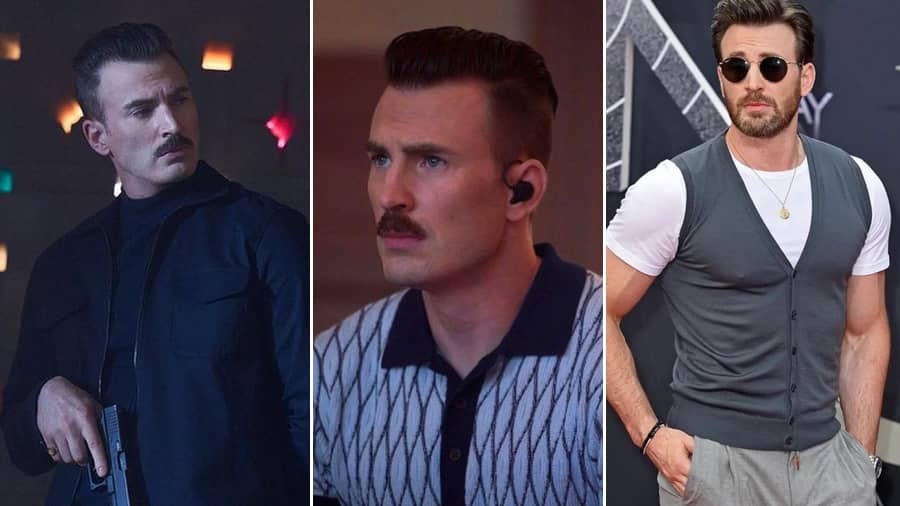 For Marvel fans who can’t get past Chris Evans as Captain America, his baddie avatar as Llyod Hansen in Russo brothers’ The Gray Man has left us asking for more of his devilish charm.

Evans, who will next be seen in Ghosted alongside Ana de Armas, rarely shares anything personal on social media, leaving us fans clueless about what’s going on in his life. While wishing that he would post more often, here’s a bunch of our favourite moments from Chris Evans’ Instagram profile.

In a very relatable post, the Knives Out actor bid goodbye to his old iPhone 6S when he replaced it with a new iPhone 12 Pro. Evans recently revealed in an interview that he finds it hard to discard old phones. Don’t we echo him on having to let go of our old phones?

The superhero is super good at smashing things; he’s also adorable when he’s cuddling little pups. At one of his interviews, Evans almost got mobbed by puppies, could not contain his excitement and kept forgetting the questions he was being asked. This is testimony of that cute moment.

Evans, the voice of Buzz Lightyear, is an animal lover and often shares his thoughts on rescuing dogs. On National Dog Rescue Day, the actor shared a photo with his own rescue dog. Evans had adopted the dog in 2015 from a shelter and named him Dodger. Since then, Dodger has been all over his Instagram feed.

This was the first time we saw how Chris Evans would look in The Gray Man. Sporting a moustache and with a gun in hand, his character Lloyd looked smooth. The caption read: ‘Lloyd Hansen. (The Russo brothers knocked this one out of the park!)’ Evans hits it out of the park, we say.

If there’s anyone who can look this good in long hair and a full beard, it is our very own Captain America.

The Gray Man might have earned Evans’ Lloyd Hansen the moniker of “trash ’tache”, but Sr Evans showed how to do it better. The actor shared a picture of his moustachioed dad on Father’s Day. The cute throwback picture garnered a lot of love from fans.