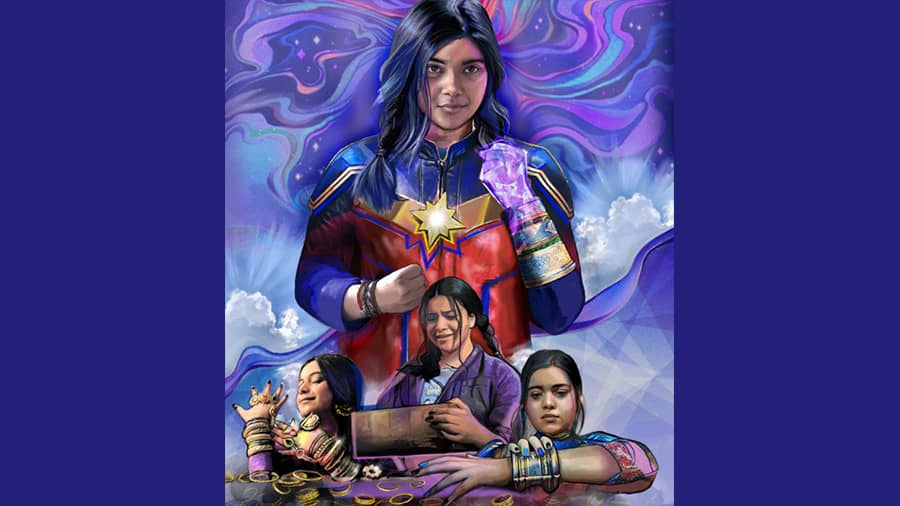 Singer Chinmayi Sripada says she is happy to see her name in the tracklist credits of Ms Marvel, a Disney+ series that featured her rendition of AR Rahman’s popular 2007 song Tere Bina in its latest episode.

A remix version of Tere Bina, a song from the 2007 Mani Ratnam film Guru, was used by the makers of the Iman Vellani-fronted show in its third episode which premiered on the streamer Wednesday.

“Tere Bina in Ms Marvel Ep 3. Kinda nice to see my name on a tracklist of a Marvel show,” the Chennai-based singer captioned a picture of the credits on Twitter.

Kinda nice to see my name on a tracklist of a Marvel show. pic.twitter.com/dgcru5oiu0

Tere Bina was penned by Gulzar and composed by A R Rahman, who sang the track along with Chinmayi.

Other Hindi movie songs that are featured in episode three of Ms Marvel are:  Joote De Do Paise Le Lo from Hum Aapke Hain Koun..!, Hadippa from Dil Bole Hadipaa, and Yeh Mera Dil... from Don.

This is not the first time the makers have floated Bollywood references into the show.

According to the official synopsis from Marvel Studios, “An avid gamer and a voracious fan-fiction scribe, Kamala is a superhero mega-fan with an oversized imagination particularly when it comes to Captain Marvel. Yet Kamala feels invisible both at home and at school, that is, until she gets super powers like the heroes she’s always looked up to. Life gets better with super powers, right?”