‘I see comments that people in the industry don’t have the guts to speak up. Maybe they have far more than me to lose’ 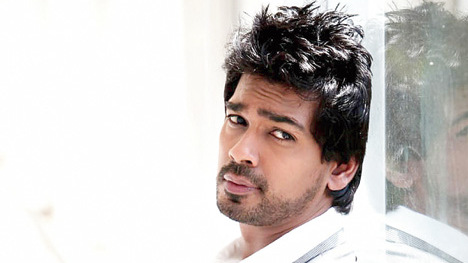 A little more than a decade ago, Nikhil Dwivedi made his acting debut as leading man in My Name Is Anthony Gonsalves, and then went on to star in films like Raavan, Shor in the City and Hate Story. He then shifted gears to turn producer, scoring hits like Veere Di Wedding and Dabangg 3. Now, even as he earns praise for his antagonist act as Tyagi in the web series Scam 1992, Nikhil has announced his next project as producer — a Nagin trilogy, starring Shraddha Kapoor in the lead.

What’s been the best reaction to your winning act in Scam 1992?

Well, the positive feedback from all those people who didn’t give me work when I was struggling as an actor. It’s kind of sweet now... it’s a sort of vindication. A lot of those who didn’t think much of me as an actor before have liked my work in Scam 1992.

Are you looking at this as a stepping stone towards more acting parts?

I really don’t know. One of the reasons why I had to take a break from acting was that I wasn’t getting good work. And when you don’t find too much success, good work is anyway not offered to you. I have been getting calls since Scam happened, some of which are pretty interesting. So, of course, I am going to take a look at them and if something is good enough, I will
do it.

Two reasons. One was Hansal Mehta, I have always had great regard for him as a director. Also, it’s not a large part, which meant that it didn’t need too many days from me. Dabangg 3, which was my production, was about to release and I was required for it.

A big announcement that’s been recently made by you as producer is a Nagin trilogy. Why a nagin story?
A couple of years ago, I was watching Wonder Woman and I thought that Hollywood has these superhero concepts and why don’t we delve into our own mythology and folklore and create our own superheroes? When it comes to women with super powers, one of the oldest forms has been the ichhadhaari nagin. She can take the form of any human being, and it’s such a cool super power to have.

The idea came to me at that time, but I didn’t have a good script. I started working on it and finally stumbled on a good script, and now we are making three movies out of it.

But why announce it as a franchise even before the first film has released?

That’s because there is a Part 2 and a Part 3 in our heads. We have sat for almost a year on this script and when we had a substantial part of it written, we knew that we could do justice to this with at least three films, if not more. It’s a long saga.

The Naagin series on TV, though successful, has been regularly slammed for being regressive. This is a subject that could be polarising. Any apprehensions on that front?

No. That’s because we will not make anything that’s regressive. I think that the concept of someone having supernatural powers and being a shape-shifter is not regressive per se. In Hollywood, we are willing to pay money and watch a man being bitten by a spider and turning into Spider-Man the next day. It’s a flight of fantasy, just like the story of nagin is. I am telling a story that’s fantastical, but I want you to believe in the concept of it. It will be a contemporary story, and it won’t be regressive. Are we dealing with occult? Are we promoting superstition? I think not.

What made you pick Shraddha Kapoor to frontline the trilogy? You tweeted saying that she’s too ‘nice’ to be nagin...

Shraddha was the only person who came to my mind when we thought of Nagin. I think she’s one of the few actresses who has the unique ability of being the girl next door and turning into an absolutely sensuous woman if she wants to. For me, that embodied nagin. The funniest thing is that Shraddha told me that all her childhood, especially after watching Sridevi as nagin, she just wanted to play a nagin on screen. When I approached Shraddha, she was waiting for the film. So I think it was destined to happen.

How are you enjoying this role as producer?

I became a producer by default. I was out of work as an actor. I needed to earn my livelihood and cinema is the only thing I know. I have met with a fair degree of success as a producer. It’s a challenging role, but it helps me remain connected with the only thing I love, which is cinema.

You mince no words on social media, you don’t hesitate to call out people and you were perhaps the only one to tell Rhea Chakraborty that you would want to work with her when the crisis she is in the middle of gets over. In an industry which is mostly hesitant to express its opinions on anything, does this straight talk come naturally to you?

I see comments that people in the industry don’t have the guts to speak up. Maybe they have far more than me to lose. They are not weak in any way. They can’t speak out because two sides have formed in this country. And either side just goes after you and really maligns you because you have spoken up against something. No side is better than the other, to be honest.

Mrs Jaya Bachchan makes a statement in Parliament and in an instant, the entire 45 years of work of Amitabh Bachchan and his family is forgotten. Amitabh Bachchan is not going to speak on any issue... you are forcing silence upon him.

In this industry, you have an opinion but you learn to keep silent. That’s not their weakness. I can understand where they come from because there are times when I want to speak out more, but then even I choose to be silent. That doesn’t make me weak, I just realise the futility of it. My 200 characters on Twitter is not going to make a difference. Half of the people on social media are not even real people. They will malign you in such a way that you won’t know how to clean up your reputation. I have no forum to go to, we have no defamation laws to protect us. A lot of people are choosing dignity and are being called cowards. The day they are pushed against the wall, they will speak out. But it is dignified right now to remain silent.