A chat with Mahira Kakkar 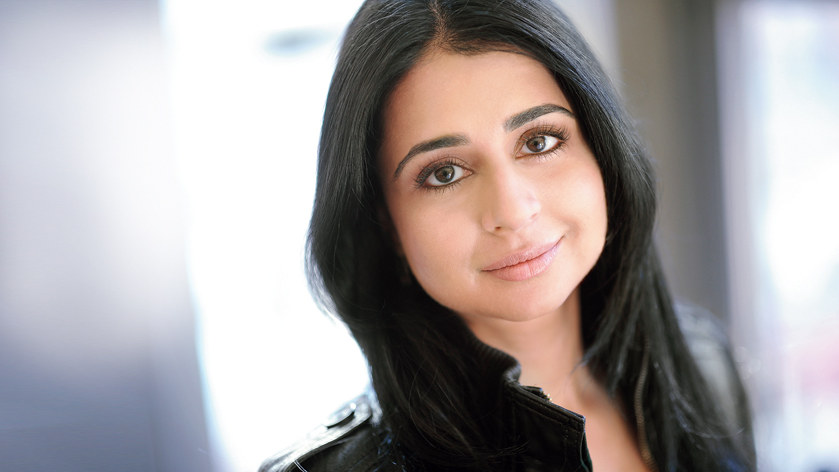 Rupa Mehra’s efforts to find her daughter Lata ‘a suitable boy’ is brought alive in the Mira Nair-directed six-part series, based on Vikram Seth’s bestseller, by Mahira Kakkar. Based in New York, Mahira was born and brought up in Calcutta, studying  at Modern High School for Girls, La Martiniere for Girls and Jadavpur University, moving on to become the first person of Indian origin to attend the prestigious Juilliard School’s Drama Division in New York.

In the last 16 years, Mahira has acted on stage, television and films, with appearances in Orange is the New Black, New Amsterdam and Louie. Over an early morning Zoom call, Mahira recently chatted with us from New York on the experience of starring in A Suitable Boy, what acting means to her and her growing up years in Calcutta.

In the flood of feedback that’s come your way, what’s the most memorable thing that you’ve been told about being Rupa Mehra in A Suitable Boy?

Some people have said that the show really captured the atmosphere of that time... the feeling of the ’50s. Some have said that they really wanted to visit those people in the show, they wanted to have tea with them and talk to them. I thought that was lovely because when I studied in Jadavpur University, Ananda Lal, who was my teacher there, said when we were enacting Three Sisters (by Anton Chekhov) that the greatest compliment is when an audience member says, ‘I want to go and visit the three sisters and have cha with them’ (laughs). So when people say that about A Suitable Boy, it really warms my heart.
In terms of my portrayal of Rupa Mehra, there were many who said, ‘You remind me so much of my mother’ (smiles). That really warmed my heart too.

What did you have to do to inhabit the part?

There were many internal and external things. It involved bringing my imagination into play and also what I could draw from the book. After a certain point, the script became my guide. I drew on the experiences of my mother and my grandmother and the things they told me. I drew on old photographs... the costume designer Arjun Bhasin was very helpful in terms of the world he created. Mira (Nair) has such remarkable instincts herself. They also aged me quite a bit, and did things to my face and hair. The whole silhouette was changed with a lot of padding! (Laughs)

Was working with Mira Nair all that you hoped it would be?

I think it was more. I am going to quote Rasika (Dugal, co-actor) and say that Mira was on the ‘bucket list’ of directors I wanted to work with. She has the energy of an 18-year-old and she also has a huge sense of fun. Things on set never go as planned, but she always looks at a problem as an opportunity for a creative solution. With her, it’s always like, ‘We are doing this thing, it’s difficult but let us have fun while doing it’.
She talks to actors with love and respect and a collegial spirit... it’s not a top-down approach. It’s very collaborative. I got completely spoilt working with her. She’s the gold standard now (smiles).

Do you remember the moment when you had heard you had bagged such a pivotal part?

I do! I was doing a play off Broadway, and one of the jokes that my friends have about me is that I should have a T-shirt that says, ‘I can’t... I have play practice!’ (Laughs) That’s because for most things — weddings, birthdays — I say, ‘I can’t make it, I have a play!’ Mira contacted and asked me if I would put myself on a tape for the part of Rupa Mehra and I told her, ‘I have a play!’ (Laughs) So she said, ‘Okay, it’s a big project, just put yourself on a tape and we will cross each bridge as we come to it’. So I put myself on a tape and sent it in. She saw it and said, ‘Okay, you have got it’. And I was like, ‘What does that mean?!’ And she was like, ‘It means I need you here as soon as possible’. And I was like, ‘But I have a play!’ (Laughs)

My initial reaction stemmed from the fact that I already had a commitment and I didn’t want to let anyone down. Also, it didn’t quite sink in then... the enormity of it. I spoke to my husband and some friends who all said, ‘You are completely insane! You have to go and do the series!’ (Laughs) I am sure Mira must have thought who is this girl who I have chosen who keeps telling me she has a play to do! (Laughs) 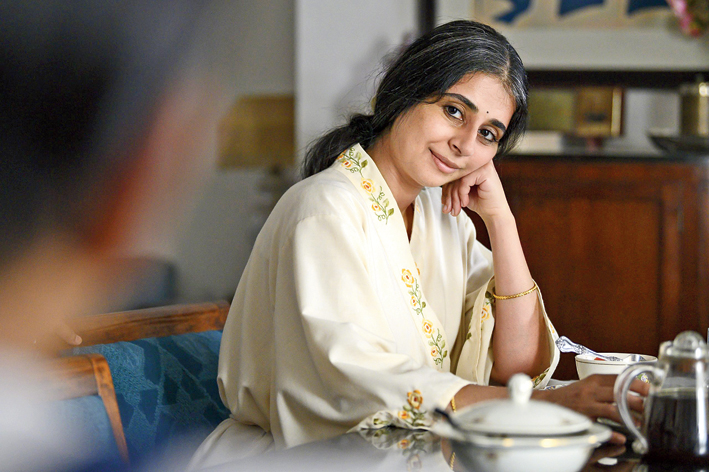 Mahira Kakkar as Rupa Mehra in Mira Nair's A Suitable Boy.
Sourced by The Telegraph

Having worked on various mediums, would you say that it’s the stage that’s been the most creatively fulfilling?

They are all different mediums and I enjoy them all. I feel very greedy. Even after 16-odd years of having done this work, I still feel, ‘Oh, I want to do it all!’ A Suitable Boy was a great experience because it felt like something that we were building ground up with a family. The stage, of course, gives you the audience as a character, you get reactions in real time.

Almost two decades later, do you still have stage fright?

I don’t freeze anymore on stage, partly because I make sure we have rehearsed enough, and even if something goes wrong, I can react in the moment. But yes, I still have stage fright. I really don’t know any actor who doesn’t... I think we all just respond to it differently. I remember working with a big Hollywood star who was so scared at every step... so it doesn’t matter what level you are at, everyone faces it. You just have to carry on.

What would you pick as the highlights of your career so far?

There was one year where I was working non-stop. I was developing a play, doing a Shakespearean trilogy, workshopping and also doing TV work in between. I felt great that I was in a place where I could work with people who were as invested in doing things like I am. That was a high point.

Are the parts getting varied for actors of colour?

It’s changing, and the change is dictated by the dollar. It’s been statistically proven that content with women and diversity at the centre make more money. There’s been a very slow shift in consciousness the world over, that protagonists can look more than just one way. Actors of colour will still be picked for roles of cabbies, doctors and scientists, but it’s expanding. I prefer to use the term ‘inclusive casting’.
Also, I see the offers for me opening up. I am now in a place where I have become picky. If someone comes and tells me to play ‘Terrorist No. 3’, I will say ‘no’.

How did the love for acting start and what was it like growing up in Calcutta?

It was wonderful growing up in Calcutta, and I really miss it. I was there last year. We were shooting A Suitable Boy in Lucknow and every break we got, I would run to my mother in Calcutta. A lot of who I am is informed by how I grew up in Calcutta. It was such a culturally-rich childhood. My parents would take me to Bengali plays, Hindi plays... I grew up watching Usha Ganguli’s plays.... My parents would take me to these incredible art exhibitions. There was also the love for literature.

My time in Jadavpur also informed me because I had these incredible teachers who had so much love for learning and the curiosity to go with it. We had teachers like Sukantada (Chaudhuri), Supriyadi (Chaudhuri), Amlanda (Das Gupta), and they would come and teach us on Saturdays if I just told them that I didn’t understand what, say, Blake was saying. They were really interested in opening up our minds, and it’s such an act of generosity. Anandada was always so encouraging. When I first told him I wanted to go to The Juilliard School’s Drama Division, he was like, ‘Okay, it’s going to be tough. But let’s see what we can do... let’s break it down’. The whole environment in Calcutta made me feel that nothing is impossible, one just needs to work hard... and just stay open.

I wanted to be a dancer initially. But I don’t think I was very serious about that, though I did learn Bharatanatyam. But then I got into elocution at school, and then started working with amateur theatre companies, which was exciting. That’s when I thought I would like to act. And now I wake up every morning and think, ‘Now who do I want to be today?’ (Smiles) Every day it’s a choice.

What are the must-dos every time you come back to Calcutta?

I love going back to College Street and to Coffee House. I love going to Dakshinapan and Dolly’s cha shop and sitting there. There is this organisation called Heritage Walks and I try and do a walk with them because they are so deeply rooted in Calcutta culture. I have a huge love for alur dom (laughs). I keep pestering my mom if we can go to Suruchi or 6 Ballygunge Place or the phuchkawaala... I don’t get it here in New York (smiles).