We track a few that have us excited 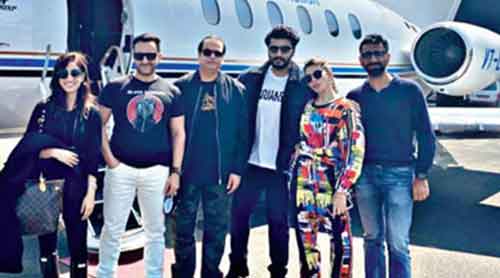 Early November saw Team Bhoot Police making their way to Dalhousie to shoot this quirky
horror-comedy (the last time we heard those words, we had to sit through the torture fest called Laxmii) which, in keeping with the times, has the tagline ‘The new normal is the paranormal’. Directed by Pavan Kirpalani — who has helmed semi-watchable horror fare like Ragini MMS and Phobia in the past — the film’s cast has been offering us BTS glimpses from the shoot, including horse rides and barbecue nights. The shoot has now shifted to Dharamshala, with Bhoot Police — that was initially announced with Saif, Ali Fazal and Fatima Sana Shaikh — slated to release next year. 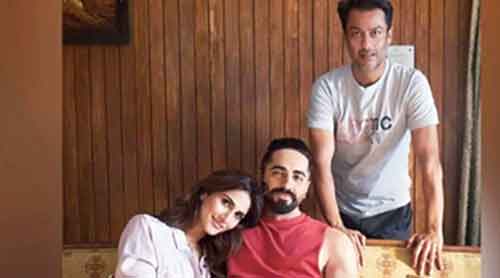 Ayushmann Khurrana’s workation in Chandigarh for a large part of the lockdown has just got an extension. The actor is now shooting his new film titled Chandigarh Kare Aashiqui in his hometown, Vaani Kapoor for company. Directed by Kai Po Che! man Abhishek Kapoor, Chandigarh Kare Aashiqui is described as “a progressive love story” and has Ayushmann playing the part of a cross-functional athlete. This is, incidentally, Vaani’s second shoot in a year that has seen very few films go on the floors. In September and October, the leggy stunner was in Scotland, shooting Bell Bottom with Akshay Kumar. 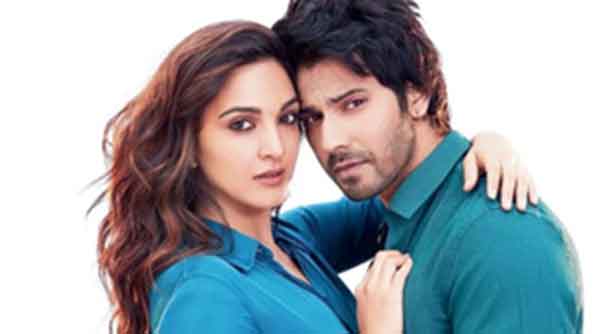 Also camping in Chandigarh is the cast and crew of Jug Jugg Jeeyo that’s produced by Karan Johar’s Dharma Productions and helmed by Raj Mehta, who delivered a hit with Good Newwz last year. The film went on the floors last week, with a winner of a cast, including Neetu Kapoor who returns after a hiatus and YouTube sensation Prajakta Koli who makes her big screen debut. Varun and Kiara — who shared screen space for a bit in Kalank — play husband and wife in the film that’s eyeing a 2021 release. 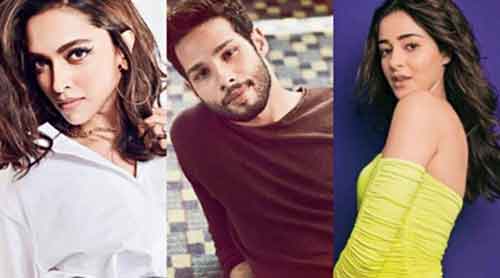 Another Karan Johar production that’s just wrapped up its first schedule is Kapoor & Sons man Shakun Batra’s untitled next that brings together Deepika Padukone, Ananya Panday and Siddhant Chaturvedi. Initially slated to be shot in Sri Lanka in March before the pandemic put paid to all plans, the shoot was shifted to Goa because of its similar landscape comprising beaches and vintage churches. All details pertaining to the film have been kept hush-hush. Last week, Deepika and Siddhant were spotted shooting for the film in a Mumbai high-rise. 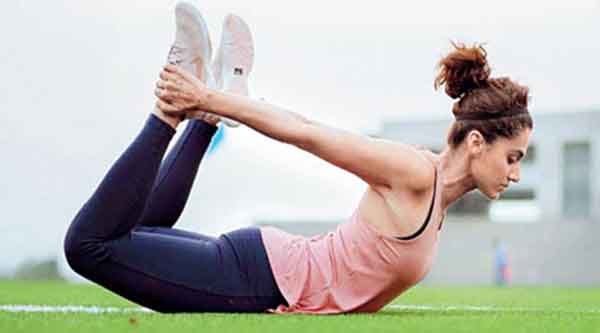 Taapsee Pannu has hopped, skipped and jumped from her dreamy holiday in Maldives to the dusty shooting track of Rashmi Rocket, with the film going on the floors earlier this month. Taapsee, who plays an athlete in the film, has been training like a beast for the part, if her BTS pictures from her gruelling gym sessions are anything to go by. Rashmi Rocket is set in Gujarat’s Kutch and also stars Mirzapur actor Priyanshu Painyuli. 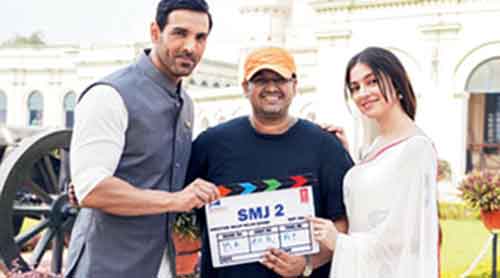 Satyameva Jayate, an in-your-face vigilante action film, was one of the big hits of 2018. The second film in the franchise is now being shot in Lucknow, with director Milap Zaveri and actor John Abraham (who died in the first film) returning. Divya Khosla Kumar is the leading lady of Satyameva Jayate 2, which will camp in Lucknow till January next year. The film has locked a release date of Id 2021 in movie theatres.