Bollywood and Tollywood highlights this week 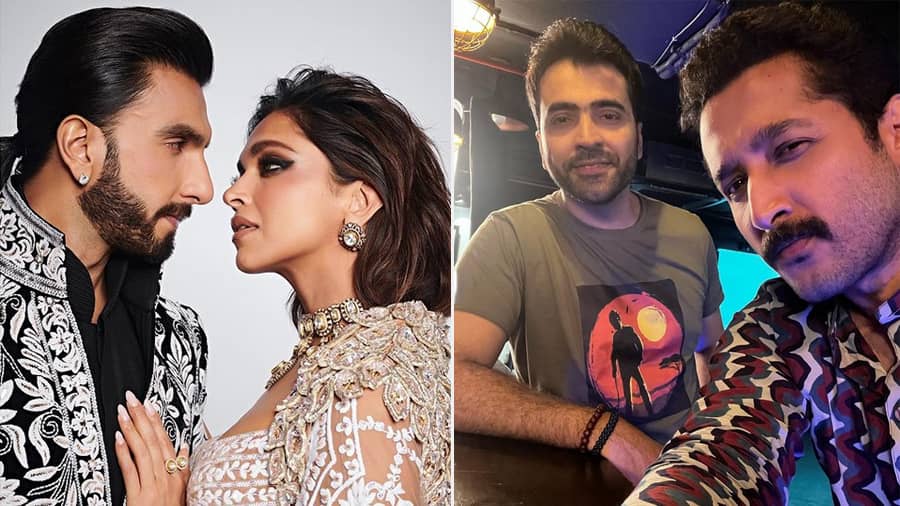 It has been a week of new beginnings with a steady doze of fashion in both Bollywood and Tollywood. Here are few glimpses from the lives of popular celebs that you would not want to miss.

Been a SRK-Deepika fan since Om Shanti Om? The magical duo is all set to sizzle the screens once again in Pathaan, releasing on 25th January, 2023. Shah Rukh Khan shared Deepika Padukone’s role teaser with the caption — “She doesn’t need a bullet to kill you!” as the actress aims a gun to the camera.

In Manish Malhotra designs, the power couple’s latest photos are too hot to handle. Regal couture, gelled hair and Deepika’s intense eye makeup — if you are looking for party lookbook inspiration, here’s some.

Alia Bhatt stole the show in a black and gray shimmery number, paired with her husband Ranbir Kapoor’s blazer. She kept her hair open, adding waves to accentuate the brown highlights and opted for statement eyes and nude lips to complete her look. The actress will next be seen in Darlings on Netflix.

The Masaan actor thanked his fans on the seventh anniversary of the film with a series of glimpses from the Neeraj Ghaywan-directed film, also starring Richa Chadda, Sanjay Mishra, Pankaj Tripathi and Shweta Tripathi. The image carousel shared on the actor’s Instagram handle also has a photo with the director.

Varun Dhawan has a few insights on how the “Summer of #Bawaal” should look like. Bonding with a little fan, bonding with co-star Janhvi Kapoor and a glimpse of what’s on the plate — the actor has got everything covered. Directed by Nitesh Tiwari, Bawaal is slated to release in 2023.

“No #MondayBlues when Rocky is around” wrote Prosenjit Chatterjee aka Bumbada, posing with his ‘paw’some friend and we can’t agree more. On the workfront, Prosenjit will be next seen in Kacher Manush with Dev, Ishaa Saha and Ranjit Mullick. The film is scheduled to release on September 30, 2022.

Parambrata’s “Goofing around” selfies with co-star from the upcoming film Bibaho Bibhrat at TopCat CCU is too cool.

Looking for “Saturday Night Vibes”? Swastika has a few notes to share, amping up the heat in a thigh-slit Abhishek Roy outfit. We love her funky shades and statement earrings.

Weekly roundup from Bollywood and Tollywood