The bafta awards played out in London on Sunday night. Highlights of the evening 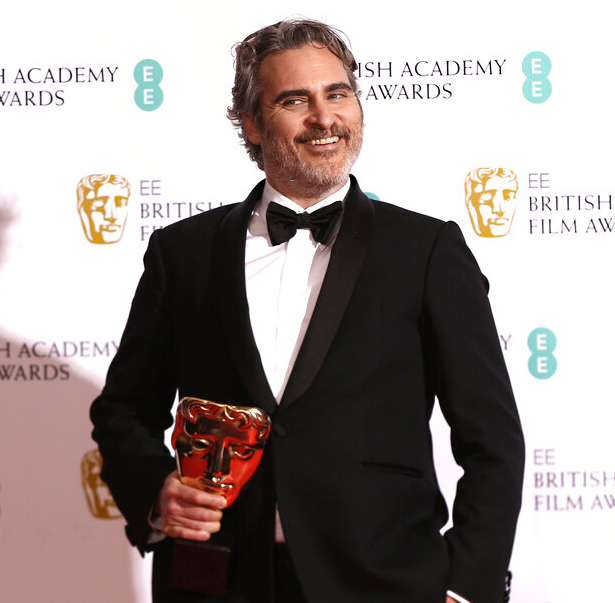 PULLING NO PUNCHES: #BaftasSoWhite — alluding to the fact that practically no people of colour figured in the nominations — was brought up several times during the evening. It all just blew up when Joaquin Phoenix — on stage to accept the Best Actor award for his jaw-dropping turn in Joker — let it rip in his acceptance speech, calling out the “system of oppression” as he put it. “I feel conflicted because so many of my fellow actors that are deserving don’t have that same privilege. I think that we send a very clear message to people of colour that you’re not welcome here,” he grimaced. Phoenix acknowledged that he views himself as “part of the problem”. “I have not done everything in my power — not all sets I’ve worked on are inclusive,” he added, drawing cheers and claps from his peers.

THE WINNER TAKES IT ALL: 1917 was the big winner of the evening, going home with seven awards, including Best Film and Best Director for Sam Mendes. The film that captures trench warfare of World War I in a raw, immersive manner, was also named Outstanding British Film of the Year. That makes 1917 the favourite going into the Academy Awards next week, where it’s been nominated in 10 categories. The film’s closest contender, Parasite, didn’t have to go home empty-handed either. The South Korean social satire, directed by Bong Joon-ho, that’s earned accolades all over the world, won the golden gong for Best Original Screenplay and Best Film Not in the English Language.

Ho-Hum: Talk show host Graham Norton, making his debut as BAFTA host, failed to cut ice. There were some gems, like when he referred to the lack of diversity at the awards, labelling it as “the year when white men finally broke through”. He also commented on Joker being “the story of a white man who makes himself even whiter”, but Twitterati — along with those present at Royal Albert Hall — didn’t seem too impressed. “This is absolute car crash TV. Awful jokes, terrible stuff from Graham Norton,” read one of the many tweets slamming Norton’s act.

Rebel Wilson
(Sourced by The Telegraph)

GO GIRL: Rebel Wilson was one of the standouts of the evening, her fun speech being praised for ‘single-handedly breathing life’ into the awards. The actress said that her red-and-black gown was the result of two dresses she had previously worn. “The red is from that one time I didn’t win Miss Australia and the black is from a funeral I just went to for the feature film Cats.” She also cheekily added: “Cats… strangely not nominated for any awards. I’m not sure if everyone here is across the controversy, but this year there has been a distinct lack of nominations for felines.” She also joked about the absence of females in the Best Director category, with, “I don’t think I could do what they do, honestly. I just don’t have the balls.”

Royalty: ‘Megxit’ notwithstanding, Prince William and Kate Middleton made their customary appearance at the Royal Albert Hall. The Duchess of Cambridge was praised for championing sustainability, wearing a custom Alexander McQueen gown by Sarah Burton that she has worn several times before.

Reunion: Renee Zellweger walked away with the gong for Best Actress for her stirring act in Judy. But the fun bit of the evening was her reunion with her Bridget Jones co-star Hugh Grant. Taking the stage after Zellweger’s acceptance speech, Grant — who played the obnoxious lout Daniel Cleaver in Bridget Jones — referenced the film to say, “First of all well done, Jones... that was a very, very silly little dress, I thought,” he laughed, making the audience break into laughter.

Speech #win: The most memorable speech of the evening was courtesy Brad Pitt. Winning the Best Supporting Actor award for Once Upon a Time in Hollywood, the 56-year-old actor couldn’t make it to the awards, but ensured he sent across his speech, that was read out on stage by Margot Robbie, his co-star in the Quentin Tarantino-directed film.

“Hey, Britain, hear you’ve become single... welcome to the club! Wishing you the best with the divorce settlement,” chuckled Margot, in Pitt’s obvious reference to Brexit. She followed it up with, “Brad is going to name his award ‘Harry’ because he’s excited about bringing it back to the States,” referring to Prince Harry and wife Meghan Markle’s recent departure from royal life. Well, the joke did go down pretty well, even compelling Prince William and Kate Middleton, sitting in the front row, to crack up.