Badla is an edge-of-the-seat watch

A kahaani of twisted truth 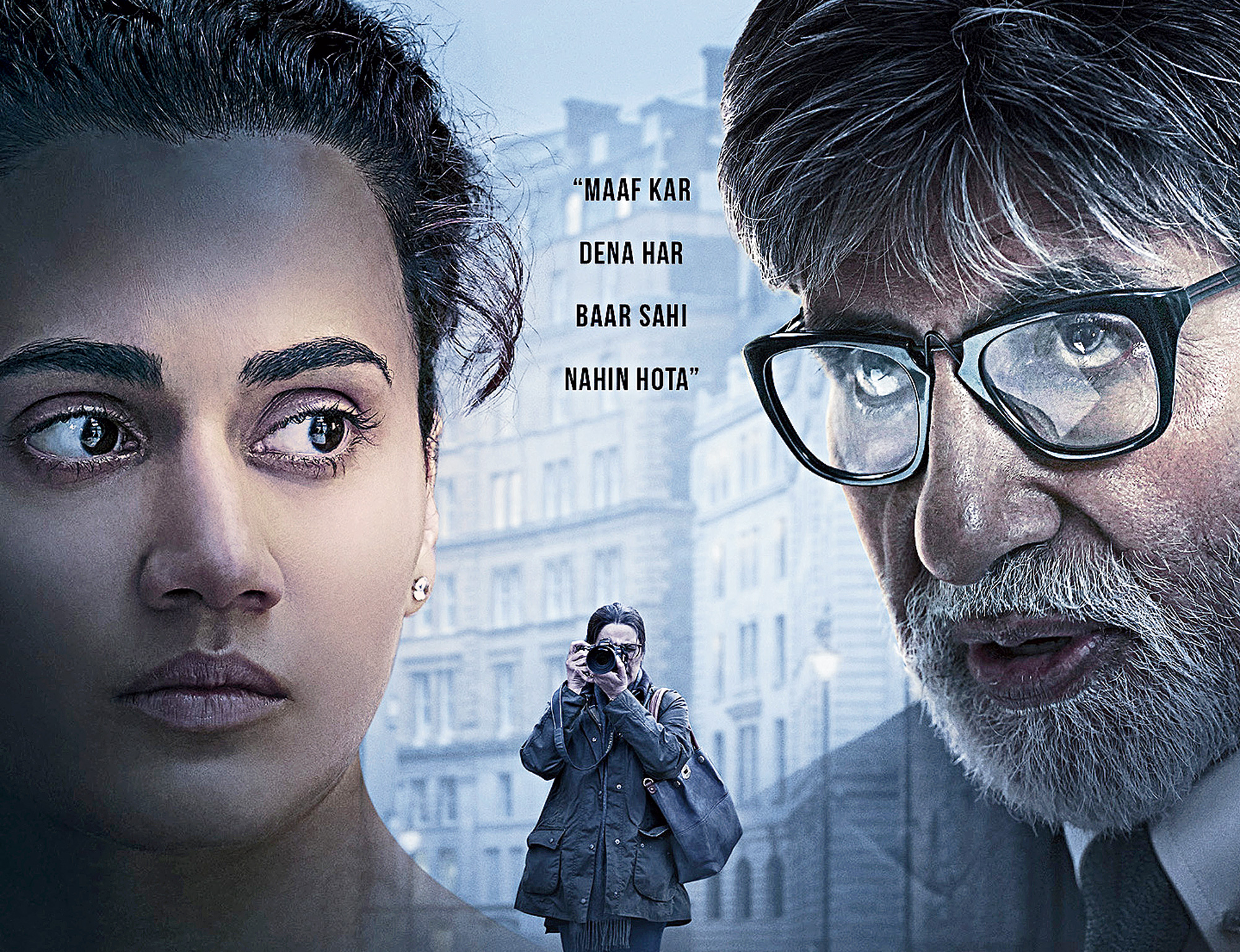 Seven years ago, Sujoy Ghosh crafted a seminal thriller born out of the bylanes of Calcutta. Kahaani turned out to be a deliciously dark watch that turned the genre on its head, fashioning the ominous from the innocuous and giving us a compelling protagonist and a memorable antagonist. It turned the city into a character, but stopped short of romanticising it, presenting Calcutta as a canvas of crime and misdemeanour.

In Badla — another thriller involving crime and passion and crime of passion — Ghosh has someone else’s material to play with. An official adaptation of the 2016 Spanish thriller Contratiempo aka The Invisible Guest, Badla, like Kahaani, is a taut, edge-of-the-seat watch that’s a fairly faithful copy-paste of the original with minor tweaks here and there. But there’s more in common between Kahaani and Badla than what one can spy on the surface. The narrative in both films hinges on different versions of the truth told through the medium of erratic narrators.

Badla is essentially a story of two rooms. A murder takes place in one, while the motive leading to the murder and its modus operandi is unravelled piece by piece in another. Rising businesswoman Naina Sethi (Taapsee Pannu) is accused of pummelling her lover Arjun (debutant Tony Luke) to death in a hotel room on the outskirts of Glasgow. Circumstantial evidence points solely in Naina’s direction and she’s facing trial for murder. Her husband has left her, taking their toddler daughter along, and in desperation, Naina seeks the help of the best brain in the business — Badal Gupta (Amitabh Bachchan), a lawyer who hasn’t lost a case in 40 years and is definitely looking to go out with a win on his last one.

Like the original — that’s available on Netflix with English subtitles — the drama in Badla arises out of the conversations between its two principal players. The genders may be reversed — the lawyer in The Invisible Guest is a woman while the accused is a man — but in both films, the thrust and parry between the two is what keeps the interest and intrigue alive.

The murder on the surface actually hides another under it and it’s in the moments when Taapsee and Bachchan hurl questions and answers, accusations and denials at each other, that Badla is most watchable. Sujoy skilfully peels off the layers bit by bit, all the while maintaining a consistent feeling of claustrophobia. What’s interesting is how he employs telling action even in these conversations — holed up in the room, the two characters constantly keep shifting positions, not just physically but also morally.

Badla shifts back and forth between past and present with cold and stark Glasgow, filmed in blues and greys by Avik Mukhopadhyay to reflect the sombre mood of the film, providing the perfect setting. The tempo flags a little at the beginning of Half Two, but the film picks up as Sujoy alternately pieces together and unravels the diverse threads of the plot, ending with a gobsmacking climax.

Thankfully, the twist at the tail comes in without any kind of Bollywood-ised drama and the end credits roll almost immediately, giving the audience space to process it slowly, just like the shock end of Dhadak did last year. But if you are a thriller buff, you will perhaps sniff the twist much before the end, even if you haven’t watched the original.

The desi touches, however, work. Analogies from the Mahabharata are often employed to illustrate the twists in the plot and Sujoy — a self-confessed Bachchan fan — wins us over with that allusion to the ‘6 and 9’ conundrum from one of the superstar’s most memorable films, Aakhree Raasta. “Kya main wahin chhay dekh raha hoon jo tumne mujhe dikhaya ya woh nau jo mujhe dekhna chahiye tha?”

That line, of course, is delivered in the way only Bachchan can and the actor is on familiar turf here, elevating his character both with his words and his silences. Taapsee is good too, but the twisted-ness of her character doesn’t come across as compellingly as her vulnerability does. Malayalam actor Tony Luke makes for ample eye candy and has arresting screen presence, but needs to work on his dialogue delivery. Amrita Singh’s is a case of spot-on casting and the actress is in superlative form, exemplifying both the angst and the helplessness of a mother.

When you name your film Badla, then you automatically give the audience a toe-in to guess who the possible criminal can be, something that the Spanish original avoided smartly with a non-committal title. Badla is a smart film, which perhaps could have been smarter.