The series is a largely compelling watch 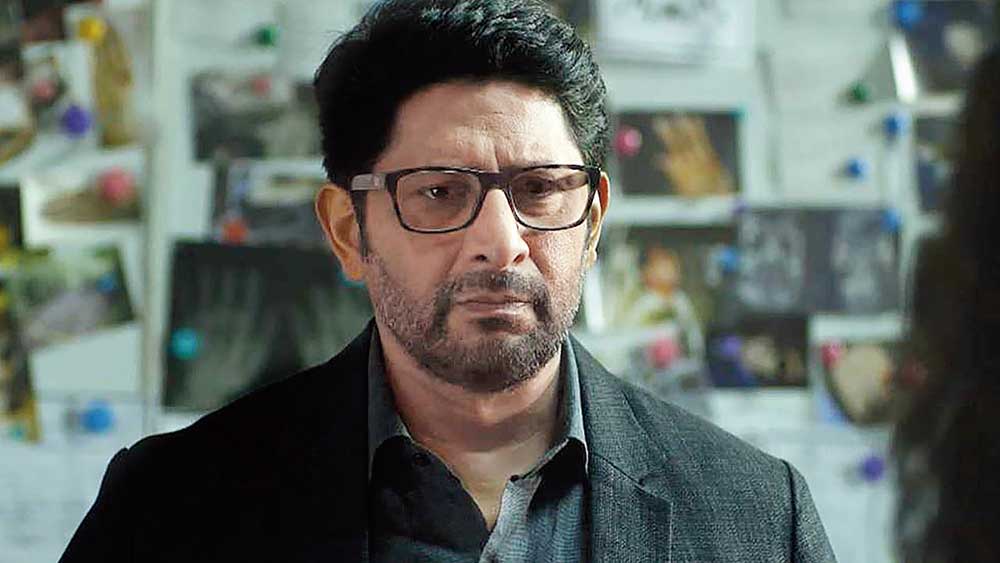 Mythology meets mystery, politics meets philosophy, thriller meets technology. That’s the sum total of Asur… a smartly written, albeit overambitious, series that manages to blend atmospherics with artistry and acting to come up with a largely compelling watch. Asur strives to see religion and science as two sides of the same coin, even as it traverses a race-against-time template to uncover a series of unexplained, grisly murders taking place in and around the national capital.

Streaming on the Voot Select app and playing out over eight episodes, Asur pits Arshad Warsi, making his digital debut here, and small-screen heartthrob Barun Sobti in a mentor-protege equation gone awry. Each episode of the series — created by Gaurav Shukla and directed by Oni Sen — operates along two timelines: the present in which a serial killer is on the loose and the past set in Varanasi, 11 years ago, that led to a murder. Needless to mention, the crime in the present is connected to the misdemeanour in the past.

Spiritually in the same space as the David Fincher-directed classic Se7en — a whodunit that used the seven deadly sins as a motif for a series of murders — Asur sucks one in almost immediately, training its lens on a string of gruesome murders (the series pulls no punches when it comes to showing things as they are, from decomposed bodies to exposed innards of cadavers sliced apart during forensic examination) that have cops baffled.

The Morgan Freeman of the piece is Arshad Warsi’s Dhananjay Rajpoot, a Central Bureau of Investigation veteran who is compelled to mend bridges with one-time protege Nikhil Nair (Barun Sobti, channelling a less emotional but more angsty Brad Pitt here), when the killer starts tipping off Nikhil with details of the murders beforehand.

We aren’t told till the penultimate episode what’s caused the rift between the two, but Nikhil is key for the CBI to even have a shot at getting to the bottom of the case. Before long, we have him giving up a job teaching forensics at an American college, bidding goodbye to his sceptical wife Naina (Anupriya Goenka) and landing up in Delhi to connect the dots. But in a strange turn of events that unfolds within the first two episodes — the frenetic pace of the show is a plus, with every episode ending on a dramatic high — Dhananjay is implicated in the murder of his own wife — again the work of the serial killer, in what is a pretty macabre murder even for a stomach as strong as mine — and lands up in jail. Nikhil, in the meanwhile, gets kidnapped by the serial killer who starts using him as a pawn to plot his next murders. Rajpoot is brought back into the case and Asur then becomes a mentor-vs-protege battle of will and wit.

Asur gets much of it right. The writing is well researched, and the terminology — whether it’s tech or investigation-related — doesn’t alienate the viewer. Its ticking time-bomb of a premise keeps one on edge, and the format encourages you to second-guess the mind and motivations of a killer who doesn’t have a set pattern — besides the fact that he slices and pockets the index finger of every victim and places a mask of an asur at the crime scene, there is nothing that really connects the murders.

What also works are some top acts from the cast. Arshad Warsi is a good choice for the morally ambiguous Rajpoot, while Sobti — for once, his dishevelled look fits the part — keeps you invested in Nikhil, who turns out to be the most intriguing character in the show. Sharib Hashmi ably reprises a role similar to the one he’s played in The Family Man, but without the winning lines. Anupriya Goenka and Ridhi Dogra bring up the rear, sinking their teeth into (rare) well-etched roles written for women.

Asur is recommended because it encourages the viewer to exercise those grey cells. However, the genre overload — the attempt to establish a thread between past and present, murder and mythology, revenge and religion… derails the last two episodes. But the show pulls it back just in time to keep the door firmly open for Season 2. Sign us up!