Anoushka Shankar pays an ode to her father, playing the sitar for Avijatrik’s title credits 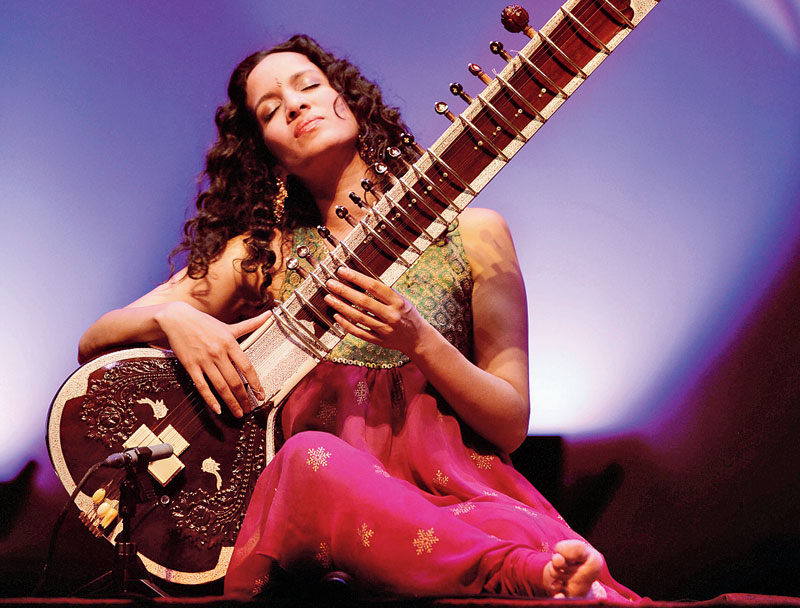 My father contributed such iconic music to the original trilogy that is kind of remembered the world over as some of the best music for film ever written. So I’ve obviously grown up knowing and loving that music. To play a small part with the continuation of that story, feels beautiful: Anoushka
Sourced by The Telegraph
Published 20.02.20, 02:13 PM

Six-time Grammy Award-nominated sitarist, composer, and producer Anoushka Shankar has played the sitar in the title credits of Avijatrik: The Wanderlust of Apu, the film that takes forward Satyajit Ray’s Apu Trilogy. Anoushka has recreated the music as an ode to her father, late Pandit Ravi Shankar, whose centenary celebrations happen to be in 2020. Percussionist Bickram Ghosh has composed music for the film. Interestingly, Pandit Ravi Shankar had composed the music for the Apu Trilogy comprising Pather Panchali, Aparajito and Apur Sansar. Directed by Subhrajit Mitra and co-produced by Madhur Bhandarkar and Gaurang Jalan, this is the first time that the sitar virtuoso has played for an Indian film. The Telegraph takes a deep dive into the music of the film.

It’s a very audacious film. A finale or extension to the Apu Trilogy is not something one attempts unless there’s a lot of confidence. It’s one of the most poetic films of our times. The music of the trilogy was created by my guru Pandit Ravi Shankarji. I have performed with him as well for more than a decade. Sukanya Shankarji has made a beautiful post about the film too. I have drawn inspiration from traditional Indian classical, which is my core form. I brought these to the table because I have immense belief in the power of Indian classical music. Avijatrik gave me a chance to go completely classical. There are a bit of folk influences in the film. There’s a predominance of sitar, sarod and Indian bamboo flute in the film. Plus, it’s set in the 1940s... it’s a black-and-white film, there’s the Apu Trilogy legacy... but there’s no following of any tradition so to say. The tradition is followed in the use of instrumentation and in the spirit of composition. I feel I have retained the essential spirit of the way the music was created. There’s my individuality to it. But because I have played with guruji... stayed with him, I imbibed a lot from him. It all came as an advantage... it helped me have reference points. I did not listen to the trilogy before composing. And this is my 35th film as a music composer. I am very happy with the score. Anoushka has played a piece — a recreation of her father’s Pather Panchali theme, which is there in the title credits and it’s a solo sitar act. The film has a huge gamut of Indian classical sounds and ragas — Bickram Ghosh
Sourced by The Telegraph

We are delighted to have Anoushka Shankar on board for this special project, and I am happy to note that she has watched many of my films — Madhur Bhandarkar
Sourced by The Telegraph

(L-R) Madhur Bhandarkar, Anoushka Shankar and Gaurang Jalan during a promotional of the film in Mumbai
Sourced by The Telegraph

The teaser poster of the film
Sourced by The Telegraph

The soulful music of the film is going to be its highlight as Bickram Ghosh has created magical tunes in the Hindusthani classical genre. It is the first time that Anoushka Shankar has played any music for an Indian film. This will be a befitting ode and tribute to her father Pandit Ravi Shankarji. We are equally grateful to Sukanya Shankarji for her kind words regarding Avijatrik — Gaurang Jalan
Sourced by The Telegraph