Advertisement
Home / Entertainment / Andor is everything Star Wars fans were hoping for: Cassian’s many shades to the making of the Rebellion

Andor is everything Star Wars fans were hoping for: Cassian’s many shades to the making of the Rebellion

Episode 1, 2 and 3 of Star Wars series Andor are streaming on Disney+ Hotstar 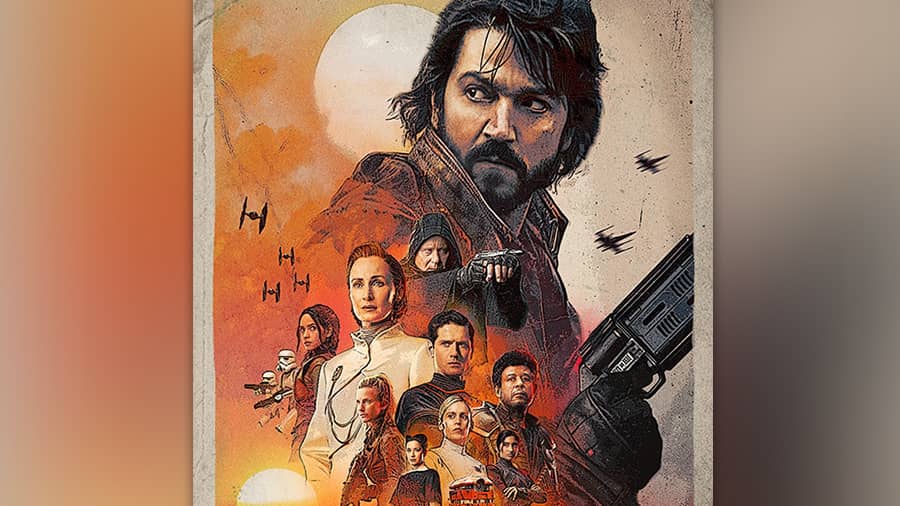 In 2016, Rogue One: A Star Wars Story showed us that prequels (in the Star Wars universe) are not always a bad thing. Six years later, Andor, the prequel to that prequel, promises to be one of the best things the franchise has had to offer. And it does so without resorting to (or maybe because it doesn’t resort to) nostalgic fan pandering via familiar characters (Bobba Fett, Obi-Wan) or baby versions of familiar characters (Baby Yoda aka Grogu, young Leia Skywalker).

One might say that Cassian Andor, the protagonist of the show, is also familiar given that we saw him in Rogue One as one of the rebel misfits who gave their lives to steal the plans to the Death Star that began the story of the much loved original trilogy. But it hardly appeals to nostalgia since we barely knew the character, no matter how appealing he was. Also, he died along with the rest of the team at the end of the movie (not a spoiler!), so no one expected him to show up elsewhere.

But shown up he has, and in a series which — in its first three episodes available for streaming on Disney+ Hotstar — couldn’t be more different from the usual Star Wars approach. There are no desert landscapes, not many weird-looking aliens, no lightsaber-wielding Jedis or Siths, no Stormtroopers, and the Empire is a shadowy presence, at least till now. Yes, there is a droid (a shout out to you B2EMO!), and yes, like all the droids that have come before (or after), it makes quite the impression.

A thief, not a hero

Andor is set five BBY (Before Battle of Yavin), that is five years before the events of Rogue One and Star Wars IV: A New Hope, and follows the journey of Cassian becoming the ruthless and committed Rebel spy we saw in Rogue One. When we meet Cassian on Morlana One, he is a thief who has become an expert at stealing Imperial tech, a Starpath Unit. When he gets into a scuffle with two low-ranking Pre-Mor (the security outfit that controls Morlana One and Ferrix, the two planets the first three episodes are set in) officers, he ends up killing both. The first by accident and the second, desperately, to cover his tracks. Very different from when he kills an informant in the opening scenes of Rogue One for tactical reasons. When he returns to the planet of Ferrix, we understand a bit more about Cassian — he steals, he owes a lot of people a lot of money, he lies, he manipulates and he is very, very desperate. His goal is survival and if he can do so by hitting the Empire where it hurts, then great.

And that is a major departure from the traditionally black-and-white, good-and-evil dichotomy of Star Wars characters. You can’t describe Cassian or his motives with an adjective or two; he is much more multifaceted than any character we have seen so far. But the same can be said about other significant characters as well, whether it is his friend Bix Caleen, the badass mechanic and black market dealer; or antagonist Syril Karn, a deputy inspector for Pre-Mor Authority, who is not evil per say, but is driven by the need to excel, is often petulant and extremely rigid.

The present is often intercut with flashbacks to Cassian’s childhood on the planet Kenari, which was destroyed by the Empire, where Cassian is part of a group that goes to forage a crashed spaceship. His group retreats after one of them is injured but Cassian stays behind to explore the ship.

In the present, a scruffy Cassian has painted himself into a corner with debts, the ‘wanted’ bulletin aired by the Pre-Mor Authority after the murder and the Imperial tech he needs to fence, not only to pay off his debts but to get off the planet. When Rebellion recruiter Luthen Rael arrives on Ferrix under the pretext of buying the Starpath Unit, the noose on Cassian is tightening. Luthen realises that Cassian can be invaluable to the Rebellion and asks him to leave with Luthen. The “revolution-averse” Cassian agrees, but not because he believes in the cause — his cause so far has been survival — but because he has no other choice.

The birth of a revolution

It is a good thing that Disney released three episodes together because, given the slow pace of the first two episodes, it might have discouraged many viewers if they had aired one episode a week. But because the episodes are between 35-40 minutes long, it feels like an extended pilot episode, where the last 35 minutes more than pays off for the slow build-up.

The events of the first two episodes and the flashbacks culminate in an epic standoff between Luthen and Cassian and the Pre-Mor officers in the present, and an escape from Kenari where Maarva (who becomes Cassian’s adoptive mother) takes Cassian from the crashed ship instead of leaving him to die at the hands of the Empire. This is the episode where the blasters come out, ships explode and speeders zoom over stunning landscapes and makes you hope that there is more of this to come.

What sets Andor apart from every other Star Wars story told, apart from the nostalgia quotient, is that it doesn’t focus on royalty or innate powers or important people who make all the decisions when it comes to a rebellion. Instead it focuses on the common people who get dragged into it because of various situations, often reluctantly, and small incidents that can snowball into major consequences. And we can’t wait to see more.