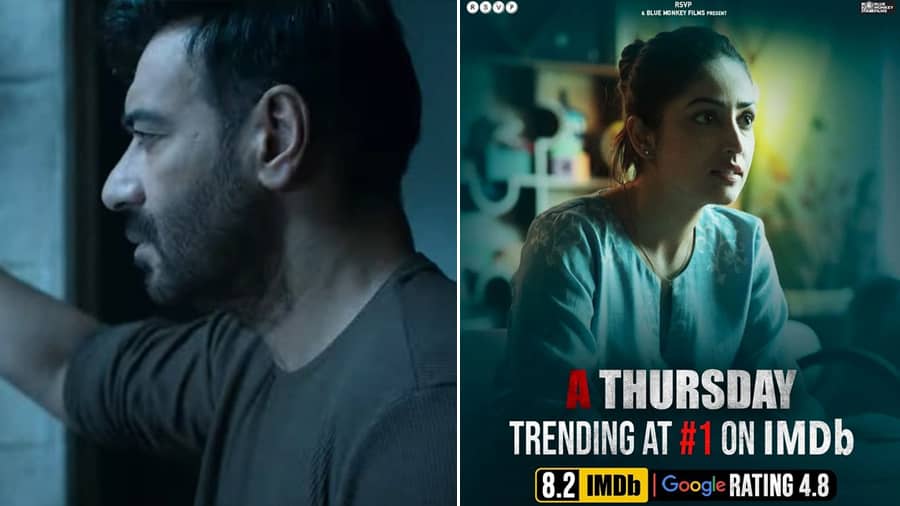 As we toggle between Netflix and Prime Video or hop from Disney+ Hotstar to SonyLIV to MX Player to satisfy our content quotient, half of 2022 has already whizzed past. Analysing viewership data from the first six months of 2022, Ormax Media, India’s first specialised insights consulting firm for media and entertainment, has come up with its report, ‘Streaming Originals in India: Mid-year Review’. The numbers compiled by Ormax show what India has watched and loved on digital platforms between January and June 2022.

Based on the parameters of viewership, marketing buzz and content strength, Ormax has ranked the top shows – both Hindi and international – as well as the top Hindi films released on OTT platforms this year.

Most watched Hindi show: Rudra: The Edge of Darkness

Viewership, which is estimated using primary research conducted among audiences across the country on a weekly level, represents the number of people who watched a show for at least one episode or a film for at least half an hour. It does not include overseas viewership and counts each audience member only once, no matter how many times they may have watched a particular piece of content. According to these metrics, the most-watched Hindi show is Rudra: The Edge of Darkness (Disney+ Hotstar), a remake of British crime thriller Luther, with Ajay Devgn in the lead as a brooding cop.

Rudra, seen by an estimated 35.2 million people, is closely followed by Season 3 of Aashram (MX Player), with a viewership of 34.3 million, and the second season of Panchayat (Prime Video), whose audience is a tad lower at 29.6 million. The Great Indian Murder (Disney+ Hotstar) at 23 million and Kangana Ranaut’s wacky reality series Lock Upp (ALTBalaji and MX Player) at 21.2 million round up the top five.

Most watched Hindi film: A Thursday

When it comes to the most-watched Hindi films on OTT, Yami Gautam’s dynamic performance in A Thursday (Disney+ Hotstar) clinches top spot with a viewership of 25.5 million, followed by the much-anticipated love triangle in Gehraiyaan (Prime Video), which garnered 22.3 million viewers, and an inspiring cricketing story in Kaun Pravin Tambe? (Disney+ Hotstar) at 20.2 million. In fourth position is the double act of Vidya Balan and Shefali Shah in Jalsa (Prime Video), with 13.9 million viewers, ahead of another double act (this time not intentional) in Sharmaji Namkeen (Prime Video) at 12.7 million, a show helmed by Paresh Rawal after the passing of Rishi Kapoor.

Among the international shows most loved by Indians, Marvel Studios, unsurprisingly, dominates. Marvel’s enigmatic Moon Knight (Disney+ Hotstar) comes in at number one with a viewership of 23.4 million, while Kamala Khan’s Ms. Marvel has to settle for second spot, having raked in 16.7 million viewers.

Netflix, which seems to be struggling in the OTT wars, has its first representative on this list with the fourth season of Stranger Things, seen by 15.8 million people, which makes up the final podium place, ahead of the third season of The Boys (Prime Video) at 9.6 million and another Netflix original in All of Us Are Dead at 7.8 million.

On the parameter of marketing buzz, which Ormax defines as “a score on a 0-100 scale that measures the percentage of the audience that recalled a show or a film unaided… highlighting the talk value of the content”, some interesting patterns emerge. For TV shows in Hindi, the top three on the popularity charts interchange places, with Rudra’s score of 27 only good enough for second place. Panchayat is in pole position with a score of 34, while Aashram is third at 21. For Hindi films, the marketing team of Gehraiyaan deserves an applause, for its score of 25 in first place is more than double that of A Thursday and Dasvi (Netflix), both of which share the second spot with 12 percentage points. The pattern is not too different in the category of international shows, with the buzz for Stranger Things (26 points) dwarfing that of Moon Knight (16 points) and Ms. Marvel (10 points).

Lastly, when assessed on content strength, defined by Ormax as “a score on a 0-100 scale that represents how much a show or a film is liked by its viewers”, some new names emerge. Panchayat leads the field of most-liked Hindi shows with a score of 75, but there are  breakthroughs for SonyLIV originals Rocket Boys and the third season of Gullak, which occupy second and third positions with scores of 67 and 64, respectively. The most-liked Hindi film sees a tie between Kaun Pravin Tambe? and A Thursday, with both locked on 66, two points ahead of Thar (Netflix). The most-liked list for international shows has a familiar look, with Stranger Things pulling clear at 76, well ahead of Moon Knight’s tally of 67 and Ms. Marvel’s score of 65. The most-liked bracket also sees Ormax introduce international films (seen by Indian audiences only), which is headed by The Adam Project (Netflix) with a score of 63, with Hotel Transylvania:Transformania (Prime Video) second with 61 and Spiderhead (Netflix) finishing third on 60.