... And also attention from fans and tackling trolls 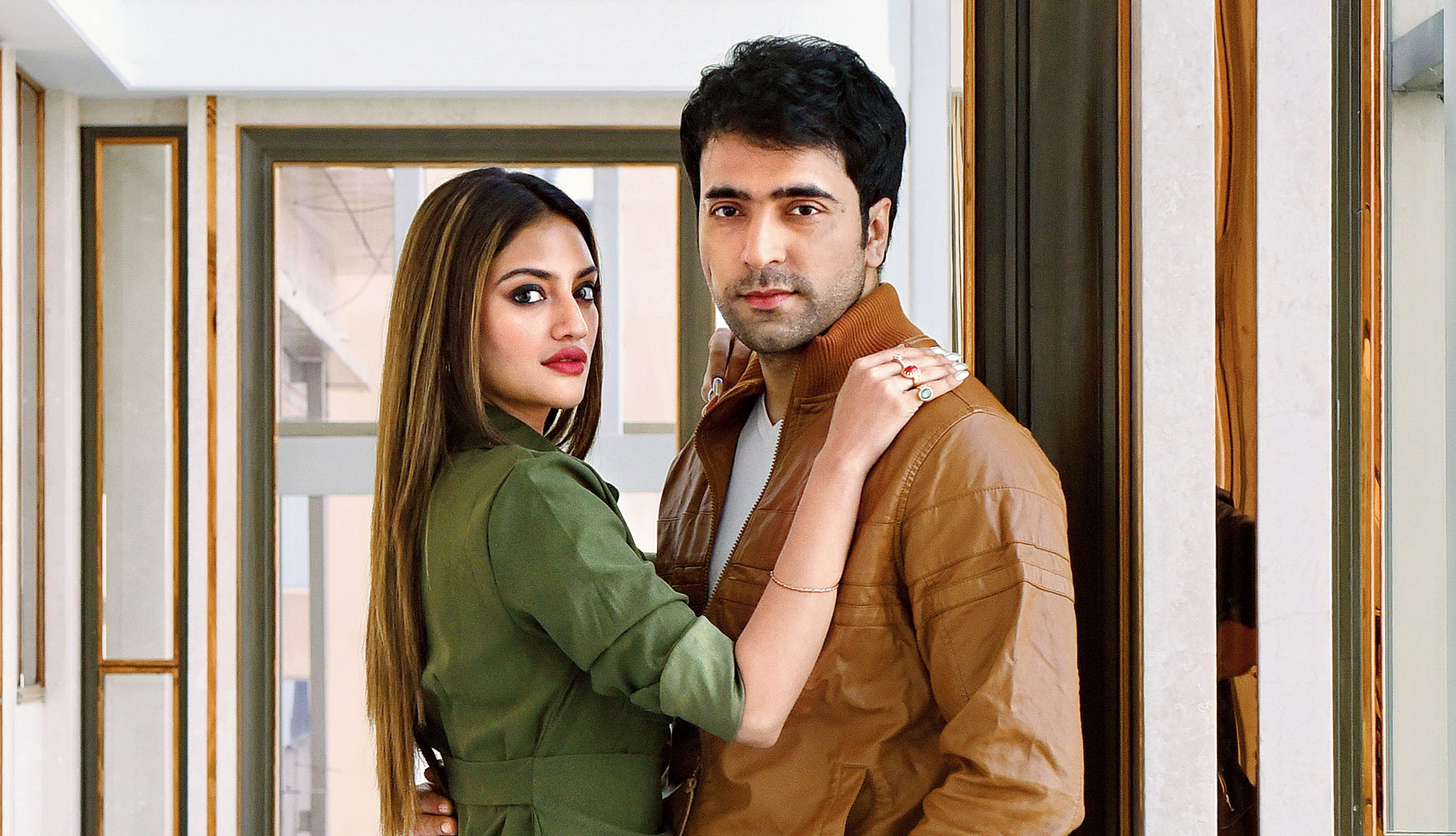 Abir Chatterjee met Nusrat Jahan for the first time on the sets of Nusrat’s first film Shotru (2011). “I had gone to meet Raj… we were planning for Proloy Aschey at that time. I saw her there. Raj introduced us. The one thing that has remained the same about Nusrat is that she talks a lot (smiles),” said Abir. “We went to Turkey to shoot the song sequences for Shotru. It was cold, it was my first film. Jeetda was very supportive,” said Nusrat. A t2 chat with the duo who star in Asur…

Nusrat told us recently that she is the female Abir Chatterjee!

Nusrat: Tomar karur shaathe jhamela nei! Everybody talks good about you. And people are talking good about me also!

Abir: It is not like that. See, if I have something to say, I’ll tell that person. If I like a film, I will tell everyone, I will spread the word. And if I have certain observations, I’ll tell the maker directly. We have all come here to work… and through the working process we become friends. Primarily, the work is important.

Is it an added pressure to be the good person always? Maybe you want to comment on different things, but hold back for certain reasons…

Abir: That is true. That has happened. I try to control myself… and there are lots of reasons for that. There is no point in spreading negativity. And the other person might have an alternative view. Seniors see me in a different light. And if I feel bad about something, I try to keep it to myself. I am trying to maintain this for the last couple of years. Maybe, I will share my thoughts with a very close group of friends.

Nusrat: Exactly, I feel the same way too. You won’t see me going up to people and talking to them upfront and telling them where they have gone wrong. This is not diplomatic behaviour. This is how one has moulded oneself.

Abir: There is a certain amount of maturity also. With my age and experience, this kind of maturity is necessary.

Abir, do you get trolled?

Abir: Yes, it has happened in the past one or two years. I was new to trolling. Initially, I did not know how to react. I was confused; then I got angry and finally I got used to it. But I need to learn this from her… how to deal with trolling.

Nusrat: I don’t want to give the trollers any attention. The best thing is to ignore them. I was shocked when I got trolled for the first time.

Abir: And sometimes one doesn’t really understand why one is trolled… the reason beats me. I have noticed that celeb bashing is very popular among the trollers.

Nusrat: The same people will come up to you later to take selfies.

Abir: It is an attention-seeking behaviour.

Nusrat: They are your lovers in disguise!

Why haven’t we seen the two of you together more in movies?

Abir: It depends on the producers and directors. Asur is here, so let other people plan the next one. It is a great sign that there are no separate categories for cinema now (the two were in Har Har Byomkesh).

Nusrat: Everything is mainstream now.

Abir: All of us are trying to get into that zone where we can reach out to more people.

Nusrat: Asur has been lucky for us. We are getting amazing feedback… we look good on screen.

Abir: We are also event partners.

Nusrat: I call up Abirda as the Pujas come near. Abirda in Asur is so far away from his Byomkesh. Asur is an emotional film, and you’ll get to see a different Abirda. All three of us (Jeet, Abir and Nusrat) have so much space and scope to perform. He has a nice character graph.

Abir: Thanks to Pavel, I got a role like this… a person hopelessly in love. And the three characters are equally important.

Nusrat: Yes, Pavel gets the credit for this.

You mentioned space to perform. How was the scene in the past?

Nusrat: I have done films in the past where the male protagonist had the most to perform and I was very happy with my songs. Those films made me whoever I am today. That did not bother me. But when you get a script like Asur, you feel good as an actor.

Nusrat, have you ever taken marriage-related advice from Abir?!

Abir: Not from me. She is close to Nandini!

Nusrat: If I had to, I would take advice from Nandinidi… because she has to handle all that attention showered by female fans on Abirda (smiles).

Abir: Nusrat’s wedding invite went to Nandini first. Then it came to me.

Nusrat: There is a lot to learn from Nandinidi. Both of them have amazing understanding between them.

How is Nikhil dealing with the attention from your male fans?

Nusrat: He is digesting it slowly. He knew me as actress Nusrat Jahan first. So he had an idea. Now, he says, ‘You have a lot of fans, but I am your only AC. So it is okay!’ (laughs)

Nusrat: Yes, I had one, and I had to put him behind bars. This was like two years ago. This person used to stalk me everywhere. He would be present at my events. One day at an event, he walked up to me and told me to come home quickly. I got scared. None of my security guards at that time could spot him. One day we went to Krishnanagar for promotions, and this man travelled to that place from Calcutta. We finally caught him there.