Advertisement
Home / Entertainment / A thriller with Naxalism as the backdrop

A thriller with Naxalism as the backdrop 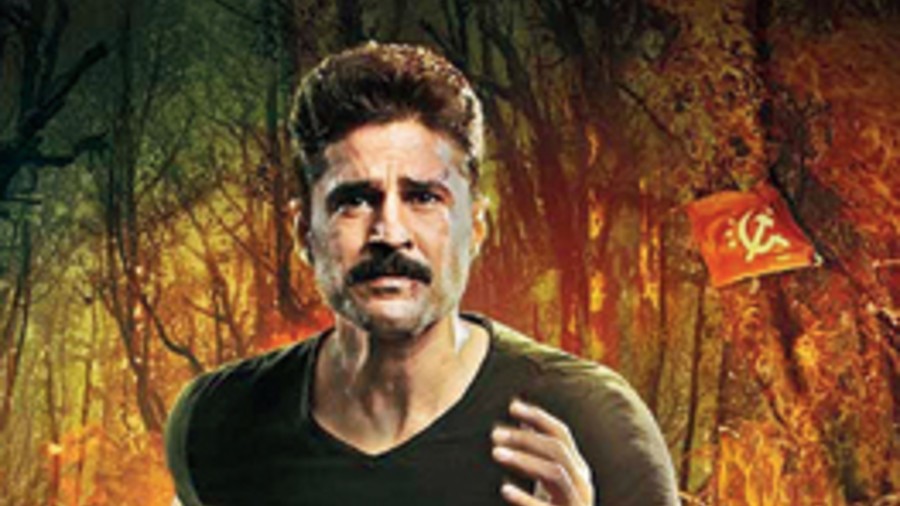 “Hi, I am in Goa. I just came back,” Rajeev Khandelwal greets The Telegraph over phone, sounding relaxed. The actor, who made a successful transition from a fabulous innings on the small screen to the big screen with Aamir in 2008, is now bestriding the OTT platform with back-to-back projects. He talks of his latest release Naxalbari, streaming on Zee 5.

Where was Naxalbari shot?

You have a house there, right?

Yes. We were supposed to shoot this in March in the jungles of Madhya Pradesh. But the lockdown happened. They (the producers) realised I was in Goa, and Goa was then relatively safe. So they changed the location and cast those available in Goa. There was no content in the market and they wanted to quickly shoot the series. Only a few technicians were flown down from Bombay. But things got delayed and we ended up there in the peak of the pandemic. The places where we were shooting were the hotbeds of Covid-19. When we had booked the locations, no one anticipated that!

It must have been risky!

Though the shooting was very elaborate, with physical contact, and it was peak monsoon, not a single (Covid) case happened (in the unit). Of course, the makers couldn’t shoot the way they had planned. There were elaborate sequences, like when there were attacks on a village. But they could not get 150-200 people in one place. Just 50 were allowed on the sets. It was challenging for the makers.

How far was the location from your house?

My house is in North Goa, near Mapusa. But I was worried about bringing Covid home and stayed in the resort. But when there was a three-day break, my wife Manjiri protested: ‘Kya tu wahin rahega aur main yahan?’ So after that, I would come home every time we had a break. We shot all over south Goa and in Panjim. Our resort was in Vasco, the hotbed of Covid. Then we continued in Bombay.

How different were things on the sets?

Friends and family kept saying: ‘Kya tu pagal ho gaya hai? Kyun bahar ja raha hai? Kya zaroorat hai kaam karne ki?’ We were also reading all kinds of things on Covid. But they (the unit) were coming all the way to Goa to shoot and as an actor, I was excited to go back to work. The first day, there was a different level of paranoia. There were all kinds of sanitisers on the sets — fabric sanitiser, floor sanitiser, surface sanitiser, food sanitiser to clean spoon and plates…I thought: “Baap re, what is going on!” With the masks on, we didn’t even know each other facewise.

How was the first day of shoot?

We started from July 11. It was peak monsoon. The shot was an action sequence in the jungle, with scorpions and leeches. Social distance maintain karne koh bola gaya toh sab 6-8 ft door hi baith rahe hai. But in the rehearsal, they said: “Bhai, five-six jan peechhe se aayenge, aap ko wahan se pakrenge. Aap yahan do punch maroge.” And I thought forget social, there was not even an inch of distancing! Pehla sequence yehi mila! Soon we were all over each other, rolling in the mud. That day sent our paranoia out of the window. After that, we were chilled out on the sets. After the shoot, if you were staying in a resort, you’d normally meet in the evening, have a drink and chat. Here there was nothing. Everyone went to their rooms. It was like curfew. 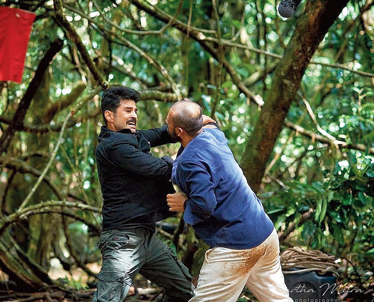 An action scene from the show Naxalbari
Sourced by the correspondent

How much does the story borrow from the actual Naxal movement?

There was detailed research on Naxalism in the script that they had come to me with last August. I had very little knowledge about Naxalites — jangalon ke andar ghumte hai, highly trained etc…. But not too many people know why the movement started, what was their agenda, whether people are exploiting the movement, what are urban Naxals... it was very interesting to read that. The original series had three generations of Naxals. So it showed how it started and how it lost its goal. But six months later, the creative team wanted to simplify the script. Then Covid happened. Toh uss mein se bhi aur thoda tweak kiya as protocol was getting in the way. The series shows perspectives of both Naxals and security forces and dwells on the question of who benefits from it. There are losses for everyone, including the common man. But some take advantage of it — businessmen and petty politicians who would never let the issue get resolved. So it’s a straightforward account of police versus Naxals, with some politicians and corporate guys thrown in.

Tell us about your role.

I play a cop in the world of Naxals. He has a bit of baggage. An officer sees it from his perspective — that his men are dying from their landmine blasts etc. I would advise the audience not to come in with the expectation of an in-depth series on Naxalism. It is a thriller with Naxalism as the backdrop.

Your last outing Marzi was a crime thriller. Before that you went into the kitchen with Coldd Lassi aur Chicken Masala. Are you enjoying the variety that OTT platforms are giving you?

Yes. And my next is dark comedy, which I am super excited about. I couldn’t even imagine someone would approach me with something like that. Everyone is getting variety, both the actors and the audience.

Is the web portal a more democratic platform where it does not matter whether you are a big star or not for you to make a mark?

I would not say big star. Some people are senior or have more spending power for promotions and lavish production. Some really big films have recently come on digital platform and have been ridiculed. Seeing them, you wonder how could they even think of releasing such a terrible film! Then you realise that they would have released it with so much fanfare that for the first three-four days, people would have gone to the theatres expecting something spectacular. By the time they figured out, they’d have made their money. But on a digital platform, it is ridiculed on Day One itself and word spreads fast that it is a terrible film. Things are going to be tough for a lot of people as they ride on a lot of things, not just their own individual talent. They need the right kind of mounting, a blitzkrieg of publicity, forcing the audience to believe that this is the next big thing that they have to watch. On digital, it is a different ball game. Here you have to engage the audience.

Do you have any preference in genre or medium?

You mentioned theatre. You have done stage for Tata Sky Theatre.

That was the biggest high of my career. I haven’t felt happier doing any project than I felt after Court Martial. It came on Tata Sky just before lockdown. We did it end of last year.

Since this was captured on film, how different is a documentation from a normal play?

It is different. But when you do the grand rehearsal on the penultimate day it is done exactly like a play. There are no cuts. The only thing missing was a packed auditorium. For the shoot, they cut the 90-minute play thrice, to change the camera angle. Even then, who shoots for 30 minutes at a stretch? We do maximum three to four minutes at a time. I was the only one from a non-theatre background. Everyone else was from National School of Drama. When they clapped, I couldn’t contain my excitement!

How did the lockdown go?

It was an extended holiday. I was in Goa, in my recreational home, doing gardening, having organic food from the garden. We’d distribute vegetables if we had excess. Koi fishing ke liye gaya toh mere liye fish leke aa jaata tha. In times like these, you realise how magnanimous are people who are not as privileged as you are. We didn’t face the heat of lockdown as we could move around outside in our property, do pranayam and yoga. That’s why I was so eager to go back to work after the long vacation.