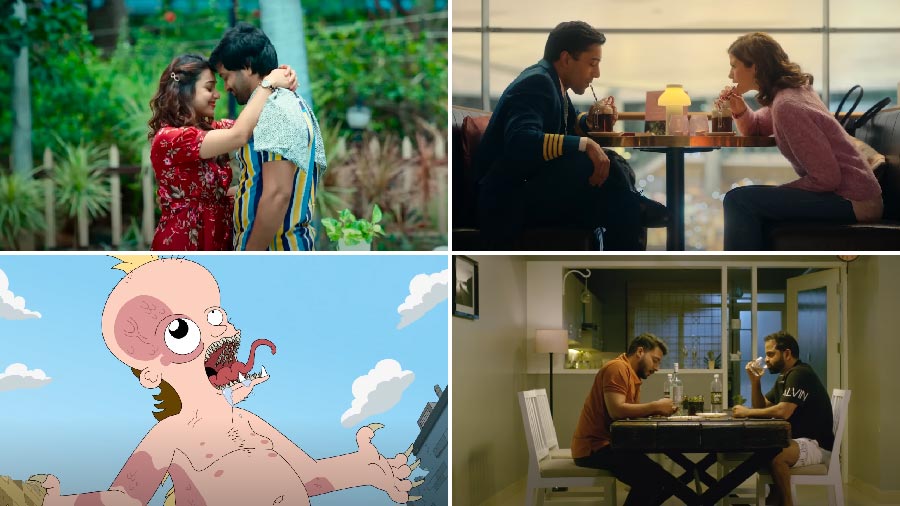 In the teaser, Sohel plays a middle-class youngster who considers himself unlucky as nothing goes right in his life. The teaser promises a fun ride.

Lucky Lakshman will arrive in the cinemas in December.

A storm for Christmas

In the trailer, we see many flights cancelled in Oslo Airport due to a massive snowstorm on Christmas eve. Many people are stuck and all of them have stories of their own.

A storm for Christmas will arrive on Netflix on December 16.

The trailer shows us glimpses of a weird monster destroying a city. We are then introduced to the main characters of the show and ‘Paradise Party Dudes’. A large corporation wants to move its operation to Paradise City, but the chief of that corporation has evil intentions.

Paradise PD Season 4 will be streaming on Netflix on December 16.

In this teaser, Vinay and Anu are seen playing a couple who run an interior design firm. It promises a breezy family drama involving a young urban couple.