Advertisement
Home / Entertainment / A Shadow and Bone: worthy adaptation or not

A Shadow and Bone: worthy adaptation or not

Fan weighs the Netflix series versus the book. Spoilers ahead! 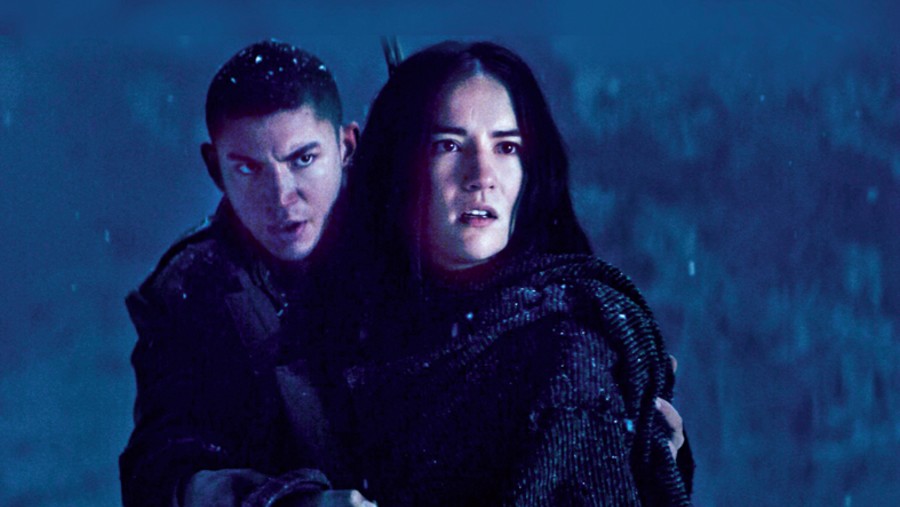 The number one fear of your average reader (other than creased book spines and dog-eared pages, of course) is the possibility of a book-to-screen adaptation of their favourite literary text with the absolute butchery of the same on screen by film-makers who just don’t seem to ‘get it’. Of course, there have been many exceptional adaptations (Harry Potter, anyone?) and many miserable failures (and we mean many!)

The screen adaptation of Shadow and Bone, released as a Netflix series late last month, seems to just about fit somewhere in the middle of this spectrum. A reasonable adaptation, which is produced by author Leigh Bardugo herself, it is bold in its approach as it combines two books from the Grishaverse —Shadow and Bone and Six of Crows — to create an intriguing tale that moves out of the canon to give both first-time watchers and Grishaverse veterans some serious food for thought.

What makes me a fan of the show? Kit Young as the enigmatic Jesper, who practically bleeds through the pages in a larger-than-life presentation of the character. He cuts through the dull monotony of done-to-death fantasy fiction cliches and offers spice, fun and sass to the package, goat and all (yes, we miss Milo!) Jesper offers some much-needed comic relief in the dull sea of seriousness and breathes life into the show that would be certainly lost without his charisma, charm and that handsome face (both his words and ours!) Kit Young shines in a role tailor-made to fit him as the true representation of the Crows. No mourners, no funerals, and certainly no disappointments here.

Five ways in which the series is faithful to the book

A huge reason for the success of the Shadow and Bone series is the fact that it doesn’t attempt to go out of its way to alter the skeleton structure (pun intended) of the first book on which it is based.

• “The servants called them malenchki, little ghosts, because they were the smallest and the youngest, and because they haunted the Duke’s house like giggling phantoms.” So begins Shadow and Bone by Bardugo, right at the doorstep of the famed orphanage of Keramzin where the lives of our protagonists Mal (played by Archie Renaux) and Alina (played by Jessie Mei Li) intertwine in a third-person narrative structure and continue to do so for the rest of the trilogy.

The series does well to honour and retain this backstory of the orphanage, an easy aspect to write off, but what is really the trigger behind the chain of events that move Alina from being a mapmaker to an all-powerful Grisha. Bonus points for retaining the character of Ana Kuya, the formidable housekeeper at the orphanage, and not forgetting her in the grand scheme of things. It’s the little things that count (yes we are still salty about Peeves the Poltergeist).

• Second, the Shadow Fold. An albeit difficult plot point to altogether ignore, the series takes the Shadow Fold one step further and executes it ingeniously to map the Grishaverse and give a pictorial understanding of the lay of the land, something the initial books don’t quite get right. The Fold is also instrumental in triggering events like the civil unrest in West Ravka, and thus aligns conflicting narratives existing outside the canon just by its geographical significance. The mapmakers of the First Army have evidently been kept busy and we are not complaining.

• Third, the Cut. A powerful blink-and-you-miss Grisha move that can slice whole men into half. Let’s face it, reading about it was cool enough, but watching Ben Barnes as the Darkling channel the Cut using modern-day CGI and slash through the enemy like it is nothing, is a fangirl moment. Readers from all over the world are very glad that this part of the book wasn’t written off the script.

• Fourth, the backstory of Matthias (played by a dreamy Calahan Skogman) and Nina (Danielle Galligan) is the only thing from the Six of Crows’ canon that is preserved in the series. Everybody loves a good enemies-to-lovers trope and the story of a Druskelle soldier sworn to hunt the very Grisha woman he saves (ahem, multiple times) is a cliche, against all odds and expectations, done pretty well. Calahan Skogman and Danielle Galligan bring Matthias and Nina alive with their fun banter and sizzling chemistry, while the script strives to preserve the central conflict of prejudice against Grisha, fundamental to the story and the politics of the Grishaverse.

• Fifth, the liberation of Malyen Oretsev. It isn’t just that the backstory of Mal and the importance of his character were preserved in the adaptation, it is that his character was revamped, pepped up and served fresh and fine to the audience in a manner most befitting the role that he plays. A point of frustration for all readers of the Shadow and Bone trilogy has been Mal and his choppy character development, making him an often unliked character to readers, up until Bardugo offers him redemption in Ruin and Rising on account of a better surge of writing. But one cannot deny that this is a rare instance of when the adaptation surpasses the book in its treatment of a character. Credit in part goes to the sincerity of Archie Renaux who plays Mal exactly as Bardugo probably intended him to be but failed to execute in her debut novel. Netflix clearly wasn’t making that same mistake again and scored brownie points with this casting.

Five ways in which the series deviates from the book

• No mourners, no funerals, and certainly no Crows were supposed to be a part of the Shadow and Bone series. This is wholly due to the fact that the Crows — Kaz, Inej and Jesper, from the Six of Crows duology — belong to an entirely different timeline that exists two years after the events of Ruin and Rising, the last book in the Shadow and Bone trilogy.

The Crows were never supposed to have crossed paths with Alina and the Darkling, and yet they do, in what is seen to be a prequel to the events that transpire in their true timeline. The brains behind the production were ingenious in making use of Bardugo’s most beloved characters, in light of the fact that her Shadow and Bone series is often criticised for being shoddily written. The Crows, therefore, appear and offer much respite with good comic timing, an exciting heist, the occasional use of a goat and a different perspective to the central chain of events. Convincing or overly ambitious? You decide.

• Another underlying topic in the books that is wholly ignored in the series is the ranking of different Grisha according to the powers that they hold and the subsequent differential treatment meted out to each as a result of that. This power division is often confusing for the readers, and it makes sense for the series to have left it out. However, this was pivotal in the central conflict of Alina, an outsider recently enlisted in the Grisha ranks, and the resulting division of Grisha loyalties towards her, that later influences her character development.

This is, however, replaced with a new addition to the storyline that is Alina’s race as half-Shu. In the book, Alina’s race is never explicitly mentioned, with her features just described as pale and skinny. A point of debate has erupted with the audience, since criticising this twist in the character narrative and calling the racist rhetoric Alina is subjected to, as distasteful on account of Jessie Mei Li, who plays Alina, being of Chinese descent.

• Another step away from the book is the Darkling’s use of the name Aleksander Kirigan. In the books, the Darkling goes by just, well, ‘The Darkling’, with the true nature of his name later serving as a basis for an important twist in the tale. Ben Barnes, however, requires no such forbidding title and manages perfectly well to channel the persona of the mysterious and brooding army general with ease and style. We are a fan.

• Finally, if two different timelines of the Grishaverse are set to collide, then some collateral damage is bound to happen (all for the greater good, of course). The series creates new characters to help spin the Grishaverse yarn and connect different storylines to make it all make sense. Characters like The Conductor and General Zlatan, all central to the plot but wholly absent from the book, make an entry into the Grishaverse and pull the team along, making the reader wonder why Bardugo didn’t think of it first. Well, better late than never, we always say.