A post-release chat on Human with co-director Mozez Singh

Mild spoiler alert if you haven’t watched the show yet! 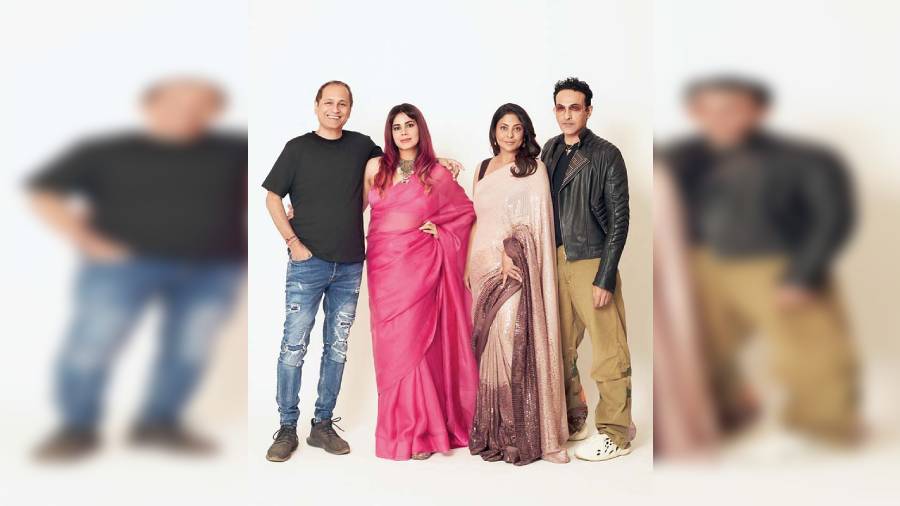 Human, a 10-episode series on the underbelly of the medical business with special focus on the murky goings-on in the world of human drug trials, is currently streaming on Disney+Hotstar. t2 caught up with co-director Mozez Singh (Vipul Amrutlal Shah is the creator and also a director on the show) on the good and bad of Human, frontlined by Shefali Shah and Kirti Kulhari.

What’s the feedback been like so far, good and bad?

I am not being biased, but I must say that 80-90 per cent of the feedback has just been incredible. The team has been inundated with so much praise... it’s all very humbling.

The one complaint that has come in is that 10 episodes is a lot. The mood for a series has now shifted to six or eight episodes in general. But when Human was commissioned almost three years ago, 10 episodes was the way to do it.

The good thing is that most people are finding the show gripping, irrespective of its length. They are binge-watching it. Everyone has told me that the cliffhangers are really intense. Even if they are tired and sleepy, they are continuing to watch. Many of my friends have called me at 10pm and said they are starting to watch the show and they will keep me posted once they finish it in two days. And then I get messages the following morning at 6am to say, ‘We can’t stop!’

That’s been really fun to hear because when you write something, you do it in the isolation of the writers’ room with your team and you just have each others’ counsel to depend on. And when you shoot it and put it out and the world reacts to it favourably, it’s a real pat on the back.

What was your reaction when Vipul Shah approached you with the idea of Human?

When Vipul sir first met me, he gave me a very different script. He gave me the script of a feature film which was set around the world of human drug trials, but it was not this story at all. The script didn’t work for me, but I was intrigued by the whole aspect of human drug trials. I am from the Ranbaxy family... my grandfather was the founder of Ranbaxy and I have grown up in the world of pharma. I told Vipul sir that I wanted to write an entirely different story on human drug trials and I started to think about what you now get to see in Human... I wanted to put an LGBTQ story in the middle of it, I wanted to tell a story about class divide.... I called up my frequent collaborator Ishani Banerjee and together we developed this whole world of Human. Vipul sir was living with the idea for a long time and all credit to him for it.

How important was it for you to put in the LGBTQ angle involving Kirti Kulhari’s Saira?

I am LGBTQ and very loud and proud about it. It’s not that every story I want to tell has to be an LGBTQ story, but I wanted to use the opportunity of Human to very poignantly and sensitively portray what it feels like to be a closeted homosexual, and how you start to live this double life and it starts affecting all your relationships. I wanted to talk about how important it is to come out and tell your truth because that sets you free.

I am the only LGBTQ person on the show and everyone was really, really supportive of what I wanted to say. No one batted an eyelid, it was never an issue... everyone just said, ‘Great story, let’s go for it!’

The show has so many angles, so many stories and sub plots and a huge number of characters. What was it like bringing it all together?

The writing was a huge challenge. First, because we were writing in the middle of Covid in 2020 and it was quite a task being creative at that point of time because everyone’s lives were affected in some way or the other. It was not easy writing this.

And, of course, the challenge, after that, was to shoot the show. We had so many locations and so many characters. This was a show that demanded us to shoot in a lot of real locations. We shot in Bombay and Bhopal and had to make sure no one fell sick, even when we were shooting in slums and crowded places. We had a lot of action sequences to shoot, and that was a challenge to shoot in the middle of Covid.

A lot of people have asked me how we managed to weave in so many threads together. Yes, it was challenging and I am not trying to sound clever here, but it was not so challenging that we were dying under the weight of what we were trying to create!

But it feels that since you had 10 episodes to tell your story, you did try to pack in too much, with some threads being disposable in the larger scheme of things...

I completely disagree with that because I don’t think that anything that we have put into the show is unnecessary. We wanted to tell a story about many things... human drug trials, class disparity... we have three principal characters (Gauri Nath, played by Shefali Shah, Kirti Kulhari’s Saira Sabharwal and Mangu, played by Vishal Jethwa) and we wanted to do justice to each strand.

Also, if we are telling a story about such an important thing like class, we had to involve all the aspects that we could. And I think everything ties up in the end. The show illustrates that as a society, as humanity, we are all interconnected and what you do in your palace affects someone living in a slum. It’s a universal story.

Were there moments on set that surprised you pleasantly in terms of how the actors took your material and elevated it?

We had an incredible cast and full props to (casting director) Mukesh Chhabra for that. There were many, many moments in which both Vipul sir and I were completely astonished by what the actors did in front of the camera. Shefali can speak millions through her eyes, and there is that moment in Episode 6 where she is firing Dr Shinde (Atul Kumar) and she’s not even looking at him. Her expressions are phenomenal in that scene and also in that moment where she is grieving at the altar of her son.

Then there is that scene where Kirti is confronted by her husband (Indraneil Sengupta) about her sexuality, and also that scene where she comes out to her parents. Mangu’s sister beating him up when she hears the truth and also the scene when his mother dies. The purity of youth in that scene when Mangu and Deepali talk. I had a lump in my throat during many moments on shoot because I was like, ‘What are these actors giving us?! Wow!’

So can we expect a Season 2 of Human?

Yes, definitely. We are already talking. I can’t tell you yet what we are going to be doing, but there is a very interesting idea for Season 2 and we will take it forward for sure.