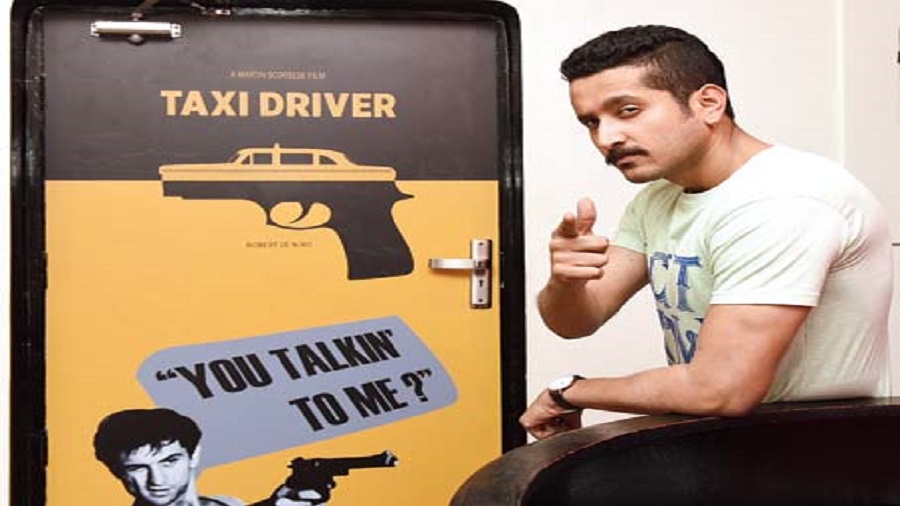 Tiki-Taka is getting mixed reactions. How are you taking it all in?

I don’t think it is mixed… it is by and large very, very enthusiastic and encouraging. Only some of the critics have looked for logic. They have found certain anomalies. But people who have been watching it, which is a fairly big number, have been encouraged and inspired very much. They really have enjoyed the rollercoaster ride. The general audience reaction has been ecstatic.

The film is a farce, having incidents and behaviour that is at times ridiculous but amusing... with ludicrously improbable situations made intentionally. Film-maker Emir Kusturica excels at this genre. But do you feel there was a gap in communication with the audience?

The improbable and sort-of ridiculous situations are absolutely intentional. Yes, Kusturica is a very good mention here. I have been a fan of his for a very long time. Although I cannot say we have gone all the way to become him... that is probably not possible. I cannot compare myself to him. But yes, tonality-wise we have tried to achieve that at times. Even if we have achieved three per cent of his tonality, that is a great achievement on its own. But I don’t think there is any gap in communication. People have found all the characters adorable. They are pretty clear about who is doing what and why. There will always be certain sections who will find certain parts of a film not so likable, and the same parts will be liked by others. I have not come across a single reaction that mentions a gap in communication.

The way Saswata Chatterjee and Kanchan Mullick communicate reminded us of you and Dev in Zulfiqar. Is there a connection?

There is no connection (smiles). We have tried to play upon the stereotypes of films of different genres. A big part of Tiki-Taka — produced by Ratan Shri Nirman (Navratan Jhawar), Ten Films in association with Roadshow Films —  plays on certain stereotypes, cinematic devices and social perceptions.

What is it about comedy that draws you towards it to direct?

The basic idea is that every human being is  faulty. We all have our idiosyncrasies and loose moments when we tend to do things that are beyond the rationale. That actually creates this big conundrum… this big pot of misunderstandings and mismanaged situations. All these things that come out of human frailty find its way into this one big melting pot, which creates this matrix of comedy. That is what excites me most about comedy. It is basically in praise of human folly.

Do you feel your public image — of a thinker and intellectual — overshadows certain screen characters you play? Is it difficult for people to imagine you as certain characters?

The majority of the people are really appreciating and enjoying it. They are quite surprised to see me in this avatar. And that is the pay-off for me. This is an artiste’s quest… a quest to break himself or herself, and engage in different adventures.

Why not go all out with the farce? Why have this mom angle for Khelechhi with a sob story? This constant shift is jarring at times.

He does not come from Africa out of his own will. Our protagonist needs to have one human angle on why he is doing what he is doing. He is engaging in illegal cross-border activity because he has certain circumstantial bindings on him. His situation forces him to do so. Otherwise the sympathy angle on the character does not stand.

Why would Khelechhi ask an unknown taxi driver, Raju (Parambrata), he is meeting for the first time for the whereabouts of PK (a mafia boss)?

Because of the state in which he arrives in Calcutta explains why he gets into the cab and starts shouting PK, PK. He is a young man... has never been outside his country, lands up in a place like Calcutta… with very alien people and not meeting the people he was supposed to meet. He comes in with the information that there would be people to receive him… but there is nobody. He has to wait at the airport for quite some time and then comes this taxi driver… when the cops start looking at him, he is bursting with anxiety. That kind of comes out venting as soon as he is inside the cab.

Journalist Bonnie’s (Ritabhari) first meeting with Raju… why does she believe that Khelechhi is an international footballer? She does not ask him a single question, until much later. Why does she completely go by what Raju is saying? The editor believes her… he does not check with the sports team. That section — of the role of the media — was hard to believe. What happened there?

Same can be said about why Bonnie believes in Raju. She is desperately looking for some kind of validation from her newspaper… that can come by providing a sensational piece of news. For her, this piece of news is that last thing she latches on to. If you come to think of it, in today’s India, the news that is being peddled across WhatsApp groups or television channels… how much of it is really validated, and checked. It is just on the face value. It is just to sensationalise matters. What Bonnie and the editor do… they are almost foretelling how Indian news will be in a few years (smiles). Indian news has become all about sensationalisation, dramatisation… all about shouting loud and driving your point home by hook or by crook. Indian news channels are probably doing that out of other motives, other interests… that could be ratings or other things. For Bonnie, it is just a way of surviving and protecting her job. For the editor too, it is an exciting piece of news which can increase his ratings just the way Indian news channels operate today. Like an oracle, it tells about and pre-empts the state of Indian journalism of today.

How come Khelechhi does not have a cellphone on him and has no clue about what’s happening around him? He doesn’t read English newspapers?

At the beginning a voice-over clearly says the whole thing takes place a few years ago. I won’t put a definite year on it but at least seven-eight years ago. At a time when people would still trust people... when the whole world hadn’t turned online. It’s happening at a time when the Google revolution hadn’t really happened. Till about 2014 or 2015, I would not Google up a feed at the drop of a hat. I never did that. Post 2015 or 2016, I developed this habit of constantly checking my Google feed or looking to online news for my dose of information. Even if he has a mobile, it is a cheap one. It does not have Internet connection. Also remember, he is in an alien land. He probably has a basic cellphone which he uses to make calls. The whole thing takes place within a short span of time. He stays with Raju, and Raju doesn’t care for English newspapers at home! So there is no way Khelechhi can go around and see things for himself. It happens in a jiffy... within two-three days the world spins on its head in the world of this particular film.

How did Raju get the phone numbers of the coaches? Why were the coaches so gullible?

See, this whole film is based on a sort of a make-believe world. Even if I try to explain it logically, it would completely kill the fun of watching the film. These are liberties that a comedy of errors needs to take. He must have got the numbers from somebody. These coaches must have got interested once they read about Khelechhi and probably tried to reach out… Raju had his channels to reach out to the coaches. All the characters are on the edge, none of them behave very sanely or logically. That is the reason why this entire hoopla happens… this entire series of miscommunications and funny situations happen. If they were behaving logically, none of this would have happened. It is also a statement on the populace of our country. Forget about news channels… as people do we really fact-check? When one gets politically motivated messages on WhatsApp, do people fact-check? Or do they just believe them whole-heartedly. Then they start talking about it in their evening addas. Videos and audio clips can be morphed. People still believe them, we have seen enough instances. People believe what they like to believe. So that is exactly how the characters behave in this film.

Raju almost comes off as an influential spin doctor. In hindsight, do you feel the characterisation went over the top?

The whole idea of creating Raju was to make him a spin doctor… of course it should be subject to interpretations... as far as we are concerned, we really wanted Raju to be this way… street-smart, over the top, dramatic, conniving, smart-ass, all of it together. In our world, we have hit the nail absolutely.

The film has a nice message. What is your takeaway from the film?

The main message of the film is that of friendship and fun. It intends to be a mild or subtle statement on how people of colour are perceived in this country. They are either discriminated against or are stereotyped.