The Final Call brings together suspense and spirituality, but comes up short in keeping the tension consistently taut 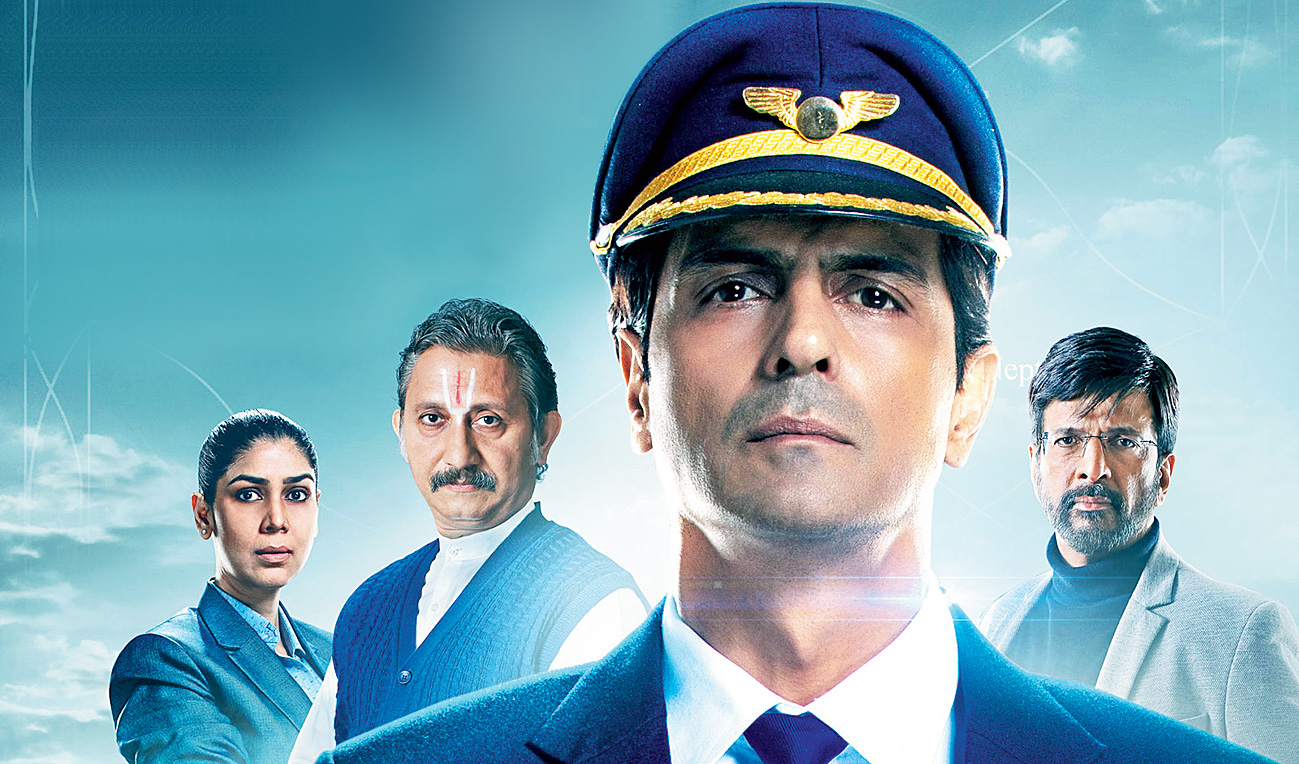 A pilot gone rogue embarks on a fatal mission, flying 200-odd passengers on a cross-continental flight. That’s the edge-of-the-seat premise of The Final Call, an oven-fresh series on Zee5 that marks the digital debut of Arjun Rampal. Slick in look and feel, The Final Call brings together suspense and spirituality, but comes up short in keeping the tension consistently taut. Here’s what we liked — and didn’t — about the four-part series, based on the book I Will Go With You by Priya Kumar .

The first few minutes of the show are guaranteed to make your jaw drop — a man working in a field looks up to see a plane nose-diving and hurtling towards him… and everything goes blank for a few seconds. That sets the tone for the rest of the first episode that goes into flashback mode to focus on Karan Sachdeva (Arjun Rampal), who smuggles in poison in his bottle of vitamin capsules to a flight he’s piloting from Mumbai to Sydney.

His shoulders are perpetually hunched, his demeanour brooding and we hear whispers among the cabin crew about how Karan has not been his usual self of late.

Director Vijay Lalwani — who directed the psychological thriller Karthik Calling Karthik a couple of years ago — sets up the tension nicely, at least in the first two episodes, with the viewer being intrigued by the protagonist’s ambiguous actions and second-guessing his intentions. Bodies pile up mid-air, characters change loyalties at every turn and the narrative scores with you wanting to condemn Karan for his actions, but also sympathising with him.

Along with Rampal, The Final Call brings together a stellar cast. Jaaved Jaaferi turns in an assured act as a business tycoon with a secret. Even if we weren’t quite on board with the mental make-up of his character, Neeraj Kabi keeps the viewer engaged as an astrologer who boards the ill-fated flight after predicting his own death. Tiger Zinda Hai girl Anupria Goenka is luminous as an airhostess who is helpless but resolute in the face of adversity.

The pick of the lot is Sakshi Tanwar’s intelligence officer-turned-air traffic control head honcho who brooks no-nonsense and is the only one who can reach out to Karan when everything falls apart.

Filmed like a movie, The Final Call cuts no corners when it comes to look and feel. Though much of the action takes place within the confines of an aircraft, the show expands its narrative to depict acts of terrorism on the bustling roads of Mumbai as well as in the pristine locales of Kashmir.

The Final Call becomes a bit of a slog towards the middle of the third episode, with some similar sequences playing out in loop. The plot point of Jaaferi’s Singhania getting astrology lessons from Kabi’s Krishnamurthy on the flight and being able to predict his own death, is too far-fetched. The touch of spirituality lends tone and texture to the narrative, but sometimes lapses into the grossly unbelievable.

The viewer is also left questioning whether Karan’s reasons — as shown in the first four episodes — justify the suicidal path he’s on. But that will probably be answered when the rest of the episodes drop next month.