7 films by M. Night Shyamalan that range from supernatural to comedy

On his 52nd birthday, rewatch these psychological thrillers directed by the Indian-born Hollywood filmmaker 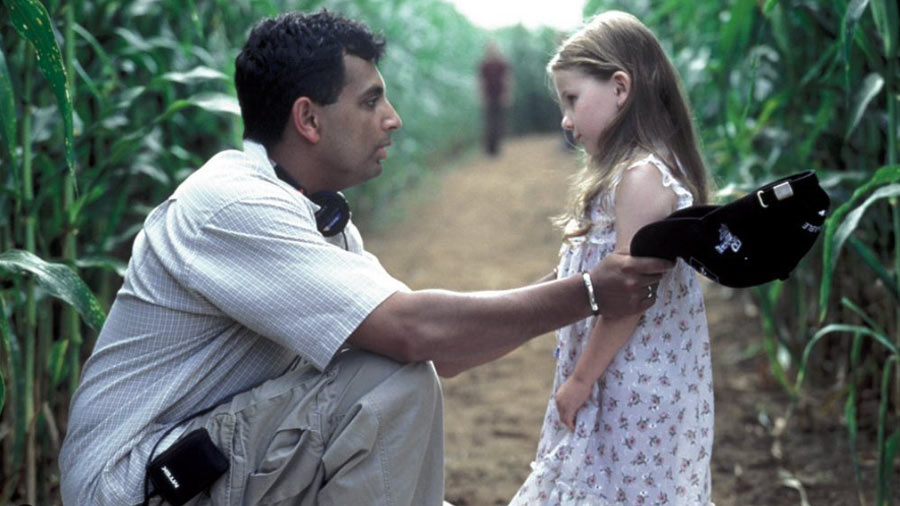 Born in Mahe, Pondicherry, Manoj Nelliyattu Shyamalan, better known as M. Night Shyamalan, is a Hollywood phenomenon for blending the supernatural element with the psyche. Shyamalan is also credited for writing the screenplay for his films as well as for the 1999 family comedy Stuart Little. And he’s frequently spotted in his movies, much like director Taika Waititi.

While we wait for his apocalyptic horror film Knock at the Cabin, starring Dave Bautista and Rupert Grint, in 2023, here’s a list of films that makes birthday boy Shyamalan stand out.

This supernatural and psychological thriller was the movie that shot Shyamalan to fame. The Bruce Willis-starrer, before becoming meme fodder, was pure nightmare fuel. It follows the child psychologist Malcolm Crowe (Willis) as he tries to help a disturbed child, Cole Sear (Haley Joel Osment), who claims he can “see dead people”.

Shyamalan creates a spine-chilling atmosphere with his pacing and use of silence. The Sixth Sense steers away from the vomit-spewing, head-spinning possessed child figure of The Exorcist, but the ghosts that Cole encounters are enough to trigger sleepless nights. Shyamalan does not just use the supernatural element to drive fear; he uses it as a turning point in the plot, as a revelation or for character development. Even if you are not a big horror film fan, this thriller is a timeless watch.

Also known as the Eastrail 177 Trilogy, the three-part Unbreakable – released over a period of 19 years — is a superhero movie series like no other. Consisting of Unbreakable (2000), Split (2016) and Glass (2019), the trilogy is the first superhero film franchise that was written and directed by a single person – Shyamalan. The filmmaker reunites with Bruce Willis who plays David Dunn, a security guard who moonlights as a superhero.

Shyamalan mixes the typical superhero vs supervillain trope with a psychological thriller to add layers to both parties.

Unbreakable is the impeccably crafted origin story of the indestructible hero (David Dunn) and the villainous Elijah Price/Mr Glass (Samuel L. Jackson). It sets Mr Glass up as an extremely intelligent threat who has found a way to cause mayhem despite his brittle bone disease. The film engages the hero and the villain in a psychological duel instead of a physical battle.

The second movie, Split, focuses on setting up the character Kevin Wendell Crumb/The Horde (James McAvoy) who suffers from dissociative identity disorder (DID). Through the kidnapping and escape attempts of Crumb’s three female victims, Shyamalan creates a nail-biting thriller. We see McAvoy’s Crumb switch from one identity to another before unleashing his frightening personality of ‘The Beast’.

The first two parts of the trilogy culminate in Glass. Instead of the typical good vs bad showdown, Glass is a complex sequence of events leading to the reveal that superhumans walk among us. The final part of the long-gestated trilogy has the twists and turns expected of a Shyamalan film but it pales in comparison to its prequels.

While Unbreakable and Split are among Shyamalan’s best works and are good enough as standalone movies, Glass remains a one-time watch for those who have already seen the first two films.

In Signs, Shyamalan explores an aspect of thriller aside from the supernatural. The science fiction film derives its horror from an alien invasion.

Mel Gibson leads the film as the priest Father Graham Hess who loses faith in god after the accidental death of his wife.

Ditching his usual style of using twists to keep us guessing, Shyamalan dives into the psyche of his characters and the anxieties they experience to create an aura of fear. The presence of aliens and human grief are played off to question the existence of a higher power, which eventually has Graham Hess returning to his faith.

Shyamalan’s attempt at adapting the Nickelodeon animated series Avatar: The Last Airbender into the film The Last Airbender was not met with applause. Any true Avatar fan would testify how botched up the adaptation has been. From mucking up the pronunciation of character names to extremely mismatched casting, the film had its sequels cancelled due to the negative response from the Avatar fanbase.

This does not mean the film is not worth a watch. Using the resources at his disposal, Shyamalan created a bright and fantastic world that is a pleasure to watch. Far from his silent and terrifying movies, The Last Airbender is a light watch if you can keep the animated series out of your mind.

Shyamalan’s attempt is best viewed as a film not connected to the animated franchise. It also leaves us wondering what the cancelled film series might have looked like if Shyamalan was given another chance.

Found footage horror films are creepy on a whole different level, especially in the capable hands of Shyamalan. He shows his versatility by creating a horror comedy that we can laugh through while being on the edge of our seats. The Visit follows the uncanny occurrences that 15-year-old Becca (Olivia DeJonge) and 13-year-old Tyler (Ed Oxenbould) witness at their grandparents’ isolated farmhouse.

Shyamalan uses the character of Becca, who aspires to be a filmmaker, to take a dig at his directorial approach to comic effect. In one scene, the young girl stops filming and tells her brother to quietly stand next to a swing swaying in the wind just because of the ambience. This parodies the filming style that Shyamalan has used to dramatic effect in several of his works.

Also, the comic timing of the characters in The Visit cuts through the eeriness. Shyamalan balances horror and humour to create a horror-comedy which is a much more interesting watch than the campy Scary Movie series.