Films by directors like Suman Mukhopadhyay, Mainak Bhaumik and Atanu Ghosh have premiered on the Bengali OTT platform 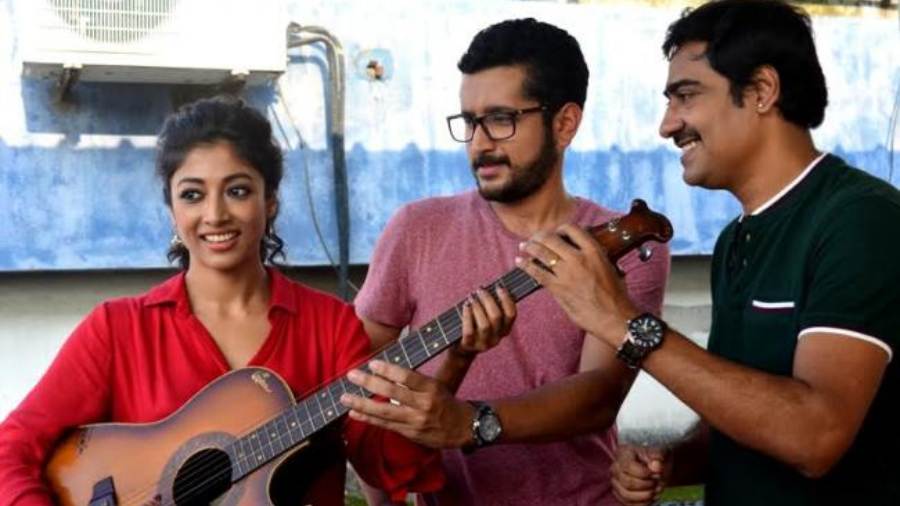 Durga Puja is around the corner and in keeping with the festive spirit, Hoichoi is celebrating September as the movie marathon month. For the past 14 days, the Bengali OTT platform has been premiering one film every day with its 14 Din 14 Parbon (14 celebrations for 14 days) initiative.

We pick seven binge-worthy films for you to watch from the bunch that arrived on Hoichoi as part of 14 Din 14 Parbon.

An acclaimed filmmaker Ahana (played by Paoli Dam) is recuperating from a trauma with the help of her psychiatrist (played by Parambrata Chattopadhyay). Her life becomes tumultuous when she meets a budding musician. Directed by Tathagata Banerjee, this romantic thriller also starring Koushik Sen is a slow burn with exceptional performances from the actors.

Directed by Atanu Ghosh, Ek Phali Rodh explores human behaviour in a crisis. It pits the real against the imagined. With a stellar cast of Aparajita Ghosh Das, Ritwick Chakraborty, Dhritiman Chatterjee, Jisshu Sengupta and Rudranil Ghosh, the film reminds us that life is unpredictable and no theory can come to our rescue in the face of reality.

Directed by Suman Mukhopadhyay, this political satire is based on a novel of the same name by Nabarun Bhattacharya. Starring Kaushik Ganguly, Shantilal Mukherjee, Kabir Suman and Jayraj Bhattacharjee, the film ran into controversies because of its sexual content, abusive language and alleged distortion of history.

Directed by Anindya Chatterjee, the film portrays the life and struggles of Jhumur artists in Bengal. Once a popular folk art form, Jhumur is no longer in vogue and its performers now struggle to make ends meet. Starring Samadarshi Dutta, Sohini Sarkar and Sabitri Chatterjee, the film boasts of a soulful soundtrack.

Mainak Bhaumik’s fantasy comedy tells the story of Siddhartha, a medical student, who had to drop out of college due to unfortunate circumstances. He now looks after his late father’s sweet shop. However, his life suddenly becomes eventful as he discovers the secret formula for happiness by a stroke of luck. Starring Ritwick Chakraborty, Parno Mittra and Sohini Sarkar in key roles, the movie is a feast for the eyes.

The directorial debut of Soukarya Ghosal, Pendulum weaves five parallel stories in a single thread, reminding the audience that we all are slave to time. Starring Subhasish Mukhopadhyay, Radhika Apte, Sreelekha Mitra, Rajatava Dutta and Samadarshi Dutta, the film weaves the little follies and foibles of life.

Directed by Souvik Mitra, Punascha traces how an acclaimed author develops a relationship with a former love interest. The news of their romance becomes the talk of the town and affects the dynamics of their relationship. Starring Soumitra Chatterjee and Roopa Ganguly, this film explores romance in a new light.