These noir shows are set amid the intimidating landscapes of Denmark, Norway, Finland and Iceland 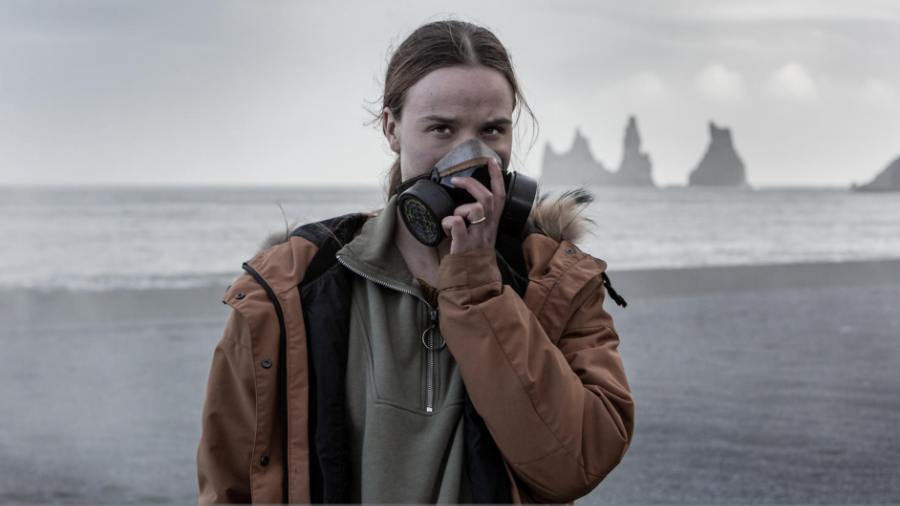 Nordic noirs are characterised by slow, unsettling visuals amidst forlorn landscapes of the Scandinavian countries. The atmospherics echo the moral ambiguity of seemingly flat characters that glide in and out of the frame. In keeping with this mood, the genre mainly tackles hard-hitting issues like murder, racism and misogyny and closely resembles police procedural crime dramas.

We take a close look at five Nordic noir shows based in Denmark, Norway, Finland and Iceland that you can binge on Netflix.

This eight-episode crime thriller series from Iceland is set in the capital city of Reykjavik and the small fishing town of Borganes. It features Nína Dögg Filippusdóttir, Björn Thors and Sigurður Skúlason in lead roles. The majestic mountains in the background and the gloom of an Icelandic winter add to the misty, eerie atmosphere of the show.

The Valhalla Murders is loosely inspired by real events that took place in the 1940s. It chronicles police officer Kata, who is heading the investigation of Iceland’s first serial killings and is aided by police profiler Arnar. They race against the clock to solve the case as the killer is on the loose. It is a skillfully crafted crime thriller that is high on suspense and style.

The Danish crime thriller series created by Dorte Warnøe Hagh, David Sandreuter and Mikkel Serup is based on the book of the same name by Søren Sveistrup. Starring Danica Curcic and Mikkel in lead roles, the series is packed with suspenseful plot twists, gruesome shots and a gripping cat-and-mouse chase.

The discovery of a 1987 family homicide on a remote farm serves as the series introduction. A young woman is discovered dead in a playground in Copenhagen more than 30 years later with one of her hands gone. The case is being investigated by police detectives Naia Thulin and Mark Hess. They discover a miniature chestnut figurine close to the body. And then another surprising piece of evidence comes to light — the fingerprint of a missing girl, who is also the daughter of an influential politician.

This is a standalone limited series and the follow-up to the Icelandic police investigative thriller series, Trapped. Entrapped follows police detectives Andri and Hinrika as they investigate homicides in the beautiful highlands of Iceland. The show stars Ólafur Darri Ólafsson, Ilmur Kristjánsdóttir and Thomas Bo Larsen in lead roles.

Andri and Hinrika look into the death of a young man who belonged to a religious cult. His murder is associated with a conflict over a piece of land that is considered sacred by an Icelandic biker gang and a religious family group. The two detectives have to solve the case before a full-blown riot breaks out in the peaceful community. The presentation of the cult and the cultural significance of Nordic biker communities makes the series a thrilling watch.

Created by Baltasar Kormákur and Sigurjón Kjartansson, this eight-part Icelandic series blends folklore, sci-fi, mystery thriller and drama. Starring Guðrún Eyfjörð, Íris Tanja Flygenring, Ingvar Sigurðsson, Aliette Opheim and Valter Skarsgård in lead roles, Katla is an emotionally stirring show that starts as a slow-burner. The name of the show originates from the Katla volcano that is situated in southern Iceland.

Set in the small village of Vik near the Katla volcano, the show starts by introducing the audience to the local folklore of changelings. A young woman who went missing 20 years earlier appears in the village covered with ash. She looks the same as she did back then. Some more people who had disappeared start to reappear soon. A volcanologist looks for answers to this riddle and discovers the remains of a meteorite buried in the glacier.

This three-season Finnish crime drama is created by Miikko Oikkonen and stars Ville Virtanen, Matleena Kuusniemi and Anu Sinisalo in lead roles. The series focuses on the hardships faced by the inhabitants of Finnish small towns near Russia.

The show focuses on detective-inspector Kari Sorjonen, a senior member of the Helsinki-based National Bureau of Investigation (NBI). Sorjonen relocated with his family to Lappeenranta, a Finnish border town near Russia, after his wife Paulina survived brain cancer. He now wants to work less and live in peace. However, Lappeenranta turns out to be a not-so-peaceful town as crimes begin to pile up after his arrival.