4 Bollywood gems that Anurag Kashyap has produced for other filmmakers 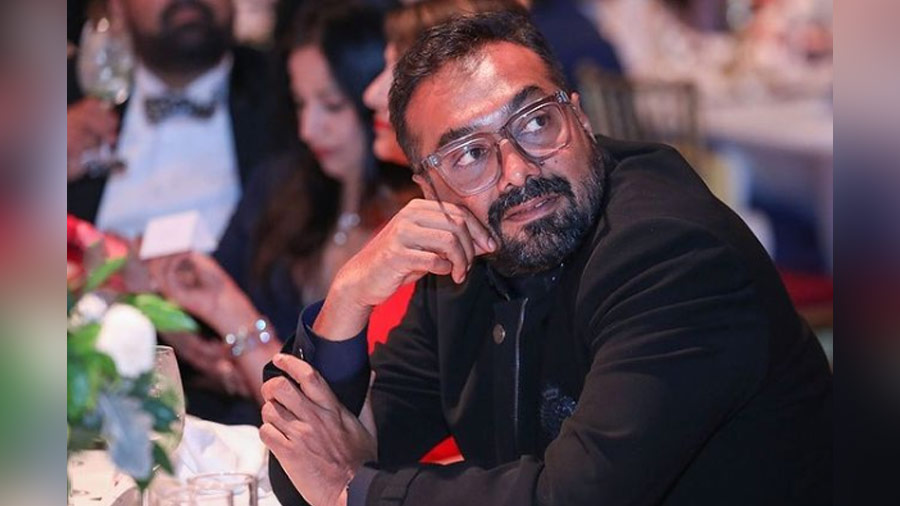 The Dobaaraa director, who turned 50 today, backs new filmmakers and has produced films in Hindi and Gujarati
Instagram
Saikat Chakraborty   |   Calcutta   |   Published 10.09.22, 10:41 AM

When filmmaker Anurag Kashyap is not busy directing movies, the Gangs of Wasseypur director devotes his time to backing other talented filmmakers who have been trying to expand the horizon of Indian cinema.

On Kashyap’s 50th birthday, we pick four films produced by the mercurial filmmaker that you need to add to your watchlist.

Directed by debutant Mikhil Musale, the Gujarati thriller is loosely based on a high-profile hit-and-run case that took place in Ahmedabad in 2013. Termed a pathbreaking film in Gujarati, Wrong Side Raju deliberately veers off the beaten track of commercial potboilers.

The film chronicles the journey of Raju Bambani (Pratik Gandhi), who does multiple shifts as a driver, guide and bootlegger, after he is falsely accused of running over a police constable with his wealthy employer’s car. The film focuses on the corruption of law enforcement agencies and explores the light and darkness playing on the mind. Wrong Side Raju won the National Film Award for Best Feature Film in Gujarati in 2017.

Watch it on: Voot and Amazon Prime Video

In 2015, Kashyap co-produced Neeraj Ghaywan’s directorial debut film Masaan via his now-defunct Phantom Films. Written by Varun Grover, the film is set in Varanasi and sheds light on the century-old caste and gender inequalities in Indian society. Following two different stories of unrequited love, Masaan shows a tragic love story between a lower-caste boy and an upper-caste girl and a woman’s fight for dignity.

The Ganga and its ghats in the ancient city feature prominently in the movie as several crucial moments take place around the ‘holy river’. Masaan is also aided by a deeply moving soundtrack by Indian Ocean. The ensemble cast of Vicky Kaushal, Richa Chadda, Sanjay Mishra, Shweta Tripathi and Pankaj Tripathi put in memorable performances.

Watch it on: Disney+ Hotstar and Netflix

Nimrat’s Ila prepares tiffin for her husband but it mistakenly gets delivered to Saajan Fernandes (Irrfan), who writes her a letter after enjoying the meal. This mistake soon develops into a friendship as both find solace in their correspondence. The film portrays loneliness and the joy of finding company. The Lunchbox was screened at International Critics’ Week at the 2013 Cannes Film Festival and won the Critics’ Week Viewers Choice Award.

In 2013, Kashyap produced Vikramaditya Motwane’s ambitious period romantic drama Lootera, based on O. Henry’s celebrated 1907 short story The Last Leaf. Set during the early years of independence, the film focuses on the love story of Pakhi, the daughter of a Bengali aristocrat, and Varun who claims to be an archaeologist. Their blossoming romance is in question when it’s revealed that Varun has been leading a double life.

Sonakshi Sinha delivered one of her career-best performances as Pakhi in Lootera; Ranveer Singh as Varun matched her step for step. The sparkling chemistry between the lead pair and the poetic storytelling by Motwane has made the movie one of the finest love stories in Hindi cinema. Amit Trivedi’s music, aided by Amitabh Bhattacharya’s evocative lyrics, propelled Lootera to cult status.

Watch it on: Disney+ Hotstar and Netflix