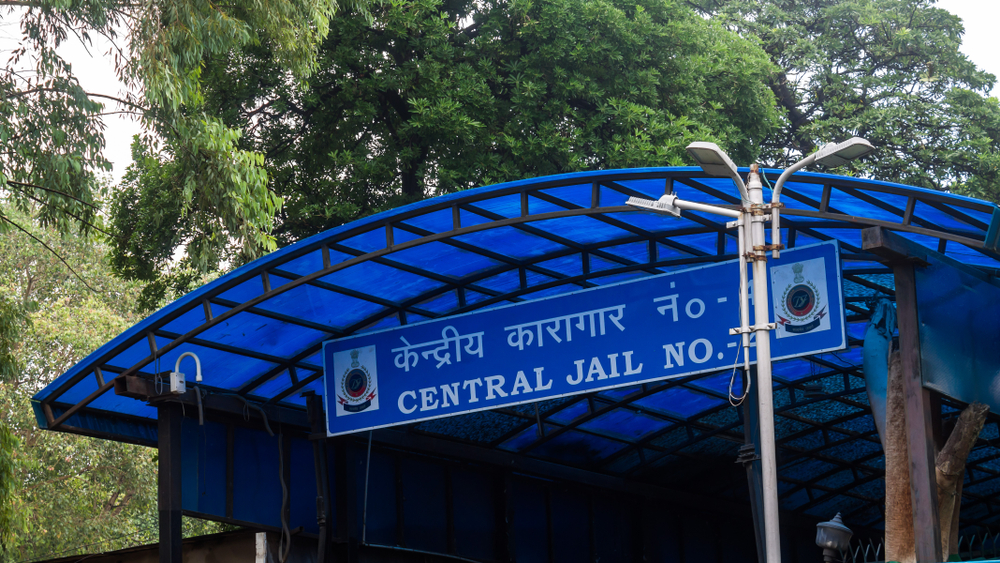 According to the yet-to-be-notified decision of the home department of the Delhi government, one of the rules would provide for a 60-day parole in one spell in case of emergent situations like an epidemic or a natural disaster or any other situation which warrants easing of the inmate population
Shutterstock
PTI   |   New Delhi   |   Published 23.03.20, 09:50 AM

The AAP government informed the Delhi High Court on Monday that it has decided to decongest prisons to check the spread of coronavirus by providing convicts the options of special parole and furlough.

The Delhi government told a bench of Justices Hima Kohli and Subramonium Prasad that it was going to amend its prison rules to provide these options.

The submission was made by Delhi government's additional standing counsel Anuj Aggarwal who said a notification would be issued within a day to amend the prison rules to include the two new provisions.

Taking note of the submission, the bench directed the Delhi government to take steps during the day to implement what it has proposed and disposed of a plea moved by four lawyers seeking decongesting of the prisons in view of the coronavirus pandemic.

The bench disposed of the matter on the submission made by the government and did not examine the matter further, saying a similar issue has been taken up by the Supreme Court on its own.

According to the yet-to-be-notified decision of the home department of the Delhi government, one of the rules would provide for a 60-day parole in one spell in case of emergent situations like an epidemic or a natural disaster or any other situation which warrants easing of the inmate population.

The other rule would provide for temporary facility of a special furlough 'to such category of prisoners and for such number of days as may be specified in the order, in the event of emergent situations like an epidemic or a natural disaster or any other situation which warrants easing of the inmate population', Aggarwal told the bench.

These provisions would be available for eligible the prisoners who have served minimum one year of the sentence awarded to them, he told the court.

The government was also contemplating reducing the undertrial prisoners' population by expediting their bail process or by granting interim bail on personal bond to those booked for offences where punishment is seven years or less and the inmate has completed minimum three months in jail.

Aggarwal said the Delhi State Legal Services Authority (DSLSA) and the District Judge concerned would be holding a meeting to work out the modalities.

Taking note of the submission, the court asked that the meeting be held expeditiously.

In India, according to the health ministry, there are 415 confirmed cases of coronavirus infection with around 29 of them in Delhi. At least seven people have died in the country due to the virus.

Another plea, by two other lawyers, seeking steps to prevent spread of COVID-19 in prisons was listed before a bench of Justices Vipin Sanghi and Rajnish Bhatnagar.

It, however, was adjourned to March 30 as one of the judges on the bench was on leave.

The second petition has sought directions to the jail authorities to keep new undertrial prisoners in a separate ward, maintain adequate hygiene, carry out medical checkups and treatment, create isolation wards and make arrangements for detection and reporting of coronavirus infections, if any.

SC directs states, UTs to set up panel to consider release of prisoners on parole

The Supreme Court Monday directed all states and Union Territories to set up high level committees to determine class of prisoners who could be released on parole for four to six weeks to avoid overcrowding in jails so as to safeguard against the spread of coronavirus pandemic.

The apex court said the prisoners convicted of or charged with offences having jail term of up to seven years can be given parole to decongest jails.

A Bench headed by Chief Justice S. A. Bobde said that the high-level committee will work in consultation with State Legal Service Authority for release of prisoners.

'We therefore direct that each state shall constitute a high level committee comprising of home secretary and chairman, State Legal Service Authority to determine a class of prisoners, who can be released on parole for four to six weeks or on interim bail,' said the bench, also comprising Justices L. Nageswara Rao and Surya Kant.

The top court made it clear that prisoners are being released in an attempt to avoid overcrowding in jails due to the pandemic, also called COVID-19.

The bench was hearing the issue, of which it had taken suo motu note last week, on the preparedness in the wake of coronavirus in overcrowded prisons.

The top court on March 16 had said that due to overcrowding it is difficult for jail inmates to maintain social distancing to prevent the spread of coronavirus, which has been declared as pandemic by the World Health Organisation.

The top court had noted that if prompt measures are not taken, the situation might worsen in India.

Expressing concern over the overcrowding of prisons, the top court had said that there are 1,339 prisons in the country housing approximately 4,66,084 inmates.

Quoting a report of the National Crime Records Bureau (NCRB), it had said the occupancy rate of Indian prisons is at 117.6 per cent, and in states such as Uttar Pradesh and Sikkim, the occupancy rate is as high as 176.5 per cent and 157.3 per cent respectively.

The apex court was of the view that like most other viral diseases, the susceptibility of COVID-19 is greater in overcrowded places, mass gatherings and studies indicate that contagious viruses such as COVID-19 proliferate in closed spaces such as prisons.

The top court had said that several prison staff enter the prisons regularly, and so do visitors and lawyers and therefore, there is a high risk of transmission of COVID-19 to the prison inmates.