Living a stone’s throw away from Emmanuel Macron 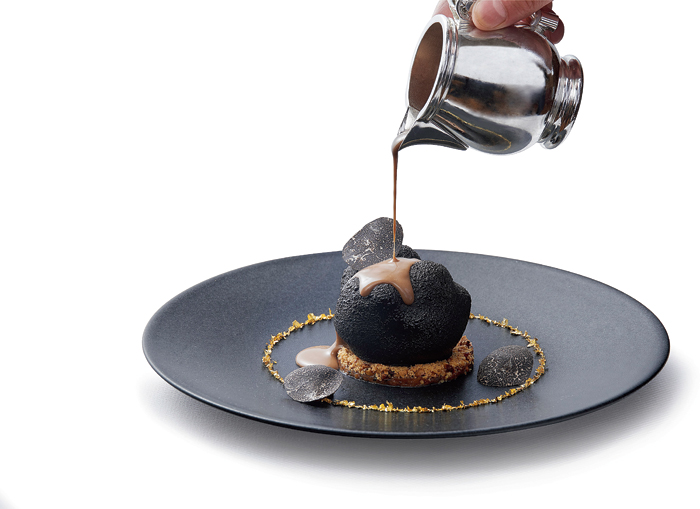 The famous French writer Balzac described ‘flanerie’ as the gastronomy of the eye and German philosopher Walter Benjamin described the ‘flaneur’ as the essential figure of the modern urban spectator, an amateur detective and investigator of the city.
Pictures: Le Bristol Paris
Karen Anand   |     |   Published 21.09.19, 02:24 PM

I lived in Paris in the late ’70s and early ’80s, so my experiences of the city would probably be more ‘iconic’ than current. When you visit this city, think of yourself as a ‘flaneur’ — a person who wanders the city in order to experience it. The famous French writer Balzac described ‘flanerie’ as the gastronomy of the eye and German philosopher Walter Benjamin described the ‘flaneur’ as the essential figure of the modern urban spectator, an amateur detective and investigator of the city. I equate Paris with infinite charm and great elegance, which make this city still one of the most seductive and alluring places in the world. These are some of my discoveries and meanderings from the ’70s to the present.

Paris is divided into arrondissement or quarters in a snail-like design from one to 20. Much can be deciphered instantly from which arrondissement you live in and where you shop or eat. It’s like a secret code for residents. Two of my favourite areas are the Marais (fourth) through which I used to walk as a student. The other is the smart Saint Germain (in the sixth) where I also lived briefly. The fourth, around the Marais, is a mix of current chic and old-world charm. The sixth used to be chic boho with the Latin Quarter and the Sorbonne in the centre but is now too expensive to be considered marginal.

The Marais itself is one of the most dazzling quarters in Paris, originally a swamp and then marsh several hundred years ago when the Seine overflowed. It is arty with a lively buzz, much like the Latin Quarter used to be in the ’60s. Mariage Freres, in the thick of the Marais (www.mariagefreres.com) is the best tea shop in Paris to buy and drink teas from around the world. It is a Paris institution. You’ll find teapots and tea accessories as well as some signature blends and the most dazzling variety of world teas. Full of charm, another great place to wander nearby is the market at St Paul which has — on a Saturday and twice during the week — a huge selection of French cheeses, patisserie, bakery, meats and so on. 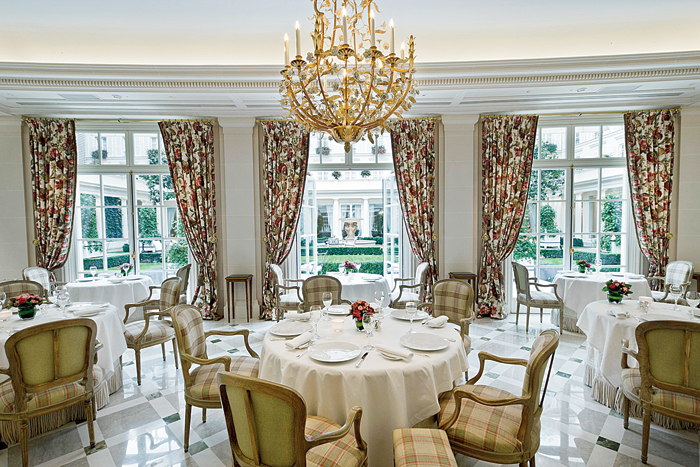 On a recent trip, I chose a very different Paris to my student days. I stayed at one of the smartest addresses in the city — Le Bristol at 112 Rue du Faubourg Saint Honore, right next door to Mr Macron at the Elysee Palace. The aristocratic eighth arrondissement where the street is situated started to be developed in the 18th and 19th centuries with an emphasis on quality architecture and design. The famous Champs-Elysees is a stone’s throw away. Magnificent mansions, many of which today are listed, glamorous boutiques and art galleries, the stunning British embassy at 35-37 which is a listed historical monument and, of course, many mansions now converted to government ministries, line this street. It is also considered the mecca of haute couture with all the top international names in fashion.

The history of Le Bristol Paris begins in 1923 when Hippolyte Jammet, a young man from a well-known hotel family, discovered an 18th century mansion, the former home of military officer Comte de Castellane, at number 112 Rue du Faubourg-Saint-Honore. It was a suitably prestigious location in the heart of Paris. He was 30 years old when he acquired the property. With elegant antique furniture and original artworks, Jammet succeeded in creating an interior of both magnificence and intimacy. Because a hotel’s success is primarily dependent on its quality of service — something he believed should be entirely personalised — he hired only the very best and that tradition, I have to say, still seems to be a big USP of the hotel.

Over the decades, Le Bristol Paris has greatly expanded. It became the official residence for US nationals in the capital, following an agreement signed with the neighbouring United States embassy. In the ’70s, the family sold the hotel to Rudolf Oetker who added a French garden, restaurants and an enchanting swimming pool on the terrace which resembles a boat. Le Bristol was then the first five-star hotel in France to receive the distinction of ‘Palace’, awarded by the French ministry of tourism.

My 110sq m suite with an even larger rooftop garden with lush foliage of lavender, rose and rosemary… not to mention the jacuzzi… is something to talk about. Big enough for a joint family, the suite has the grace of the Louis XVI style with the kind of chairs you never want to pull yourself out of. Damasks on goose down sofas, a taffeta quilt, silk tapestries and double-hung curtains in velvet, bathrooms in white Carrara marble with Hermes toiletries… you get the picture.

Apart from the Michelin-starred restaurant Epicure, they have the more casual 114 Faubourg, their stylish brasserie, which has a Michelin star, to dine in. The Duck Pate en Croute with pickled vegetables was outrageous in flavour, the Oeufs King Crab, Mayo au Gingembre Citron was masterful in presentation and Filet de Canette Rotie en Feuille de Figuier, miel d’epices aux Pistaches was a perfect rendition of tender duck breast cooked in fig leaves. The wine list offers nearly 150 labels of both well- and lesser-known wines of France expertly put together by the sommelier.

Are you a flaneur? Try wandering the Rue Saint-Honore next time you are in this city… you are bound to be bowled over.