‘The RSS- BJP combine has little idea of the Northeast’ 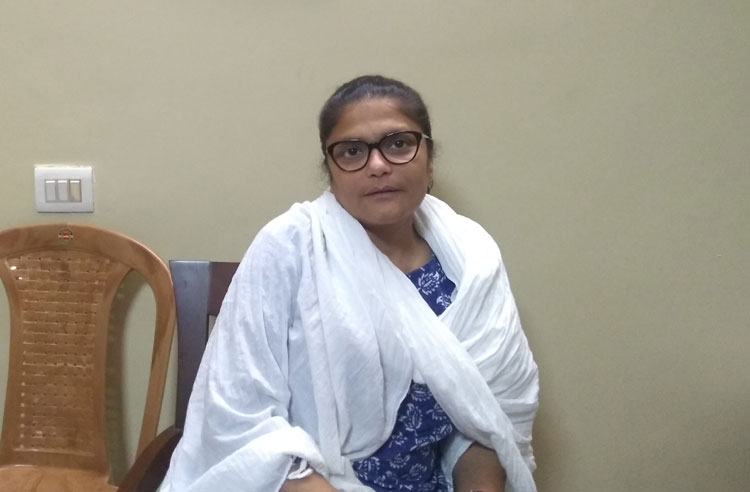 She was hailed a giant-killer five years ago, when in the 2014 Lok Sabha elections Sushmita Dev defeated Kabindra Purkayastha, a BJP stalwart in the Northeast and a minister in the Atal Bihari Vajpayee government. It was a big surprise even for political pundits when the 41-year-old ousted the 85-year-old incumbent MP who was known to have a firm grip over the Hindu voters of Silchar in southern Assam. It was also sweet revenge for Sushmita; she had been able wrest the constituency her deceased father Santosh Mohan Dev, a veteran Congress leader and one of Rajiv Gandhi’s most trusted ministers, had lost to Purkayastha in 2009.

Sushmita is the youngest of four daughters. In the past few years, she has carved a niche for herself in national politics. She has raised as many as 317 questions in Parliament since 2014 and actively participated in 85 debates ranging from women’s safety to the National Register of Citizens (NRC), from road connectivity in the Northeast to flood management in Assam. After being handed over charge of the All India Mahila Congress in 2017, she’s been vociferous against the Triple Talaq Bill and has sent a strong note of dissent against the Citizenship (Amendment) Bill 2016, or CAB, as member of a joint parliamentary committee (JPC).

I meet Sushmita at her palatial ancestral house in Tarapur, in the heart of Silchar, on a windy evening in February. The house is located on a road named after her grandfather, Satindramohan Dev, who was a freedom fighter and a close acquaintance of Jawaharlal Nehru. Sushmita has just come back from a whirlwind tour of her constituency and is enjoying a cup of black tea with some party workers.

She has already started campaigning for the 2019 polls. “Please give me a few minutes, these people have been waiting for me for hours,” she tells me with a warm smile. She orders a cup of black coffee for me and goes back to chatting with them in chaste Sylheti, a dialect used by Bengalis living in the Barak Valley. It is obvious she’s trying to strengthen booth-level efficiency across her constituency.

Ever since Sushmita took over as the president of the All India Mahila Congress, she has been spending a lot of time in New Delhi. That is a major grouse a section of local party workers have against her. She has travelled extensively across Gujarat, Madhya Pradesh, Uttar Pradesh, Chhattisgarh during by-elections, often in the company of the Congress president Rahul Gandhi. A political observer in the city says she is sure to get a key ministry if Congress wins the 2019 elections.

We are sitting in a spacious hall. On the walls there are photographs aplenty — of Sonia Gandhi, Rajiv Gandhi, herself in graduation cape, herself with Rahul Gandhi inside an aircraft. There is a monochrome portrait of her father — “My niece clicked it,” she tells me later. There is also a photograph of Swami Pranabananda, the founder of Bharat Sevashram Sangha, a Hindu charitable organisation, and a miniature Durga idol on a low table.

“The last time you seemed to have helped the rival BJP candidate win,” Sushmita barks at a party worker. She is dressed in an indigo salwar-kurta, the dupatta wrapped around her like a shawl. Despite the thick framed spectacles and hair bundled in a no-nonsense bun, she looks younger than her 46 years. But she comes across as hard as steel. She continues, “I am not happy with your block president, he is a useless fellow. He doesn’t meet people, may shift to the other side.” Two men start to argue about whether that man is actually a bad apple. Then they discuss the BJP candidate who may be pitted against her. It is surprising that the BJP hasn’t decided on anyone till now. They discuss a few names and the pros and cons of each.

It is evident from the discussion and also from the Silchar grapevine that this contest will be tougher than the last one. Things have changed dramatically in the state after the draft NRC was published in Assam, followed by the draft CAB. Once most of the party workers leave, Sushmita turns to me.

And when I bring up the socio-political situation of the Northeast, she erupts with anger. “The region is in turmoil. The RSS-BJP combine has a complete lack of understanding of the Northeast. They’ve got it all wrong here and destroyed the equilibrium; failed to understand the enormous diversity of the region; polarised people, fanned the fire of xenophobia; pitted tribals against non-tribals, Bengalis against Assamese, Hindus against Muslims. Even though these communities have co-existed more or less peacefully for quite some time, now there is an atmosphere of suspicion, fear and anxiety.”

According to Sushmita, her father did not want to restrict her to politics; he wanted her to practice law. She says, “He used to say that becoming a career politician is a tough job. You’ll find both good and evil, but you have to draw a line when the balance tilts towards evil. You must know then that it’s time to quit.”

But nowadays, she says, there are too many politicians who are willing to do anything to win elections. “They invoke anger and insecurity. Hate mongering, cow vigilantism and mob lynching are the order of the day. For the first time in Indian history, it’s pure Machiavellianism all around.”

After Sushmita completed her higher education in the UK, she expressed her wish to join the United Nations. But her father thought otherwise; he told her she should get into a profession such as law that could help her be financially independent and become a good policy-maker. “My father used to say in politics there is no guarantee that you’ll succeed.”

That she has been able to make full use of her legal education is evident from the dissent note she wrote earlier this year in the JPC report on the CAB. She had consistently maintained during JPC meetings that she is in favour of offering “unconditional citizenship for all persons of Indian origin who entered the Indian Territory up to December 31, 2014”, irrespective of caste, creed or religion. She also stated that people who migrated to Assam and had their names in the electoral rolls of the state in 2014 must never be considered illegal foreigners. But despite her repeated appeals to amend the bill, her suggestions were ignored. “The bill clashes with Article 14 of the Constitution of India [that has to do with the Right to Equality] and Clause 5 of the Assam Accord [which says foreigners who came to Assam on or after March 1971 shall be expelled],” Sushmita says. She insists that the bill is not legally valid, that it is unconstitutional. She elaborates, “It’s ridiculous. You allow them to vote, you win a majority, and now you want to throw them out.”

Some people, including a section of the state unit of her party, have thoroughly misinterpreted her stand. “They are under the impression that I have unequivocally supported CAB as a JPC member. They are either unaware of my dissent note and repeated appeals for amendments, or they are deliberately glossing over the fact.” Some even burnt her effigy and demonstrated with black flags when she started campaigning in Silchar in January.

Joydeep Biswas, a political scientist with Assam University in Silchar, says, “Sushmita Dev’s stand on CAB is thoroughly democratic, secular and liberal. On the contrary, the BJP-led state government simply wants to consolidate Hindu votes across linguistic divides and ethnic identities. It is simply catering to the Sangh parivar’s long-running agenda of making India a Hindu state and eventually turning this country into the natural home of Hindus all over the world.” Sushmita believes such social engineering is damaging the pluralist tradition of India. She adds, “It will take several decades to undo the damage they are doing.”

She, in the meantime, has dared to take on the BJP-led government on the Triple Talaq Bill. She says, “The focus of the bill was not to empower Muslim women; it’s a pretext to harass and penalise Muslim men. We respect the Supreme Court’s decision but we will scrap the bill if we come to power in 2019.”

She adds that triple talaq is against Islam and three crore women had protested against the bill because of criminalisation [of Muslim men]. “Actually, BJP is an anti-women party. Women ministers in the Union Cabinet are part of their tokenism,” she says.

Sushmita points out that her party leader, Rahul Gandhi, on the contrary, knows how to empower women. She says, “If Congress comes to power with a majority, we will push through the long-pending Women’s Reservation Bill. Rahulji is like [Canadian Prime Minister] Justin Trudeau, he wants 50 per cent reservation for women.”