All ways in Wayanad

Once upon an encounter 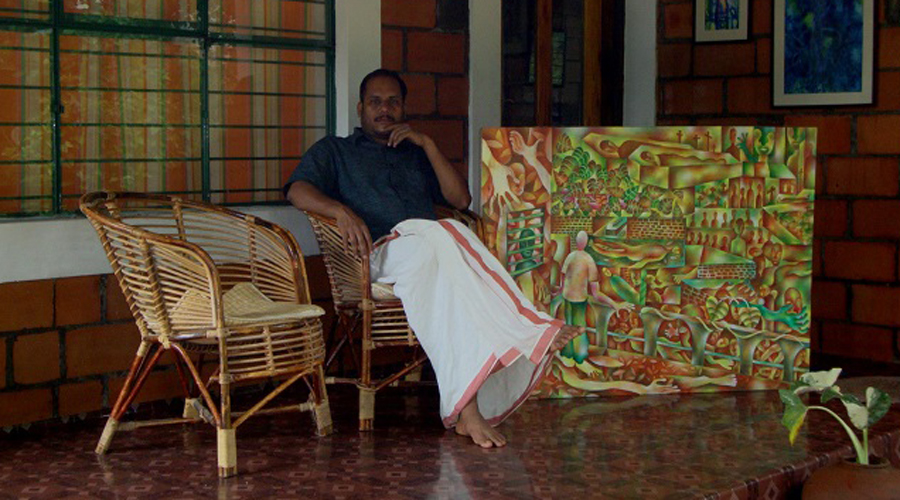 This is what he said: “No one here does only one job. That’s why you do not see any slums or poverty. We’re a hard-working people.” That was Suresh Bhaskar, a tourist guide in Wayanad in northeast Kerala. This was some time before the coronavirus crash-landed in the state. What followed thereafter showed the rest of the country the Kerala template, but that’s a story all too well known now.

Suresh’s story came to be told as he chaperoned his little tour group through hilly terrains and mud tracks cutting across farmlands. Those exact words were uttered as the 44-year-old ushered everyone into a villager’s house in Kavumannam for a taste of their traditional vegetarian lunch. He helped the host, Kuttayi, serve, and also continued with his commentary on each dish. Suresh said of Kuttayi, a man in his thirties dressed in a blue checked shirt and a kaavi mundu (the local name for a dull saffron lungi), “He is a chef. He hosts tourists too and opens his house as a homestay accommodation.”

The opening words were part of his introduction of Kuttayi, but they could just as well be applied to him — not one to do just one thing.

A farmer’s son, Suresh had set off to attend a poetry camp in Trivandrum (now Thiruvananthapuram) as a teenager. He was one of the 50 selected from across the state. “I had seen the notification in a magazine at the Bodhi Granthalaya in our village. I did not have the means, so the library helped me apply and also sponsored my travel,” recalled Suresh. “The library is long gone,” he added in soft tones. That was the first time he was travelling out of Wayanad and his first unescorted travel. It was his first train journey as well.

In Trivandrum, Suresh was lodged near an art gallery — the Sri Chitra Art Gallery, famous for its Raja Ravi Varma collection. A walk through the gallery opened another world for him. “Back in school I used to draw and had won many competitions too. But I had no idea of the different forms, mediums, schools of art,” he laughed. In any case, the boy who entered the gallery was not the same person who left it that day.

Suresh started dreaming of it as a vocation. The newly learnt names — Raja Ravi Varma, Nicholas Roerich, the Mughal school, the Tanjore school, Chinese, Japanese and Balinese paintings, mural and miniatures — and their images swirled inside his head.

He completed a diploma course in art after he had done his bachelor’s in Malayalam. His parents were not happy with this “distraction”, so he would paint only when he wasn’t helping them on the farm. He would also paint political banners and posters to ease the financial burden. After a couple of years, there came a time when he held his solo exhibition. His work found its way into the portals of the Kerala Lalithakala Akademi too.

When one of the members of our tour group, a man from Hyderabad, struggled to explain to his folks back home over the phone where exactly he was, Suresh prompted him in Telugu. It is not surprising to have a tourist guide know a language or two other than his mother tongue. But turned out Suresh also knew Tamil and Kannada, Hindi and English. He said, “I did not pick up the languages as a tour guide. I had started learning them when I began travelling to do freelance commercial artwork and exhibitions.” After a pause he added, “I learnt French at the Alliance Française in Puducherry. When we started getting a lot of foreign tourists, I realised it would help.”

As he traipsed all over Wayanad district shepherding tourists, Suresh did not lose sight of art. In fact, he travelled beyond the canvas. He got into clay-modelling and with such seriousness too that he eventually started to get calls for workshops. And then, in 2018, along with two others, he founded an art gallery.

And so he meanders on, continues to discover new boundaries, true to his own definition of the Kerala template: everyone does everything.

A giant in peril