Bad Bunny is Apple Music’s Artiste of the Year 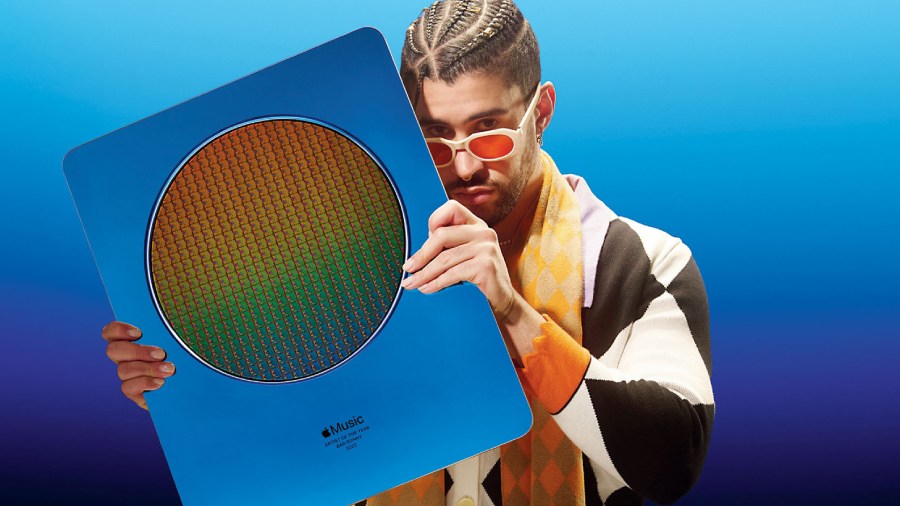 Streaming heavyweight Bad Bunny is Apple Music’s Artiste of the Year and it has been an excellent year for him, thanks to Un Verano Sin Ti, the artiste’s sixth project in four years. It has become Apple Music’s most streamed album of 2022 and the biggest Latin album of all time.

The Puerto Rican rapper-singer has had a mythical ascent, from a grocery bagger in Vega Baja to a torchbearer for a new generation of reggaeton and trap artistes. Besides music, he has emerged a fashion renegade, a social critic and actor. His biggest success has been to make listeners sit up and care about Puerto Rico.

When he made his television debut on The Tonight Show Starring Jimmy Fallon in September 2018, he opened with a reminder that Puerto Rico was still reeling from Hurricane Maria, which resulted in the death of nearly 3,000 people. In September this year, less than 48 hours before Fiona, another hurricane, made landfall in Puerto Rico, he released a stunning 22-minute documentary/music video for El Apagón (The Blackout) from his latest album, Un Verano Sin Ti. Set to the song’s club-ready beats, he raps about his love for the island.

Un Verano Sin Ti is not a straightforward pop album as the 28-year-old packs in electrifying beat switches and astral synths. The record has been inspired by Caribbean music, the beloved salsa singer Ismael Rivera, Dominican dembow and groups like Buscabulla.

“When I started, I didn’t have a global fan base,” he has told Apple Music in an exclusive film. “We’re thrilled to celebrate the achievements of Bad Bunny, whose influence on every corner of culture could not be ignored in 2022,” said Oliver Schusser, Apple’s vice-president of Apple Music and Beats. “Watching Bad Bunny ascend from an Apple Music Up Next artiste in 2018 to our Artiste of the Year this year has been nothing short of extraordinary.”