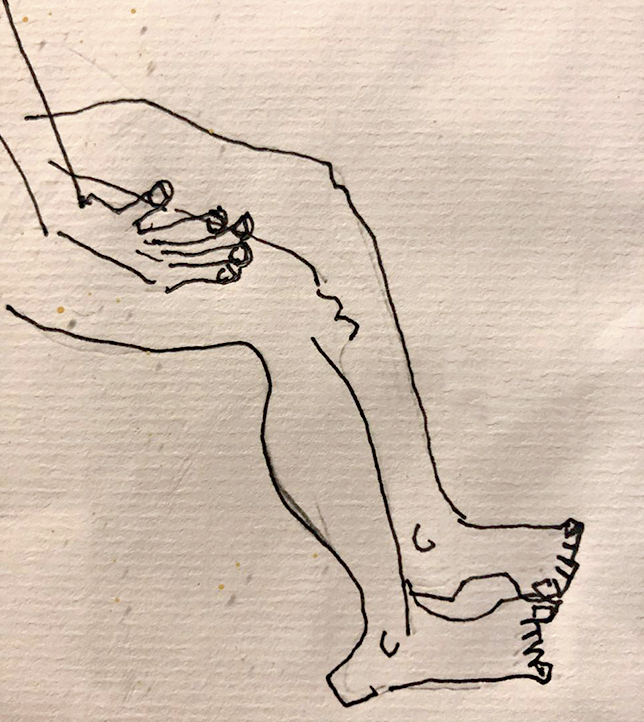 We are here. Now. At this time. At this moment. A million years years later, how would they know what happened here? What happened now? What happened to us? What was done to us? What happened to others? What we did? What we the People did to you the People? How would anybody even know? A million years? No that’s too long a span, too abstract. Even five hundred years from now: how would they ever even come close to knowing what happened? On what authority? On whose authority? Who’s to tell the truth about what is happening today? To us? To them? Not people. Not a species. Not a kind. Not humankind. But Us. And Them. This religion or that. This sect or that. This race or that. This colour or that. This region or that. This language or that. This culture or that. This hemisphere or that. Eastern or Western. Southern or Northern. Oriental or Occidental. This denomination or that denomination. Continentals or Islanders. Meat eaters or non meat eaters. Such meat eaters and such and such meat eaters not. This meat yes, that meat no. Tuesdays meat yes and Tuesdays meat no. Sabbath people and no Sabbath people. Aryans and non-Aryans. Good clans and poor clans. Upper caste and Lower caste. Touchables and Untouchables. Coloured and Colourless. This sex and that sex; the fair sex and the unfair sex. Where’s the truth amidst us? And who’s to tell it? And who’s to believe? And there’s so much more of that now among us, what do they call it? FaKeNews. Not that it always was not there. The paragon of truth purveyed FaKeNews. Yudhishthira announced Ashwatthama dead. Or did he not? We do not really know. How are we to know? From an epic saga called Mahabarat? Story, that is.

I have come away from all of that. One of you discovered this place is round. Or no, that it is a sphere. Or no, that it is like an orange, bitten on top, bitten at the bottom. But anyhow, that means that should I keep walking and walking and walking away from where I left —- that bric-a-brac lane and the wooden cart upon the other side of it —- if I kept on walking and walking from there I shall get back, eventually to where I began. But I am not of this place, you see, not of this little sphere where everybody has become another body, somebody else, and nobody is part of People. I belong to large spheres. Although I do not even know if they are spheres. They are vacuums. Voids. Shapeless. Formless. Eternal. Where I am.

And some of them would give God a home, as if God did not possess an abode. What might they even think of themselves? They? Give their God shelter? They make my rules? Look at me. Look at my shape. I am gnarled. It is just what the shape of my limbs has turned to, journeying away. And away from it all. What will they do for me? Can they even imagine from the shape of my limbs the state of my body and my soul? What will they give me? Me, Mahadeb?

Four weeks it has now been that I have been going, twooting like an owl in this space as if it had become mine to twoot-twoot as I wished. Four weeks, the space in which an entire month is considered gone. Or has it been five? Who cares? I am not among the counting ones, what’s gone is gone, what lies in counting what’s gone?

How much time that’s now gone, fallen into that abyss most folks call history and keep rolling over out of preference and prejudice, this layer on top, no that layer on top, this layer to the dustbin, this new layer in lieu of it. All this shoving and shelving of what history is no longer required or convenient, all this showcasing of history that requires to be superimposed. Like history were some wok of tossed noodles.