Advertisement
Home / Culture / A chaiwala who serves tea as promised, nothing more, nothing less

Lazy Eye: You are not Us. You are You and for that reason you are now allowed. Anything. 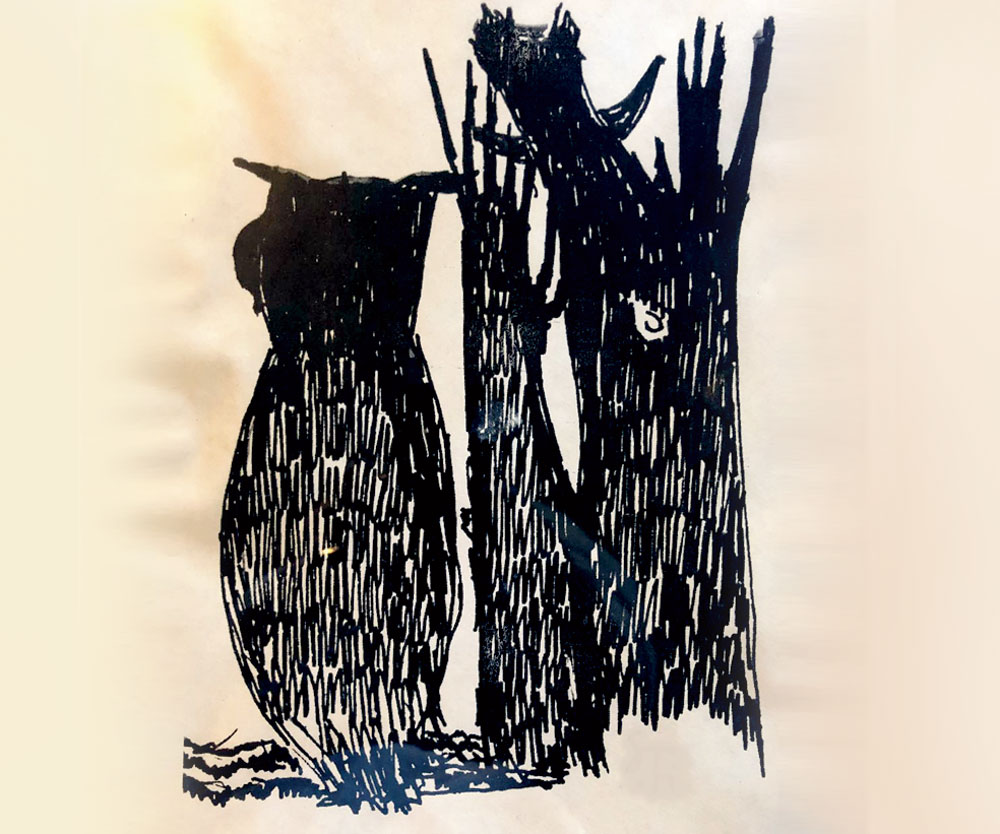 I have arrived here upon travel. By dark, by night, my trail dissolved in my wake by the inkiness that I chose to depart in. From the side of the street I inhabited so long. From the throne I sat upon and served. I was a sewak too. I served. I served piping tea in bhaanrs, and often, when expressly sought, piping coffee in the same bhaanrs. I gave out what I promised to give out. No more. No less. And that is why I had a loyalty around me. Folks who came and got served, and folks who kept returning, day after day, several times a day. They knew they would be served what little I had promised to serve them.

I was the chaiwala (not to be confused with TheChaiwala, God forbid, no) who sat upon that throne of wood and beaten tin. Upon that stove of burning coals. Upon that cart across the street. I served, and I may yet serve again. But only what I ever promise. I promise to serve piping tea, and often, when expressly sought, piping coffee. I never promised to serve the nation, nor ever will. No, Ganga maiyya ki saugandh, such lies are not for me. Not to issue, not to serve out. I do not serve out lies, I do not serve the nation. I only serve tea. Or served. Because I am now gone. I have arrived at quite another place. Who’s to tell how far or how close? But another, quite removed, place it is. Removed from all of that.

I am that which comes off prisms, I am not that one and only thing staring back from lavatory mirrors. Ever looked into lavatory mirrors? No matter what you are looking at, they always make you look something good. No matter what you’re looking at, no matter if you looked at something that belonged in the lavatory, something that deserved a good flushing. And a good wiping and washing thereafter.

But I am blabbering. I may not be making sense. Folks that do no longer choose to belong — to this or to that or to the other — often do not make sense, or appear not to, or are said not to. I am, I confess, one of those. I do not belong. But well, I do not wish to belong. I have told you why, in bits and pieces over past weeks. I do not belong where I once did belong. And so I moved on, I travelled. I etched a route. And now I am here. But I am, as I keep telling you. I am missing, but not really. I am not missing to me. I am to me. And I am to those who believe I may still belong, be a being deserving of being. Amongst you. Serving what I made a vocation and a love of serving. I serve nothing now. I serve nobody. But something had begun to tell me I was no longer required to serve. Anybody, or anything. That’s what I have also come away from; from the slightness of being. But what am I saying? I am blabbering. How could that ever be? My slightness of being. I am Mahadeb. And I am time.

I move and I stay still. I go from one place to another place, and watch the one place become another place from the place I have gone to, and nothing that I see from one place or another changes. I am at a distance. I am of distances. I have become of distances. I know of differences when close, but those differences I have come away from. It is those differences I have come away from. I like differences; they are what make one and another, and one from another, and they are what make things things of variety and vibrancy. I like differences. But I do not like differences when they are inflicted differences. Differences that wound and defile and define in the vocabulary of bigotry. You are this and I am this. I am right because I am this and you are wrong because you are that. You are wrong. You cannot go there. You are not to be allowed this. You may not wish or want this. You may not have this or even seek to have this. You are wrong. You do not belong here. You are not who you might have been. You are not who should be. You are not Us. You are You and for that reason you are now allowed. Anything. Anything. Kuchh bhi. Whatever.