There's more to celebrate than Dussehra, Durga Puja and Holi

Add these lesser known festivals to the annual calendar 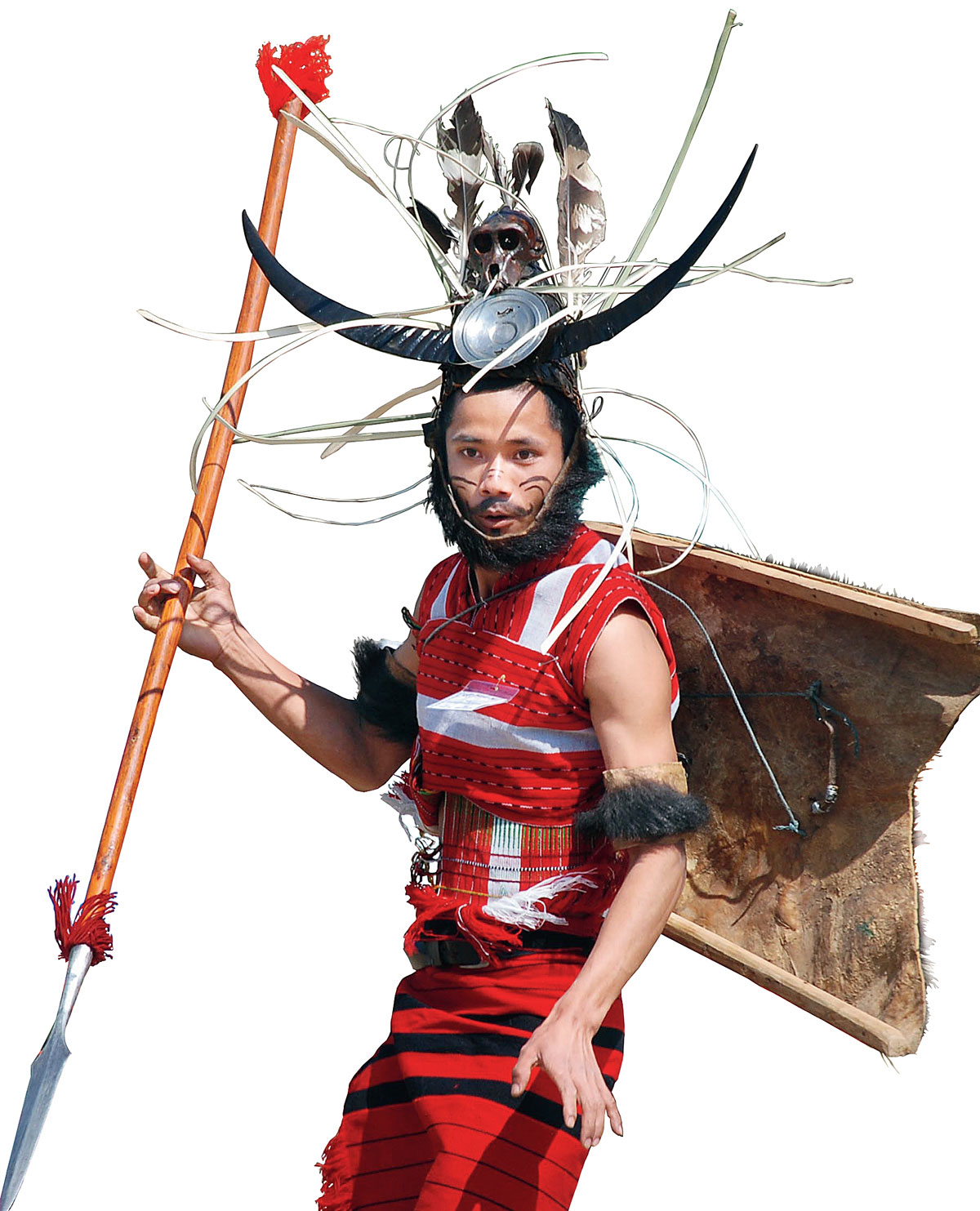 Although Dree is the festival of the Apatani tribe, it has gained popularity amongst other tribes in Arunachal Pradesh. The two-day festival celebrated in April is meant to ensure a good harvest. People offer prayers to four gods — Tamu, Harniang, Metii and Danyi. Traditional dances are performed and cucumber, which is considered a symbol of a good harvest, is distributed among all. Women brew wine and people savour various delicacies along with volumes of rice beer.

This 800-year-old dance festival is typical to north Malabar. People of Karivellur, Kurumathur, Nileshwar, Ezhom and Cherukunnu in Kerala celebrate it every year between December and April. The most intriguing and interesting bit about this festival is the reversal of caste positions it necessitates. The performers belong to lower castes. They paint their faces yellow and red, dress up in flamboyant costumes and headgear. This is perhaps the only time of the year when the upper castes fall at their feet and worship them as gods. In his book, Nine Lives: In Search of the Sacred in Modern India, William Dalrymple writes about Dalit Hari Das, who slips into a deity-like avatar once a year — taking a break from his day job in a jail.

The Downton Abbeys of Dhanyakuria

This is a tribal festival-cum-fair of Telangana and the second largest such in India after the Kumbh Mela. It commemorates the valour of a mother and daughter, Sammakka and Saralamma. Tribal lore has it that some time in the 13th century, tribal leaders went hunting in the forest and found a newborn playing amidst tigers. This was Sammakka. She was adopted by the head of the tribe and brought up to be chief after him. She later became the saviour of the tribals of the region and is considered a goddess by them. The festival is held once in two years, in either January end or beginning February. All the festive rituals are conducted by priests of the Koya tribe.

In March, when north India celebrates Holi, the Meiteis of Manipur celebrate their own version called Lai Haraoba. During this five-day festival, they worship local deities Sanamahi, Nongpok Ningthou, Leimarel, Pakhangba and 364 umang lais or jungle deities. Both men and women dance and enact the Khamba-Thoibi, a popular Manipuri folktale. The festival ends with performances such as Ougri Hangen or the song about controlling the mind; Khencho, which is about the concept of the third birth; and Hijan Hirao, the song sung during the felling of trees to craft two big boats — one for the male deity, the other for the female. Sports such as indigenous polo and wrestling mark the conclusion of the festival.

In the hills, the Kukis, Chins and Mizos celebrate the colourful Chavang Kut. Dressed in colourfully woven half-sleeve jackets and sarongs, the cultural troupes of the Kuki tribe gather at the picturesque Peace Ground at Tuibong in Churachandpur, Manipur. The traditional Kuki symbol of the skull dominates the festival — celebrated in the latter half of October — after the villagers complete their back-breaking toil in the fields.

The Bodos of Assam celebrate Bwisagu, a festival of Shiva or Baithou, in April, around the same time as the rest of Assam celebrates Bihu. One of the major attractions of the festival is the Bagarumba dance. Women dress up in the traditional dokhana or draped skirt and the jwmgra or shawl. With outstretched arms and the shawl around their shoulders, they look like colourful birds fluttering wings. The men play instruments such as the serja (it resembles a violin), tifung (something like a flute), tharkha (a piece of split bamboo) and khum (a long drum).

In spring, when the sal trees get new leaves, the Oraon tribe of Jharkhand celebrates Sarhul. Sal flowers are brought to the saran sthal or sacred place where the pahan or priest offers prayers to the gods and distributes the flowers. It is believed that the flowers represent the brotherhood among villagers and the earth becomes fertile after this festival. Around this time, the Santhals — who constitute the largest tribal community in Jharkhand — celebrate Baha, the festival of flowers. Besides sal, mahua flowers are used in the rituals. The Santhals and Oraons of Bihar, Odisha, Bengal and Chhattisgarh also celebrate colourful Sohrai. Come October, they coat the outer walls of their houses with a layer of white mud and while it is still wet, they draw flowers, fruits, leaves and other motifs inspired by their habitat.

This festival derives its name from the Hindi word “hariyali”, meaning greenery, and is one of the most prominent performing arts festivals of the Durg district of Chhattisgarh. At the core of all performances lies a veneration of all that is crucial to the farmer — his cattle, his ploughing equipment and so on.

It is a folk dance festival performed to celebrate the advent of spring by Thigalas, a community of gardeners and lake settlers in Bangalore, Mysore and Madikeri areas of Karnataka. It is seen as a tribute to Draupadi, the Pandava queen. Legend has it that at some point, Draupadi took the form of goddess Shakti and created soldiers called the “veerkumaras” to deal with a demon named Tripurasura. When it was time for Draupadi to go to heaven, the veerkumaras wanted her to stay back. She couldn’t keep their request but promised to visit her devotees on the first full moon day of the lunar new year. Her visit marks the nine-day festival in which the priest, dressed as a woman, covered in flowers, carries the Karaga (the three-feet tall water pot symbolising Draupadi) on his head and walks to the homes of the veerkumaras so that they can worship the Karaga. The dancers perform various acrobatic feats — while following the procession — to the accompaniment of musical instruments like the thavi, nadaswaram, muni, udukka and pamba. At the end of the festival, the Karaga returns to the temple.

In other words, all time is festival time in this country of ours.

It is celebrated in Nagaland and the Naga-inhabited areas of Manipur. The festival that marks the sowing season is celebrated on February 15 every year. Traditional dances are performed, local dishes are prepared and a fire is lit to bless the seeds to be sown.

During Bwisagu, Bodo women wear their shawl around their shoulders and spread their arms
File picture

The Maithils of Bihar celebrate the arrival of summer and their new year on April 14. They call the occasion Judi Sital. On this day, they eat badi-bhaat (made of gram flour) prepared the day before and donate earthen pitchers containing water to Maithil Brahmins. The other festival of the Maithils is Sama-Chakeva, which is usually celebrated when winter commences and birds migrate from the Himalayas to the plains. Maithil women make idols of a pair of birds named Sama and Chakeva and decorate them in the traditional way. The day-long celebration ends with a vidaai or goodbye to these birds and an earnest prayer that they return the following year.

The Pushkar Mela of Rajasthan is well known but have you heard of Gujarat’s Vautha Mela? Hundreds of camels and thousands of donkeys are adorned with ornaments and paint and brought to this fair to be sold. The mela or fair that happens around November every year is considered more important than Diwali celebrations as it takes place at the confluence of seven holy rivers — Vatrak, Meshwo, Hathmati, Shedhi, Majum, Khari and Sabarmati. Diyas are set afloat in the water in the evening. A popular snack associated with this festival is the khichu, which is made of rice, cumin seeds, green chillies and soda bi-carb.

Dree, the festival of the Apatani tribe, has become popular with other tribes in Arunachal Pradesh
File picture

This festival is named after a fruit and is celebrated by the Bhatra and Halba tribes of Bastar in Chhattisgarh. Much like Odisha’s Rath Yatra — it also takes place in July — there are three chariots carrying the idols of Jagannath, Balabhadra and Subhadra and a procession of devotees follow them. Villagers make pistols out of bamboo and use bullets made of the goncha fruit to attack each other playfully. Young men play the tupki or a long pipe-like instrument to woo the women.