Peek into history through textile conservation 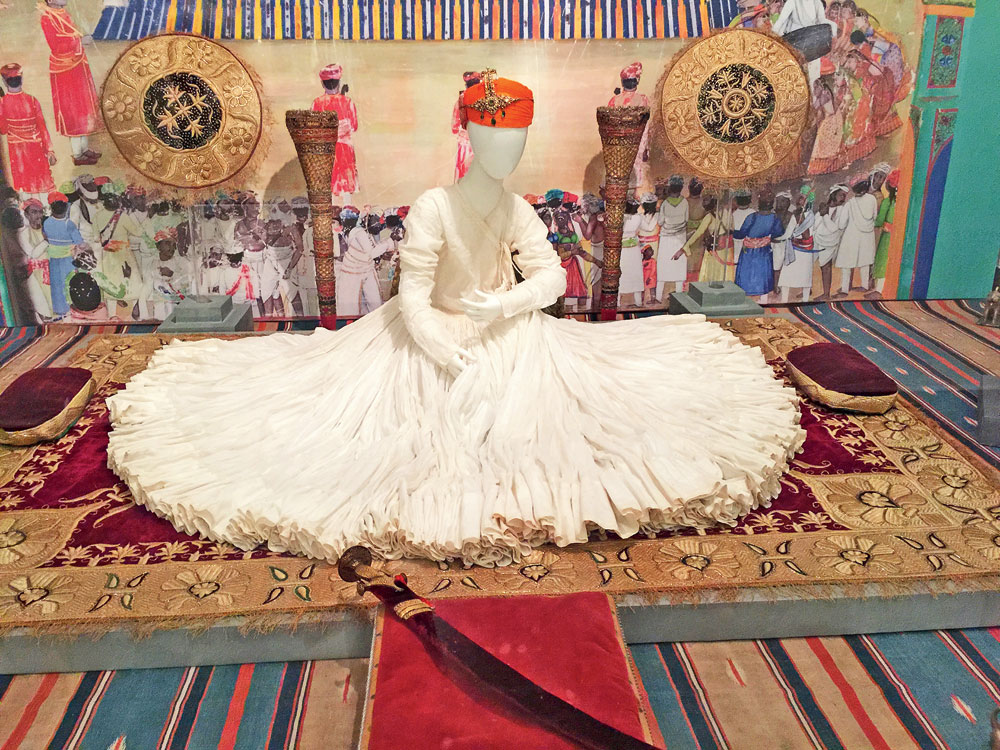 A mordant and dye painted cotton Coromondal chintz, circa 1640, that served as a bed head cover, now hangs in all its glory at the Nehru Gallery of Victoria and Albert Museum (V&A) in Kensington, London. It was in poor condition until Deepsikha Kalsi, founder of Textile Conservation Studio, Delhi conserved it during her internship at the V&A in 2011. The restoration of the chintz was one of the case studies in a five-day workshop conducted by Lynda Hillyer, erstwhile head of textile conservation at V&A, and Kalsi, at the Indian Museum in collaboration with Sutra, an NGO dedicated to increasing awareness on textile heritage.

The chintz, an irregularly shaped textile panel was stitched onto a cotton ground, outlined with couched silk. The panel was made in Europe from pieces of a 17th-century hanging showing figures in Iranian-style dress of the type seen in chintzes made for the Golconda court. Paper had been inserted beneath the appliquéd patches to achieve a raised embossed effect. This entire assembled fabric was supported by a coarse cotton fabric at the back. Ten pieces of this assembled fabric were designed and put together to construct the bed head. The paper underneath the appliquéd areas had become a solid brittle pulp in many areas and was causing strain on the appliquéd chintz patches as it was bursting out, resulting in splits, tears and losses.

When the chintz was acquired by V&A, it was yellowed, in acidic condition with colour alteration, cellulose deterioration and frayed edges. “The fabric was wavy and stained,” says Kalsi.

The conservation process involved dry cleaning the surface using minimal mechanical action and since it was not possible to use stitches in the areas layered with paper, it was decided to use adhesion to support the appliquéd areas.

“The support/infill fabric was dyed with Novacron dyes in 27 different colours to match the shades required which involved 200 hours of dyeing,” she said. An adhesive free film was cast and transferred on these dyed support fabrics, which was reactivated in situ.

The back was stitched using the original stitch holes. And, to arrest the fraying edges, patch supports were provided.

Hillyer, who is currently working to raise awareness about care of collections and conservation in India and is researching and writing on Indian textiles, tells the gathered audience at the Indian Museum, “India has a unique textile heritage and whatever museum you go to here, they have textile that is worth conserving. I have visited the Mehrangarh and Calico museums [in Jodhpur and Ahmedabad, respectively]. The Calico museum has a collection, which is similar to that of V&A. I worked on the storage of the Mehrangarh collection many years ago. There was no money available at that time but there were many local things that were used, like this wonderful mulmul in the market and raw cotton bolls.” 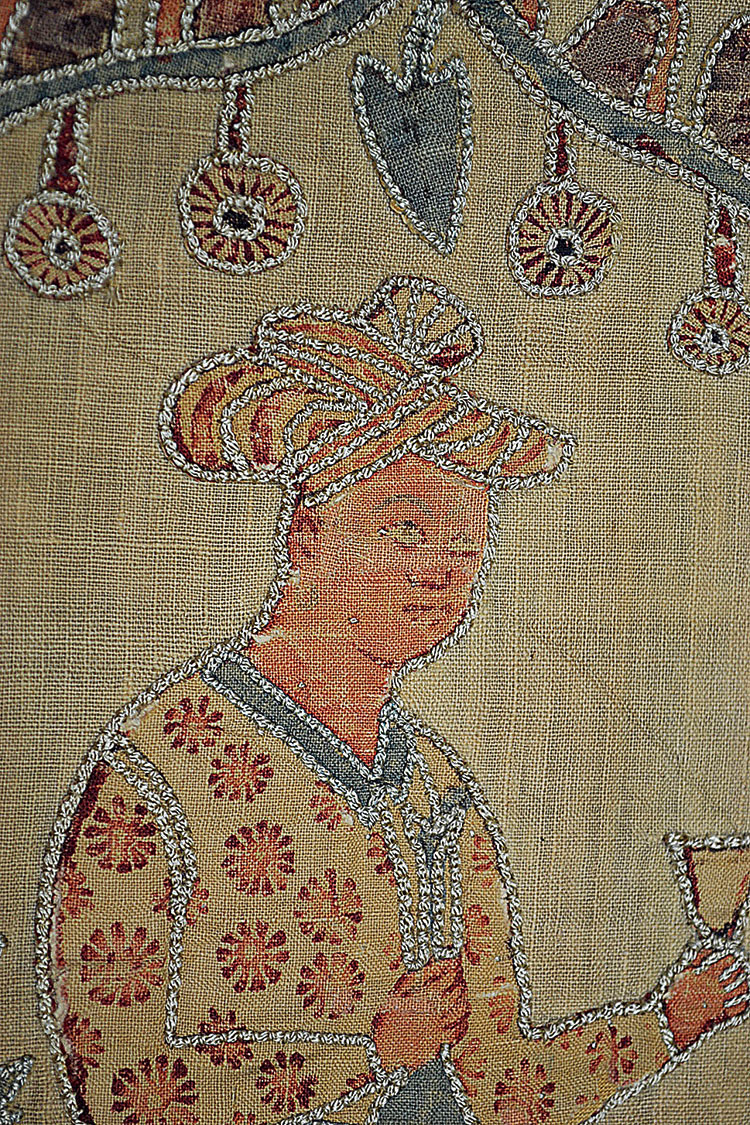 Here's what Kylie Minogue and Shakira have in common

Hillyer’s first major project as head of studio at V&A was the Indian Gallery, which involved 400 varieties of textiles. She worked on kalamkari textiles from the early 18th century.

Then there was a Mughal tent from Jodhpur that was on loan to New York’s Metropolitan Museum of Art. The general rule in the West is to maintain the humidity of the chosen conservation space at 50 per cent. This tent too was kept under similar conditions, but then all the holding threads started to break. Says Hillyer, “And that was because the tent had been preserved at different levels of relative humidity at Jodhpur and New York. The variation in humidity disintegrated the holding threads.”

She explained, “Fibres are hygroscopic in nature — this means they immediately absorb the moisture and release it.”

Another method for textile conservation is wet cleaning. But it is an irreversible process and should be very carefully considered. Hillyer talks about a 15th century tapestry cleaned using this technique. The piece, known as the War of Troy Tapestry, was all of 7.5 metres by 4 metres, and woven in Tournai in northern France. The 500-year-old tapestry had sustained a lot of damage. A large piece had been torn out and repaired with a piece of linen.

Says the conservation expert, “You could see a patch at the back. In large areas, the linen had been painted to try to make up for the loss of colours and pattern. It had been thoroughly vacuumed because it was quite dusty. A lot of the old repairs were taken out. Then the piece was sent to a special installation in Belgium for wet cleaning.” 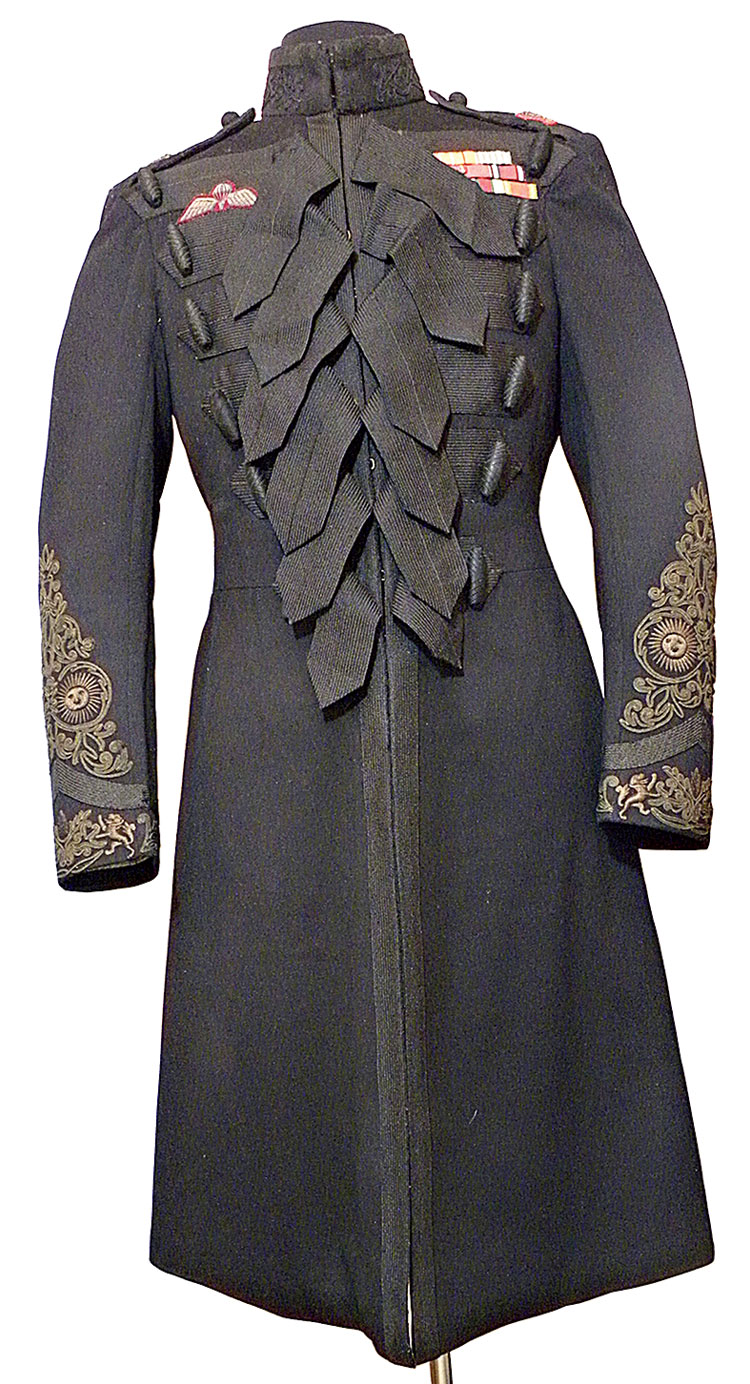 The special installation consisted of a large room, the floor of which was perforated. The tapestry was laid out on the perforated floor and water vapour mixed with a special detergent was drawn through it by means of suction. Hillyer said: “It was actually a giant suction table. It is a very safe way of cleaning a large tapestry because there is no handling involved, we don’t have to move it when it is wet, which is when it is much more vulnerable.”

After the cleaning, the tapestry was blotted dry with cotton sheeting and then warm air pulled through it by suction. The whole process was completed within eight hours. Samples of the rinse water from this particular tapestry showed that it started out very, very dirty and gradually became clearer and cleaner.

“In some studios, tapestries are still washed by hand. Textile becomes weaker and heavier when wet and often very difficult to handle,” said Hillyer. Not just tapestries, big jamas — dresses, from India — have also been washed at V&A.

“Deepshikha and I have been involved in washing big jamas with hundreds of metres in the skirt. About eight people are involved in the task. The skirt is spread out in a big circle in the wash tank. We wash it with sponges; the sleeves are in a pole, the bodice is upright and the skirt is spread all around,” described the conservator.

Hillyer told the audience that the conservation team was at work on one such jama one whole day. “Certain processes have to be done in one go and this was one,” she said. For example, the early stages of cellulose degradation is water soluble but sometimes it is not possible to get it all out in one rinse. And if you don’t dry it quickly, you are going to get ring marks. You can get re-deposited dirt which is impossible to take out. Wet cleaning can be a 14-hour-process. It can be very dangerous, cautioned Hillyer.

According to her, it has to be considered whether it is really worth going through this process and if there is a possibility that you might be washing away evidence. Stitch marks and needle holes can be washed away with wet cleaning because fibres expand and contract.

She elaborated, “You may lose all that evidence. You may lose the finishes on the textiles, you may have different fibres within the object which may react differently to water.”

What then is the central philosophy of conservation, something conservators should do well to keep in mind?

The veteran conservator-cum-educator said, “That conservation is an essential part of preservation but every intervention carries a risk and must be considered carefully.”