The diary of an unsung INA trooper 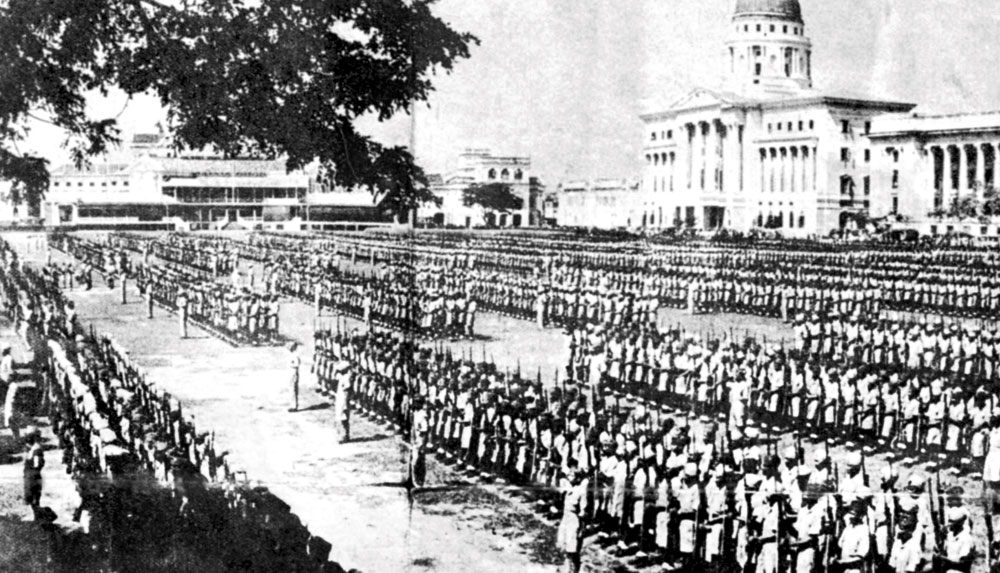 Past forward: The Indian National Army on the grounds of the old Supreme Court building in Singapore
File photo of INA
Prasun Chaudhuri   |   Published 19.01.19, 08:34 PM

As the INA troops inched closer to India, the enthusiasm of the soldiers mounted. The journal makes a note of Netaji’s “Chalo Dilli” speech, wherein he raised the cry — Let’s march to Delhi. To celebrate the triumphal sense of the moment, Nandy, who had some culinary skills, made rasogollas. He notes in his journal that Netaji partook of them as well.

As the war intensified, Nandy was transferred to Rangoon [now Yangon] and, thereafter, the Arakan Front in western Burma. But the winds had changed; the INA met with a huge setback. Bhupal Chandra Lahiri, who is a retired colonel of the Indian Army and has studied the INA’s military campaign, says, “The British carried out incessant air raids. The Japanese logistics were no match. These compounded with the early monsoon jeopardised the situation. Many soldiers of the INA either died of starvation or succumbed to diseases.”

The troops had to beat a retreat. Nandy was captured along with some others at Proma, north of Rangoon. He was once again a PoW, only this time of the Allied force. He was airlifted to Chittagong, now in Bangladesh, and from there they were transported to a detention camp near Jessore, also in Bangladesh. Nandy notes in his neat hand: “While we were packed into a steamer we heard that the British had recaptured Burma and that the atom bomb had been dropped on Hiroshima. The Japanese surrendered. The war ended. And that Netaji died in a plane accident.”

Nandy and fellow members of the INA were removed to the Red Fort next, where the historic trial of the INA soldiers took place. After a month, he was transferred to a detention camp in Bhopal and then brought back to Delhi. He was finally released in March 1946.

But India was not free yet and most of those who had joined the INA were now treated as deserters. INA prisoners were categorised as black, grey or white. It was a measure of loyalty. Blacks were those who were most committed to Netaji’s cause. And black was how Nandy was categorised too. A letter from a high-ranking military officer spells out his punishment: “In view of your conduct while in enemy hands, His Excellency… has decided your services should be dispensed with.” Nandy was without money and job. On May 29, 1946, he was dismissed with a package of Rs 4,998.

Post dismissal, after a short stint with a private company, Nandy started a charitable clinic. He also joined the Anti Malaria Society in Sodepur. Dr Sanmath Nath Ghosh, 91, had worked with the society and still remembers Nandy. He says, “He treated the people of Raja basti (a slum in the area) and was very kind-hearted.”

Says Dr Ghosh, “He was a hero to us. A living proof of Netaji’s ideals, a true patriot who believed work is worship.”

The sheaves of ruled paper were discovered last year in a dilapidated room on the first floor of Nandy Villa, a decrepit house in Panihati, 19 kilometres north of Calcutta. The five-part journal of the late Lieutenant Colonel Dr Benoy Kumar Nandy, spanning five decades beginning 1941, was at the bottom of a rusty steel trunk, beneath a pair of khaki battle fatigues. The fatigues had belonged to Nandy, as did the house and the room, where he died in 1995.

Nandy had been a medical officer in the Indian National Army or INA. The INA was an armed force raised by firebrand nationalists in Southeast Asia during World War II. Its founders had formed an alliance with the Axis powers and especially the Japanese empire, to free India from British rule. Nandy’s nephew, Sekhar Seth, tells The Telegraph, “We were looking for documents to prove that my uncle was indeed an INA man, so his daughter, my cousin Papiya, can claim the freedom fighters’ pension she is entitled to.”

It is Seth who has taken upon himself to transcribe and piece together the narrative from the musty pages and the smudged jottings on them. He recalls seeing his uncle scribbling away in the corner room of Nandy Villa. He says, “What I didn’t realise was that he was chronicling his life’s story meticulously.”

Nandy’s notes are in a mix of Bengali and English. The language is unpretentious and so is the thinking behind it.

The same dogged sincerity runs through all the expressions of exhilaration, disappointment, as in the descriptions of the mundane.

In 1941, Benoy Kumar Nandy joined the Indian Medical Service, a military service in British India, after graduating from the Calcutta Medical College. The opening entry reads: “On September 2, 1941, I started for Lucknow from Howrah in a first class compartment. My father, Keshtobabu, Kalyan, Jagu and a few friends came to see me off... I have no idea what military life will be like...”

Seth introduces me to Nandy’s other nephew, Kalyan De, whom Nandy refers to in his entry. Says the 86-year-old, “I was eight when mama left. He would write to me and Dadu — his father and my grandfather — off and on.” It seems he wrote to them about his training at the Lucknow Academy, his Meerut posting and then about his experiences overseas.

The details are contained in the journal. Only after Nandy’s ship had sailed from Bombay dock that he and his colleagues were told that they were headed for the Far East. He writes, “We left the jetty on January 16, 1942.” In his memoirs titled India’s Struggle for Freedom, Major General Dr A.C. Chatterji also writes about this voyage.

Chatterji was a key official of the INA and Subhas Chandra Bose had named him governor and finance minister of Azad Hind, the Indian provisional government established in occupied Singapore in 1943. Chatterji was Nandy’s mentor and his superior in the British Army.

Within a week of their arrival, Japan invaded Singapore. The city fell and an estimated 80,000 British, Indian and Australian troops became prisoners of war (PoWs). Nandy writes: “The water supply was destroyed and we had to use the water from the sewers. There was little food. There was malaria and vitamin deficiency.” He was posted at a makeshift hospital and there is a line of warm acknowledgement about his contribution in Chatterji’s memoirs.

Amit Dey, a senior historian and professor at Calcutta University, says, “History is a layered thing. One layer would be the top leaders, a lot is written about them and their views. Of course, we need those. But we also need to know about the role of the rank and file and in their own voices. But these voices are rarely chronicled or recorded.” Dey adds that often a revolution is the only way the ordinary man and woman can rise above his or her ordinariness. During my conversations with Seth and Kalyan De, I get a sense that after joining the INA, Nandy’s standing in society changed.

Shortly after the capture of Singapore, the Japanese decided to shift the Indian PoWs to the northern extremity of the city. Howls of protest went up in the Indian camp. The British had maintained a discriminatory attitude in the army all along in matters of pay, allowances and promotions, and now this.

Around this time, Captain Mohan Singh and revolutionary Rash Behari Bose founded the INA. The new army was to collaborate with the Japanese to secure India’s freedom from British rule. According to Nandy, nearly 60,000 PoWs signed up. He writes, “We, the hospital staff under Col. Chatterji, joined as INA volunteers. Those who didn’t were kept in PoW camps... We got new uniforms, badges and were trained in jungle warfare by the Japanese. They gave us equal salary and respect. We also learnt Japanese...”

But when Singh had a disagreement with the Japanese, Rash Behari Bose handed over the reins of the INA to Subhas Chandra Bose, who had just arrived from Germany. Nandy describes the day when they went to listen to “Subhasbabu”, the new commander-in-chief, at Bidyadhari [Bidadari] camp in Singapore. “We were excited to hear how he had arrived from Germany in a submarine… He told us this is a golden opportunity for us to throw out the British.”

Netaji, as Subhas Chandra Bose was known in the INA ranks, completely reorganised the INA as the Azad Hind Fauj. For women, there was the Rani of Jhansi Regiment (RJR). The troops then headed for Burma [Myanmar now], which was a British colony in those days.

Nandy’s observations bear out what Amit Dey said about the need for all kinds of tellings of history from many different layers. He writes about how in Maymyo in central Burma, the building that housed volunteers from the RJR was bombed by the British. He remembers how the following morning Netaji, Col. Chatterji and Major Lakshmi Sahgal stopped by at the hospital. In another entry, he writes about how Netaji met an injured havildar at the same hospital. On meeting Netaji, the man broke down. When he was asked the reason behind his great agitation, he said he had wanted to do something for India but had failed. He pointed to his wounded leg and lamented that he was in a hospital bed at a time when he was raring to take on the enemy. Nandy writes about how with the utmost compassion, Netaji assured the man that his contribution was important, outcome notwithstanding. 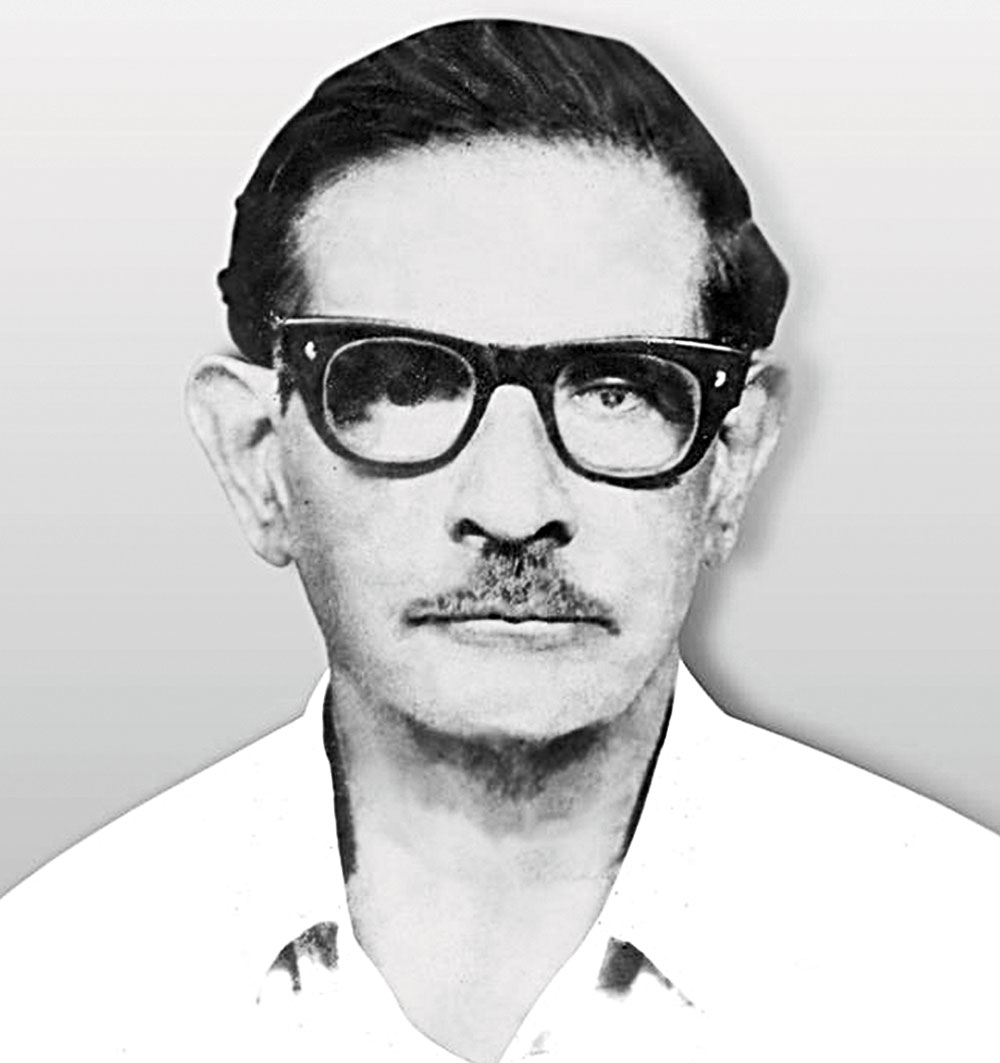 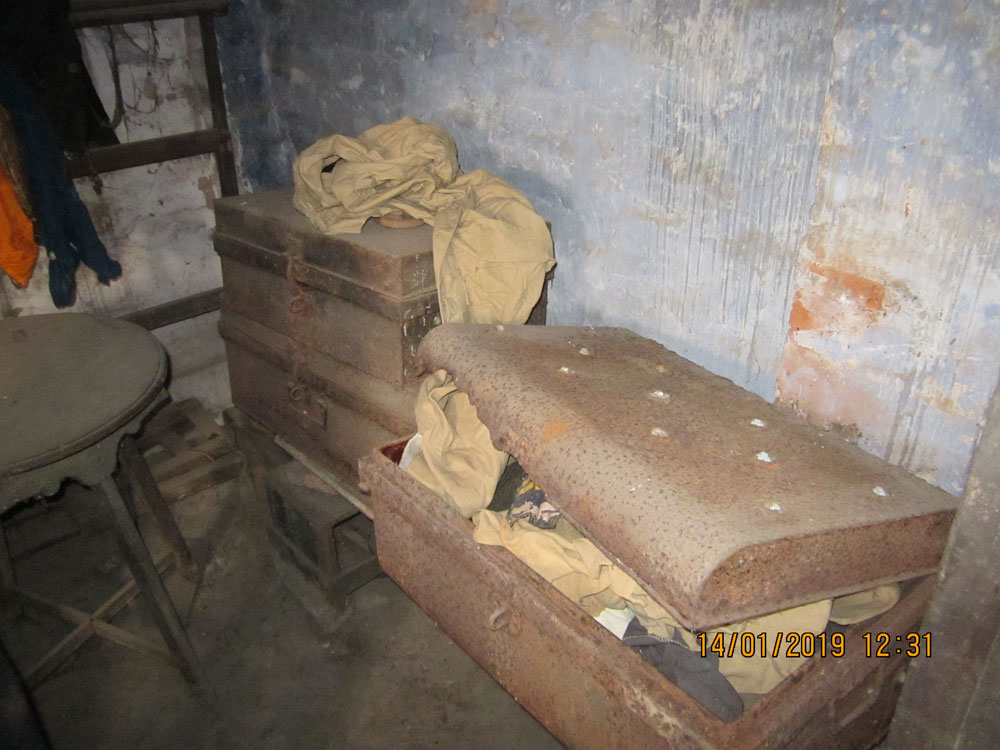 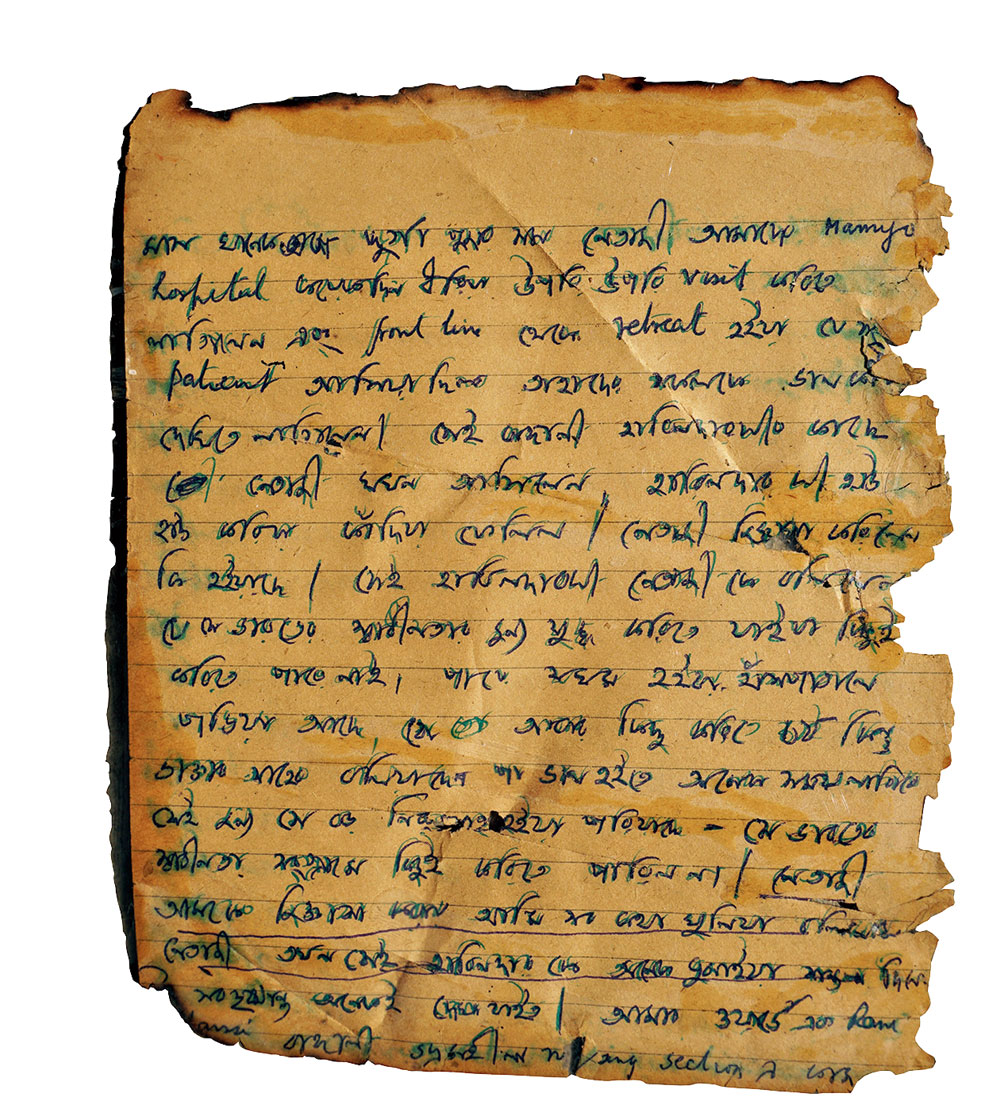