Nizam's jewellery worth billions on display

An exhibition titled Jewels of India: The Nizam's Jewellery Collection is currently on at the National Museum in New Delhi 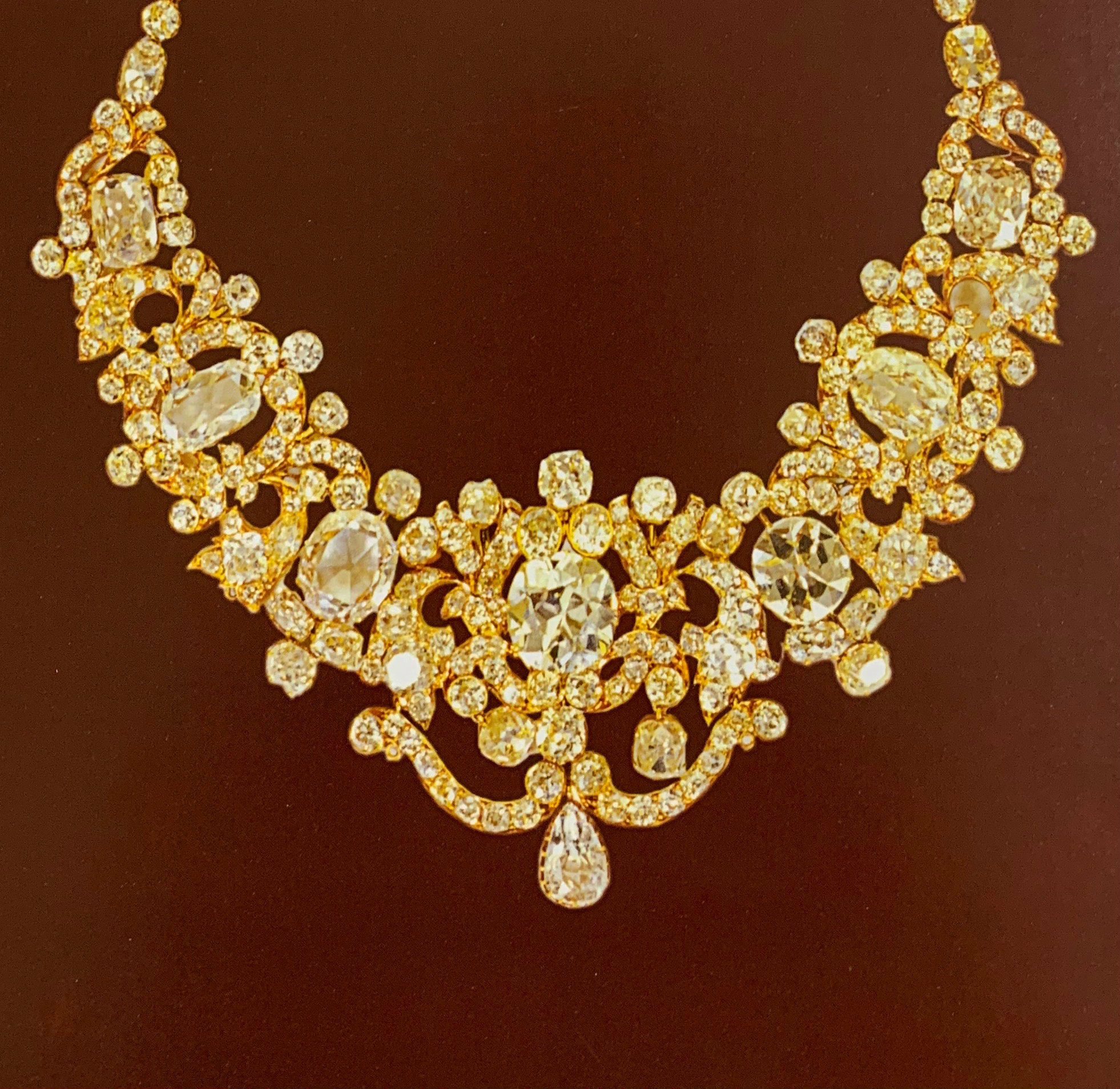 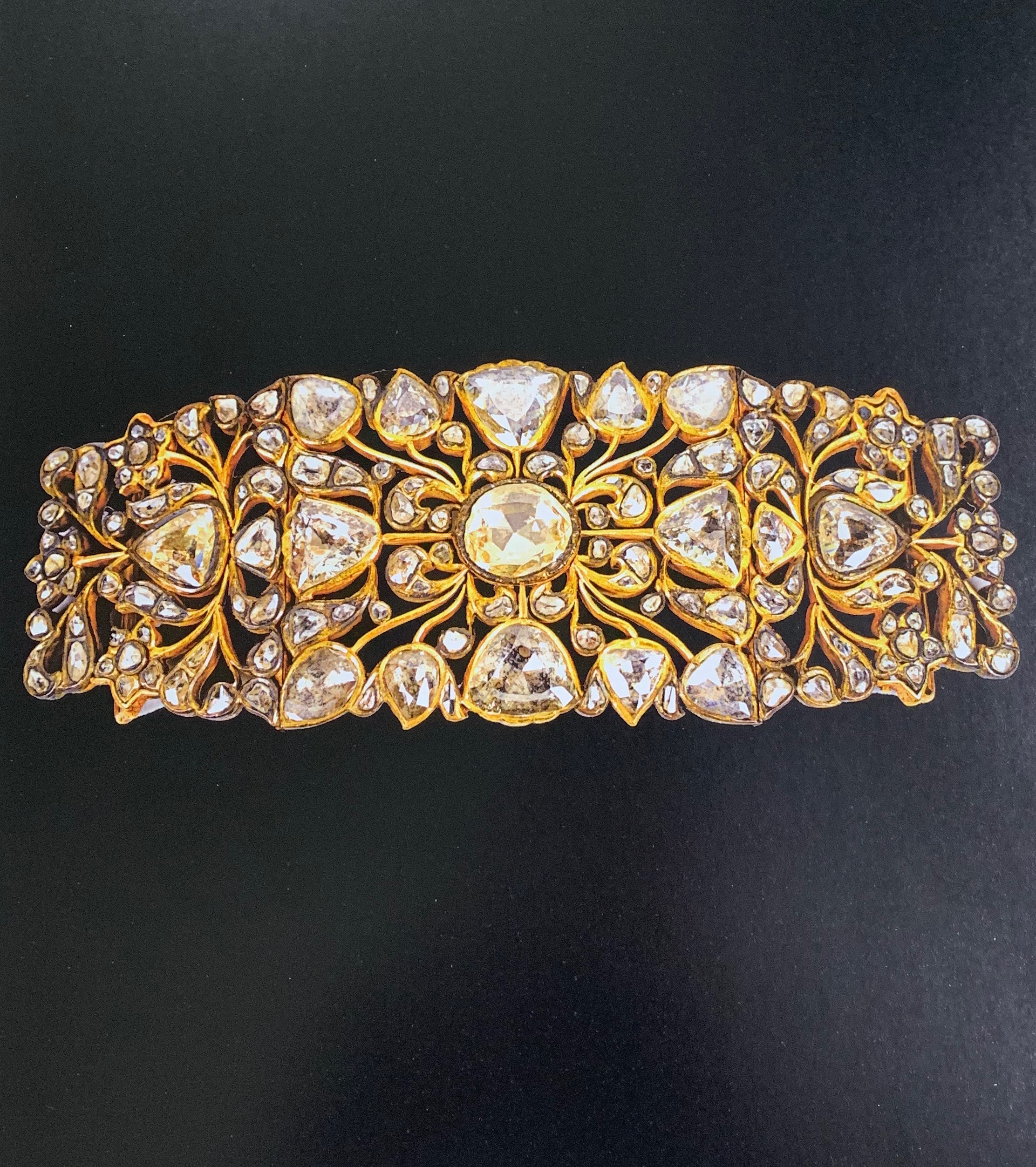 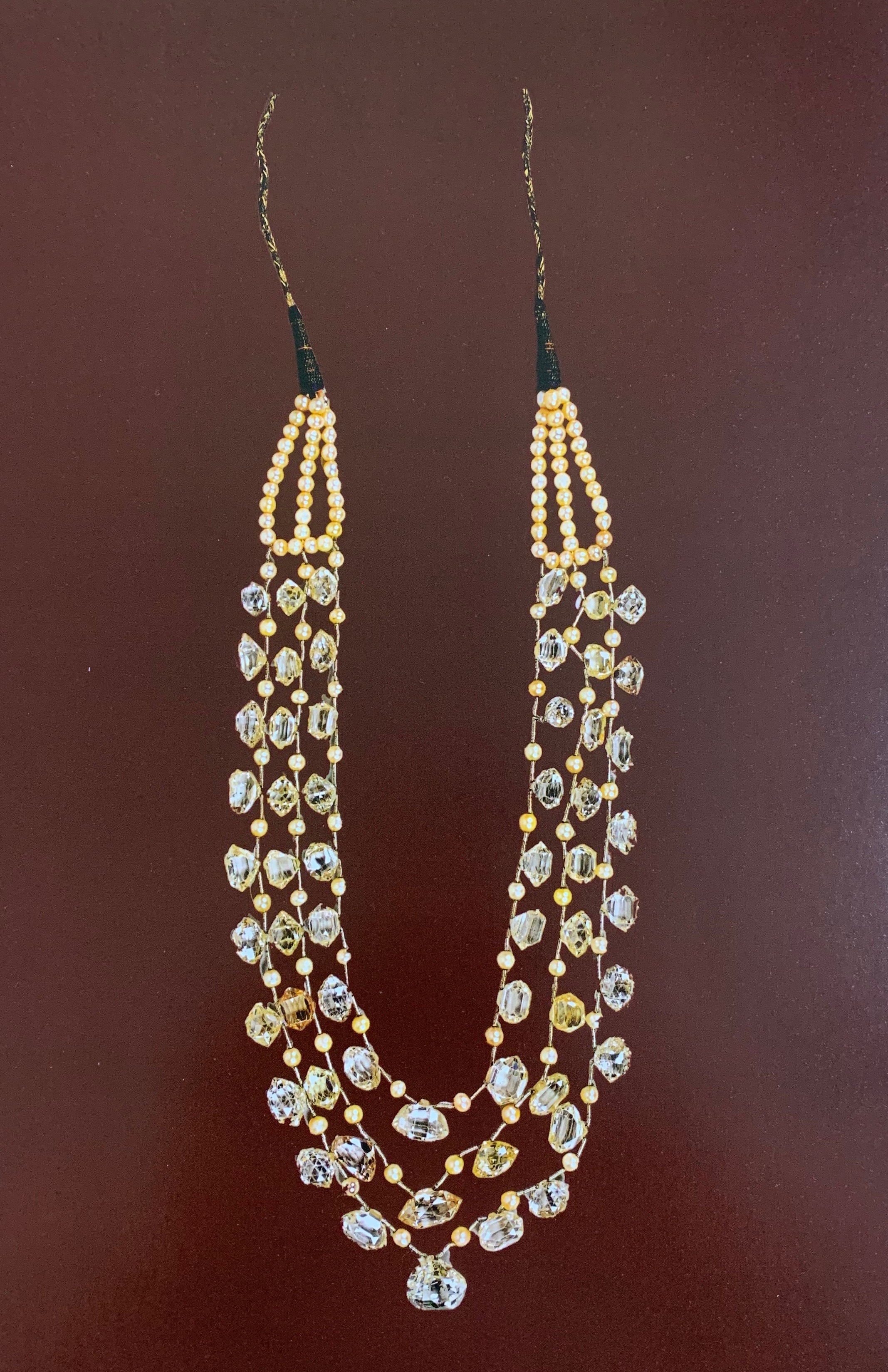 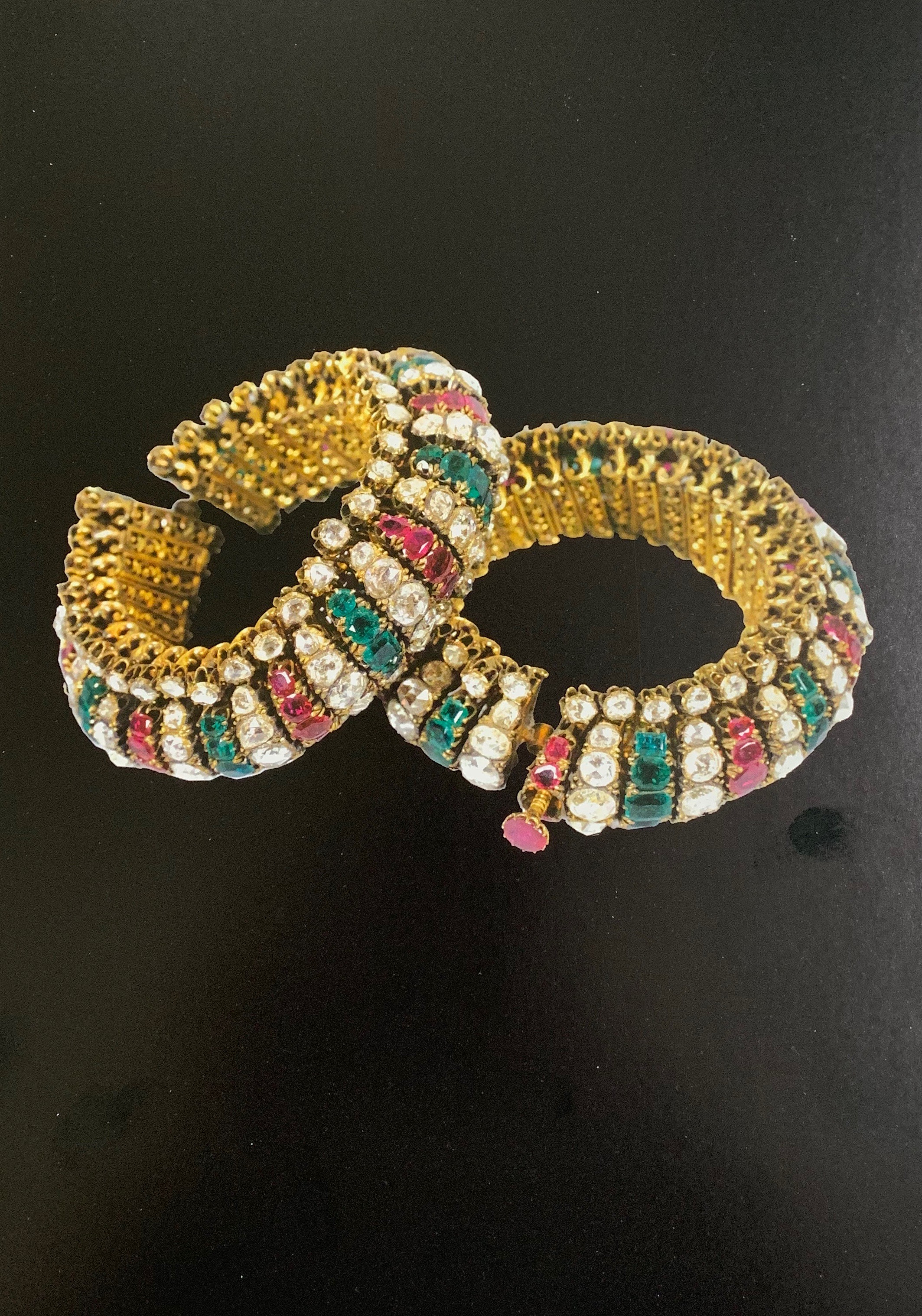 The exhibition, Jewels of India: The Nizam's Jewellery Collection is currently on at the National Museum in New Delhi. The exhibition which will remain open for public viewing till May 5, 2019 displays 173 exceptional pieces of jewellery once belonging to the Nizams of Hyderabad who ruled from 1724 to 1948.

The entire collection was bought by the Union Government for a sum of over Rs 217 crore in 1995 after a 23-year negotiation with the family of the Nizams post the death of the last Nizam, Nawab Mir Osman Ali Khan and his eldest son Azam Jah. The actual value of this precious legacy is difficult to calculate as it not only represents some of the finest jewels in the Indian subcontinent, but also embodies two hundred years of Deccan history.

This is the third such exhibition of rare and precious gems and jewels belonging to the period between 18th and early 20th century.The first such exhibition took place at the National Museum in 2001.

The collection includes sarpeches (a turban ornament), necklaces, belts and buckles, bracelets and bangles, earrings, armlets, toe rings, anklets, finger rings, a pocket watch and watch chains, buttons and cufflinks. A look at some of the exceptional pieces.

The diamonds are set in an open-back mould to allow for an easy passage of light to illuminate their brilliance. The seventh Nizam, Mir Osman Ali Khan is seen wearing this necklace in a rare photograph. 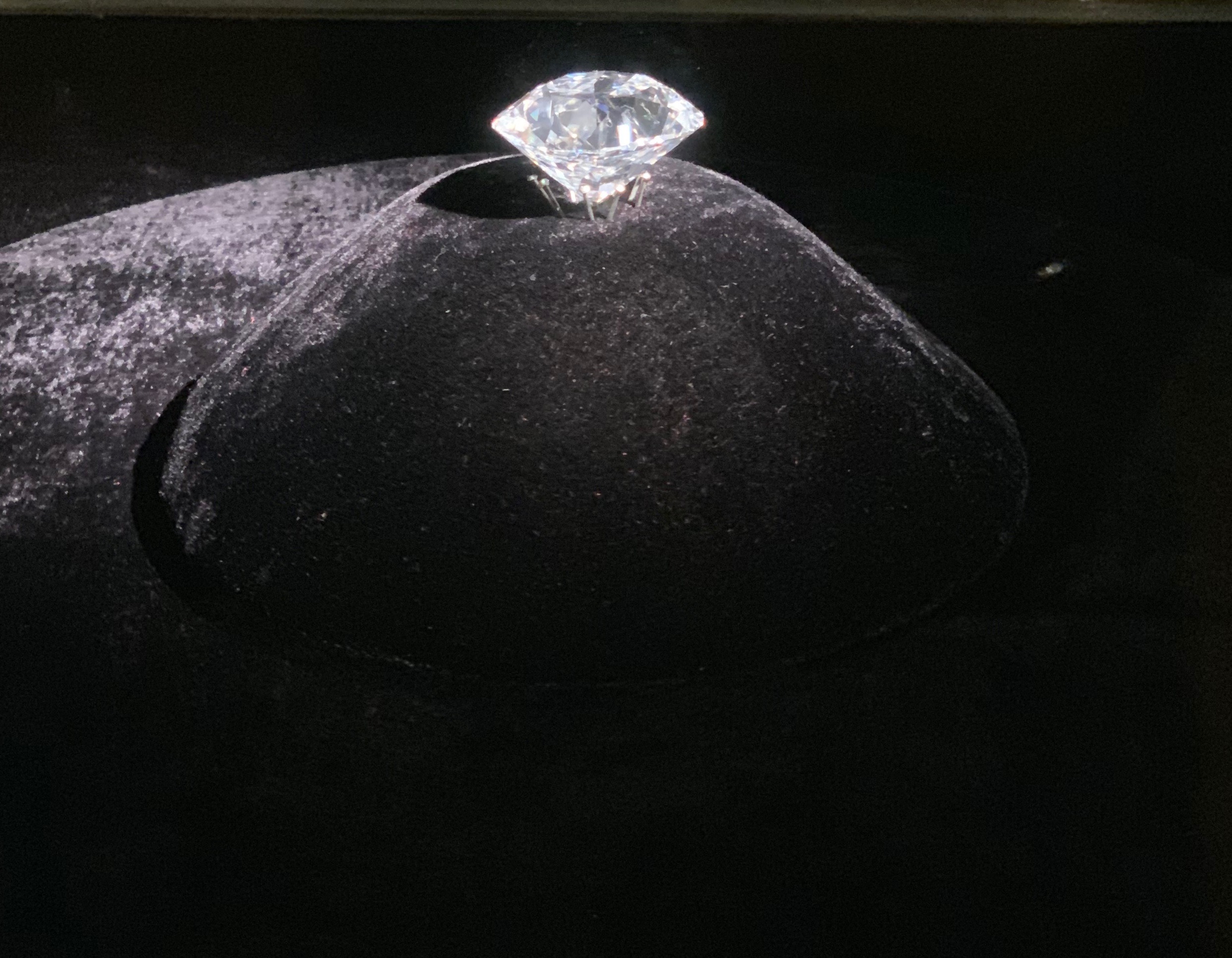 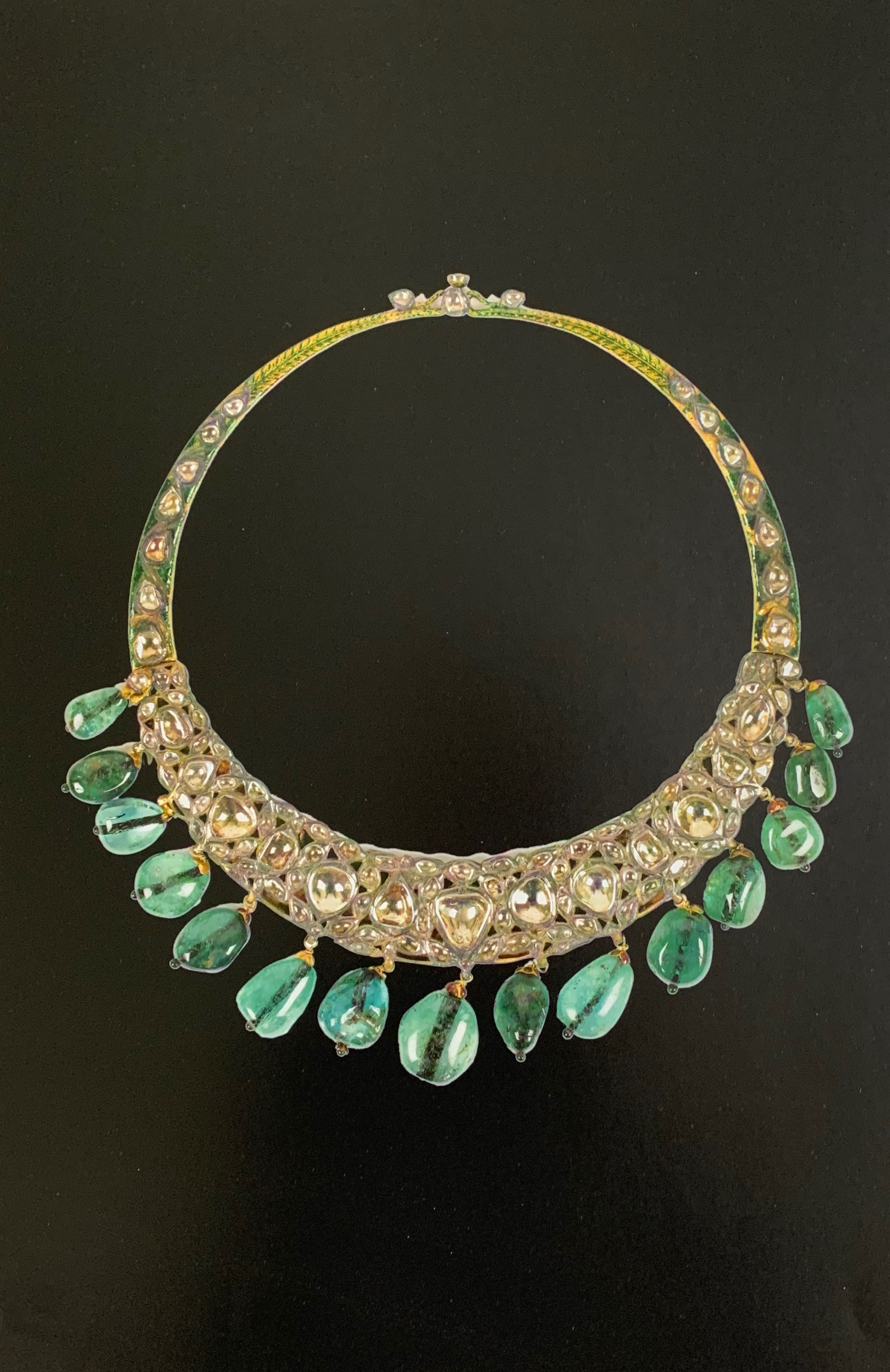 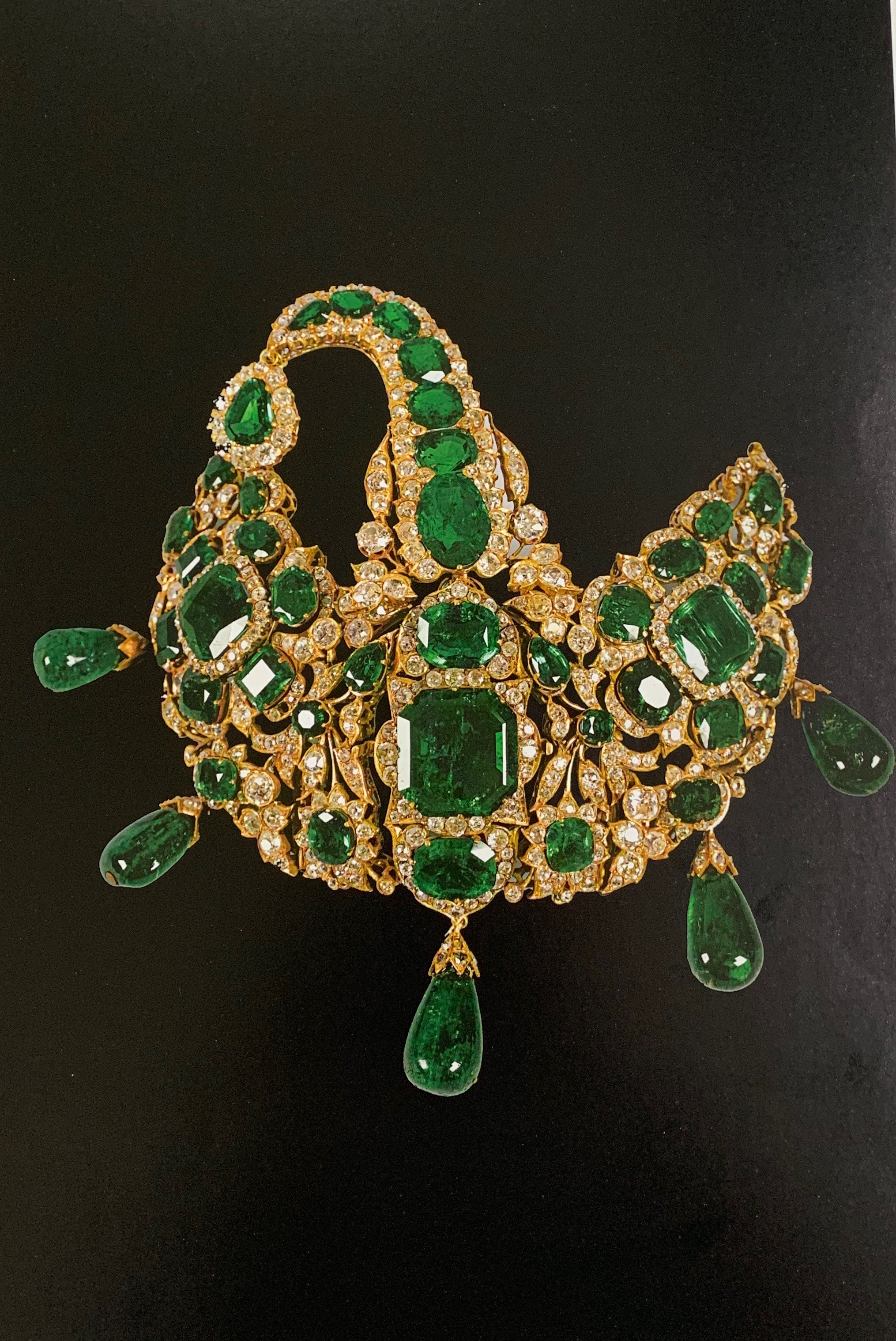 Popularly dubbed as the Jacob diamond, the 'Imperial' 'Great White' or the 'Victoria' diamond was discovered in the Kimberly mines of South Africa in the late 19th century. Originally weighing roughly 457.5 carats, it was cut and polished to achieve the now 7th largest diamond of the world and weighs approximately 184.50 carats.

The diamond has an interesting history. Alexander Malcolm Jacob, the jeweller after whom the stone is named sold it to the sixth Nizam, Mehboob Ali Pasha, a deal which ended in a criminal lawsuit. Such was the conflict that the Nizam is said to have developed a distaste for the diamond and tossed it in a drawer, wrapped in an old rag. Nizam Osman Ali Khan found it stashed in an old slipper and is said to have used the diamond as a paperweight after getting it affixed on a gold base.

A perfect combination of colour, cut and clarity, this diamond is one of the most priceless treasures of the Nizams' jewellery collection.

A turban ornament with a table-cut emerald in the centre surrounded by uncut diamonds, this sarpech is set in gold and is decorated with square, rectangle, round and oval emeralds matched for their colour, lustre and purity along with emerald drops.

The jewels are set in open-back mounts which is a combination of Indian and European design sensibilities. The Columbian emeralds are representative of the Nizam's fascination for the gem which makes up for a large part of the jewellery collection.

This sarpech is a marker of the splendour and extravagant lifestyle of Asaf Jah.

This gold necklace encasing diamonds and decorated with emerald drops is in the shape of a circular collar. It is an evolved form of the hansli that is typically worn in North and Northwestern region of India.

The necklace is set with gems in an open latticed design on one side and is enamelled with red, green and white floral patterns on the other side. This technique of enamelling or meenakari is typical to Indian jewellery and consists of various styles owing to the different regions where it is practiced such as Jaipur.

The necklace consists of 13 large uncut diamonds set in gold in the kundan style, surrounded by smaller gems. The rear of the necklace and the clasp is also set with diamonds, rendered in meenakari.

The Baglus Almas is a belt buckle made of gold and inlaid with large and small diamonds in a floral pattern. The diamonds are set in the kundan style. The buckle consists of three pieces joint together which can be adjusted to fit the waist. The reverse of the buckle is covered with sheet gold carved with floral motifs, representative of Deccan workmanship.

Since the Nizams had adopted a European lifestyle post the demise of the Mughal empire and often wore western-influenced clothes such as high-collared coats, they were presented with few opportunities to display their oppulent jewels. Hence, they wore adornments like belts or elaborate headgears, making these an indispensable part of the Nizams' jewellery collection.

This unique necklace comprises three rows of pearls alternating with sizeable diamonds strung together with a taveez-shaped diamond in the centre. The 57 diamonds together weigh almost 220 carats. The necklace is a testament to the skill of the jewellers who managed to drill the diamonds side-to-side with enough precision to preserve the shape of the gems, giving them a 'floating in the air' feel.

Such threaded diamonds with pearls were often draped around turbans. The faceted diamonds were generally known as amulet-shaped as they were similar in shape to the amulets worn to ward against evil.

This set of anklets or tora in a snake-like design is made of gold and is inlaid with precious gems such as Golconda diamonds, Burmese rubies and Columbian emeralds. The tora was designed to be worn tightly around the ankle, often accompanied by other anklets or payals. The gems of this pair of anklets are set in an alternating pattern with rows of stones decorating the anklets on all sides and the reverse carries a series of floral designs in gold. A row of dimonds are used to border the pair on top and bottom. The anklets are made up of multiple pieces joined together to enhance the flexibility of the ornaments for the ease of wearing.