Advertisement
Home / Culture / Food / A bark for democracy, anyone?

A bark for democracy, anyone?

The ban on dog meat in Nagaland is an assault on pluralism; it is actually about curbing choice and arming governments with powers they could widely, and happily, abuse 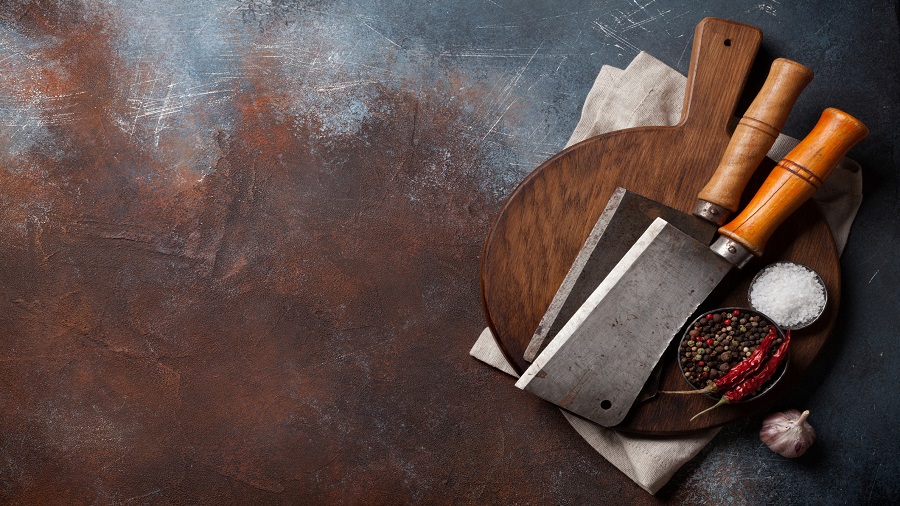 The othering of those who consume dog meat is not merely strange to me, it’s arbitrary too. After all, human beings across cultures consume all kinds of meat — from pig, cow, goat, chicken, duck and fish to rabbit, quail, emu, porcupine, rat, camel, bear, boar, deer, turtle and so on.
A representative iStock image
Swati Sengupta   |   Published 12.07.20, 12:46 AM

A stranger arrives one day — like an intruder into the comfortable world of the middle-class bhadrolok — and turns definitions of civilisation and barbarism on their heads. Manomohan Mitra introduces himself at his niece Anila’s dining table as swalpahari (small-eater) and shorbobhuk (one who eats everything). During a gripping argument, several scenes later in Satyajit Ray’s film Agantuk (The Stranger), when asked if he approves of cannibalism, Mitra clarifies. “I haven’t had the privilege of eating human meat, though I have heard that it is very tasty,” he says, sending shockwaves through the drawing room, where a few minutes earlier Anila had sung Rabindrasangeet, and where tea had been served in bone china cups along with biscuits. Mitra continues, “After all, I am not savage myself, and long before I left home, I had imbibed Shakespeare, Bankim, Michael, Marx, Freud, Rabindranath…”

Ray’s final film comes to my mind every time there are attempts by individuals, groups or the State to judge, sanction, approve of or reject food eaten in certain cultures.

On July 3, the Government of Nagaland announced a ban on the sale of dog meat in the state. “The state government has decided to ban commercial import and trading of dogs and dog markets, and also the sale of dog meat, both cooked and uncooked,” Nagaland chief secretary Temjen Toy wrote on Twitter. The formal ban followed widely shared pictures of dogs in a Dimapur market and BJP leader and animal rights activist Maneka Gandhi calling for police action to stop the smuggling of dogs.

The othering of those who consume dog meat is not merely strange to me, it’s arbitrary too. After all, human beings across cultures consume all kinds of meat — from pig, cow, goat, chicken, duck and fish to rabbit, quail, emu, porcupine, rat, camel, bear, boar, deer, turtle and so on.

So why are we talking only about the eating and banning of dog meat, and in what context?

To me, the demand for ban on dog meat coming from fellow meat-eaters is even more disconcerting than if it were a sentimental war cry from vegetarians and vegans.

A compassionate urge to ban dog meat (perhaps to be followed by a total ban on cow meat too, eventually) when goat meat and pig meat are acceptable, is as irrational as it is unacceptable; it speaks of more than merely moral high-handedness, it reeks of fundamental infringements of choice. Hand the government rights to decide what you eat and cannot, and it will most likely prove the thin end of a broad wedge.

Is the twisting of chicken necks leading to squeals in meat markets fine? Fish gills, scales and intestines strewn around, chicken intestines dumped with cats scraping and pawing the entrails, or bleeding goat heads kept on display in butcheries, fine as well? If not, what’s all the fuss over cruelty to dogs?

The question should arise insistently in a country where cow vigilantes have assaulted and lynched scores of Muslims over recent years for allegedly selling and storing beef, with direct and indirect support and sanction — often instigation — of the powers. This, despite the fact that India is one of the biggest exporters of beef and a majority of people associated with the trade are non-Muslims.

The assumption that a large number of Indians are vegetarian is a myth. (In excess of 70 per cent of Indians are non-vegetarians, according to a 2014 survey finding released by the Registrar-General of India.)

The recently spurred indignation and hostility towards dog-meat eaters appears to be a warning that food choices are likely to be even more aggressively attacked in the days to come. In fact, it is symptomatic of a larger tendency to curb the fundamental rights and choices of individuals. This won’t end here. It will move on to diktats on other choices that can or cannot be made. This could be a trigger and a signal to greater authoritarianism, greater scrutiny and greater infringements in the conduct of our lives and the choices we democratically make in pluralist society.

All of it is driven by this mission to “civilise” and “cleanse”. This longing for uniformity is a dangerous concept, justifying as it does disrespect for and non-acceptance of diverse cultures.

It is not sympathy and love that prompts the disgust for consumption of dog meat. If cruelty is the issue, let us not forget that thousands of pet dogs are abandoned every day. Last year, a litter of puppies was bludgeoned to death within the premises of a state-run hospital in Calcutta. Dogs (and cats) are the most commonly kept pets and are considered by humans as relatively more sensitive, friendly, loyal and intelligent than other animals that are killed and consumed. But that cannot be the only reason for demanding the ban on dog meat.

For a majority in India, Nagaland and the rest of the Northeast have always been othered and their diverse culture viewed variously as alien or impossible to interpret. During the Nandigram land movement in 2009, locals in West Bengal’s East Midnapore district protested that members of the central police force’s Naga battalion were eating stray dogs. It is an example of lack of understanding of another culture being used by a certain group to instigate local protestors against security personnel assigned on duty.

India has nearly 195 million undernourished people and shares a quarter of the global hunger burden, with nearly 47 million or four out of 10 children in the country not meeting their full human potential due to chronic under-nutrition or stunting, according to the United Nations. Given this scenario, the government’s primary concern should be to put nutritious meals on the plates of people, because it is in their absence that the poor often resort to consuming rats, snails, odd birds and insects for survival. There is also the right of the poor to the meat of their old livestock if the government is unable to provide them with alternatives.

What is delicacy and choice for some can be a matter of compulsion and survival for others. I have seen the Chinese enjoying fried chicken feet and claws. The crunchy, juicy claws or boiled, fatty pieces of claws in their soups are also popular across Hong Kong, Indonesia, Malaysia, Korea, Russia, Ukraine. However, in many Indian cities, the poorest of the poor eat chicken claws — bought cheap at a couple of rupees a piece — because they cannot afford the meat.

In Aizawl, I have seen ministers of the state cabinet cooking community meals while heartily popping into their mouths parts of chopped pig head sauteed with ginger, onion, garlic paste and fat. But you are likely to find many die-hard pork eaters who would be averse to the idea of eating pig head. In many parts of the country, especially in northeast India, pork is as popular as beef, eaten during special occasions, especially Christmas. I was lucky to have enjoyed such a platter served at a community church meal.

When it comes to the war cry of banning the consumption of dog meat in the name of cruelty, it is actually majoritarian political philosophy shunning the heterodox. Why so? Because going against what is accepted in the mainstream is perceived as a threat to the homogeneity essential to a monotheistic dictatorial ethos.

What then should inform our choices on consuming meats, what should be our concerns when it comes to determining what meats to consume and how? Our concern should be to protect endangered animals, to provide clear-cut rules on legal slaughterhouses, to ensure hygienic processing and transportation of meat and its products. The rest, frankly, should remain individual choice in a pluralist democracy.