Chanda Dutt is serving up her Khow Suey again

The Telegraph tells you where 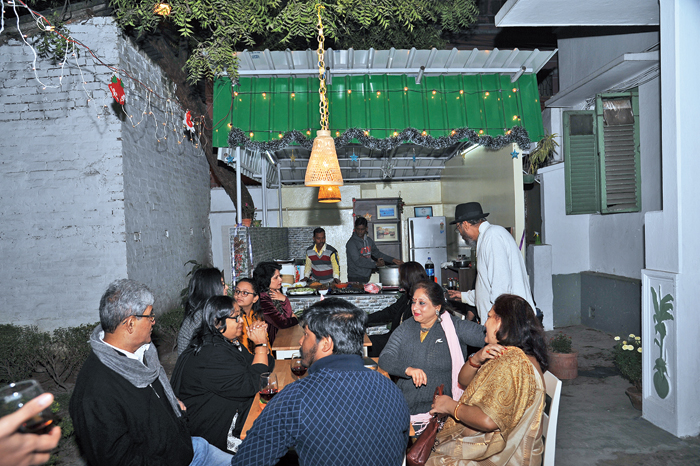 Chanda Dutt is known for her delicious, hot bowl of comfort food — Burmese Khow Suey — all the way from Myanmar, formerly called Burma, a place she grew up in. What started as pop-ups for close friends and family at her Beniapukur home, soon translated into a restaurant in Golpark, four years back. She shut shop in 2018, only to stage a comeback — of course with her much-loved Khow Suey — in a takeaway format at the same address from where it all began. 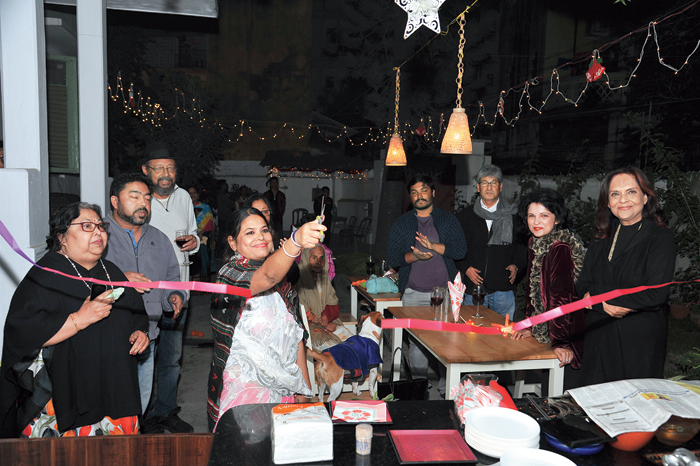 The special guest for the evening was Seema Mondal (the lady cutting the ribbon), Chanda Dutt’s domestic help. “She has inspired me a lot. She works very hard, looks after her children and is getting them educated. The way she slogs from morning till night is amazing! So I thought of doing away with celebrities this time and asked her to be the special guest as a tribute to her,” said Chanda.
Chanchal Ghosh

Born and raised in Burma, Burmese cuisine is in Chanda Dutt’s “blood”. “We lived in Burma for three generations and the everyday food was a mix of Burmese and Bengali. After coming to Calcutta we started missing Burmese food so much that I decided to learn it myself and not bother mummy regularly. Whatever I cooked at home for myself, I would take it to school as I was a schoolteacher. My lunch was shared by my colleagues and they loved it. So when I was about to retire, they suggested that I do something with my passion for Burmese cooking,” said Chanda. 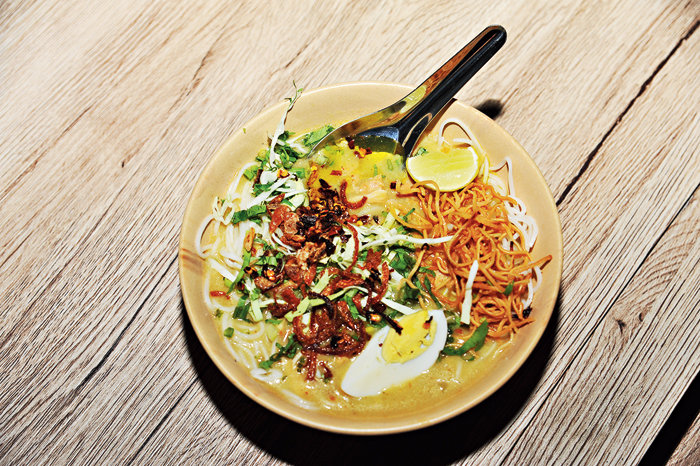 Chanda’s star dish — Khow Suey, which consists of a coconut-based chicken curry served with noodles, egg, fried onions and lemon. A hearty dish which is a meal in itself, can be relished any time of the day.
Chanchal Ghosh

The pop-ups were her “testing ground”. “I knew that there were no other restaurants serving only Burmese cuisine. My pop-ups became a hit. After that I went straight into restaurant business serving only Burmese food. The restaurant had a lot of issues and I wasn’t making much profit out of it. So, I decided to fold it up and do home delivery. As I started doing home delivery, the demand also increased. My loyal customers requested me saying, ‘Chandadi, please open a place where we can enjoy a hot bowl of Khow Suey’. So I kept that in mind and that is how this place came up.” 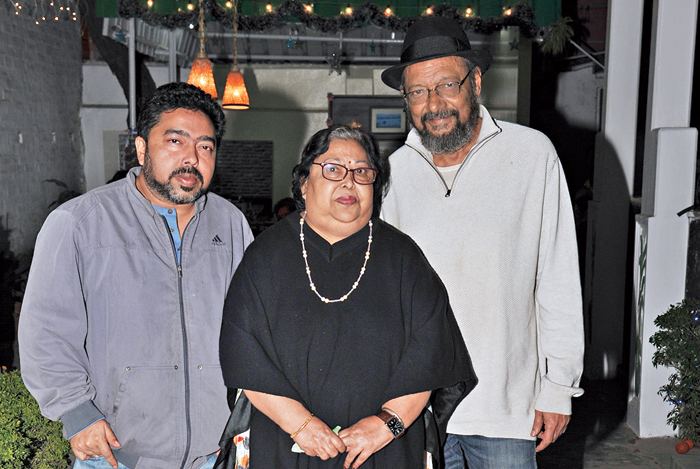 Chanda had husband and songwriter-musician- filmmaker Anjan Dutt and their musician son Neel Dutt by her side. Anjan believes it is “a strange kind of a dish”... something so authentic that it’s rare to find! “The concoction of the broth is difficult and I have seen most people go wrong (with it). They just make a noodle soup, which Khow Suey is not. I feel Chanda’s Khow Suey is close, if not exactly, the authentic Khow Suey recipe from Burma.... I think people like it because it has a completely different feel to it,” he said. Neel picked Red and Gold Pork Curry as his favourite from mom’s menu. “It is quite popular among Calcuttans also. Khow Suey, on the other hand, is definitely a comfort food as it is so creamy and nice. Khow Suey actually refers to ‘noodles’ in Burma and the particular kind of Khow Suey we serve here is Ong No Khaukswey, which means noodles in a coconut and chicken broth,” he said.
Chanchal Ghosh

The Telegraph was one of the invitees to taste the delicacies, an offer we couldn’t resist. Situated in the front porch of the house, the takeaway counter comes with tables for those who may choose to take a break over a piping hot bowl of the speciality dish.

There’s a lot more on the menu like Fried Chickpea Tofu, Chilli Pork and Chilli Chicken.