With Durga Puja round the corner, it’s time for the biggest feast of Bengalis 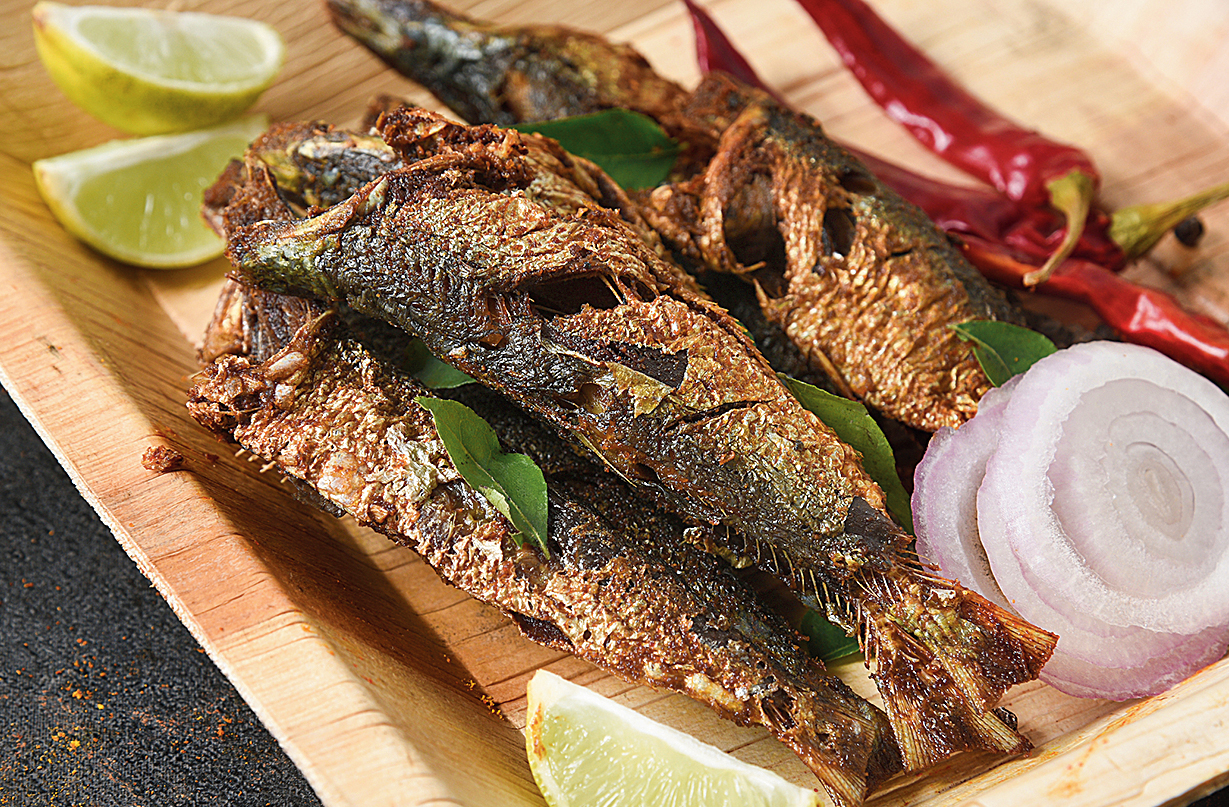 Since time immemorial when man hunted for his food, it has been an irredeemable fact that people have to eat to live. However, this same adage does not hold true for all Bengalis who live to eat! Whether it’s a ritual or a festival or even just a cricket match, every event ends with one common thing — hearty feasts which involve countless intricately prepared dishes. Well, Calcutta has always had a rich culinary heritage and is considered a gourmand’s paradise — home to one of the most evolved cuisines in the East.

The people of Bengal, and especially Calcutta, have always had an unquestionable palate when it comes to recognising the real taste behind any dish. In fact, during the recent food trials of Riyasat in the city, (a recent addition to the portfolio of the Speciality family), there was a couple who shared their critical feedback with me on the kind of ingredients and balance of taste required. Nowhere in the world would anyone try to analyse or dissect a dish in such minute terms. This is one of the characteristics of Bengal where most of the people are very well informed about food. One can hear men furiously discussing the spices going into a maachher jhol or a prawn malai curry, regardless of whether they can personally cook or not. Probably, this is one of those reasons why anyone, whether from a humble or an evolved background, is always well informed about a variety of dishes.

The interesting heritage that most Bengalis have inherited (including myself) is the habit of popping pills for ombol (acidity). It is with great pride that after a heavy meal one can eat another heavy meal by popping some antacids. The important thing being that one should not miss out on great food or any food for that matter. There is absolutely no doubt why the market for digestive medicines in this part of the city is so big!

An everyday morning grocery shopping, termed as bajaar kora, is like a ritual performed by every family in Calcutta. I remember when we used to all gather to dine and if the dishes were really delicious, my father would ask in the most concerning tone, “Aaj ke bajaar ta key korechhe?” (Who has done the grocery shopping today?). I used to wonder what was so unique about going to a market. After all, fish or rice is the same in every shop. Until I actually accompanied him. It’s just a different world altogether!

Calcutta has been known for its cheap yet vibrant historic markets that sell an array of local and colourful products. But what it is most famous for is its local markets. We have the New Market, previously known as the Hogg Market, founded by Sir Stuart Hogg in 1874. It has almost 2,000 stores and sells one of the best produces of local cheese and bakeries. Not to forget the meat, vegetables and pork market. The Terreti Market in Calcutta’s Chinatown is a legacy by itself, housing the Chinese-Indian population of the city and is famous for its Chinese street food. The celebrated market located in Gariahat, famously known as Gariahat Bazar, is considered the mecca of Calcutta markets which houses everything from a hairpin to hardware and from fruits to the best of fresh seafood, meat and vegetables and much more. In fact, one could witness the kind of bargaining being done right in the morning which would give any stock market a run for its money!

And to put the icing on the cake, we also have the ‘father of all markets’— the Burra Bazar. Hailed not only as one of India’s largest wholesale markets but also the busiest. This is a place where even Christopher Columbus can get lost if he doesn’t have a map! There are so many nooks and corners. It houses everything from jewellery to freshly ground spices, a dedicated fruits and vegetable market and a huge section for seafood and poultry. There’s a saying that if you are in Calcutta and you have not visited the Burra Bazar, you have not witnessed the pulse of the city.

Being the ‘chief tasting officer’ (CTO) and a chef at heart, I have always believed that any chef is as good as the ingredients he uses. Internationally, especially in parts of Europe, chefs are considered to be ‘can chefs’ as they rely on using ingredients which are canned. In fact, I have to frequently travel to different parts of the world to source the best of ingredients for my restaurants. And believe me when I say that there is no better place than Calcutta to source the best of produce, be it for vegetables, fruits or various breeds of fish, poultry, beef or pork, including kancha lonka (green chillies), which I think is one of the best. It is as fiery as it should be. Probably, that is one of the reasons why Indian chefs so frequently travel to this part of the city and are considered to be ‘can do’ chefs!

Another interesting fact of the food trends of Calcutta is that it changes with its seasons. During the summers when the sun is shining high and hot, the city prefers to switch to fresh vegetables and take a minimalistic approach to cooking. I remember when I was a child, during the summers my mother would cook Aam Tok Dal (mango dal) or a Shuktoni or famously known as Shukto (a Bengali-style mixed vegetable cooked in the most unique spices with creamy milky gravy) or a Shojne Shaak Chorchori (a medley of stir-fried vegetables, like drumsticks, eggplants, red pumpkin and potatoes with a dash of mustard base), which is known for its anti-inflammatory/ oxidant properties. And definitely a Rui Maacher ‘patla’ Jhol (Summer fish stew) served with steamed rice, because we Bongs’ cannot see a world without fish! With the rains, the city once more finds an excuse to begin feasting again on some of the most sought-after delicacies. But first you have to begin with a cup of gorom khurir cha (a cup of hot tea served in earthen pots). This would be followed by an Egg Chicken Roll which is a must for the quintessential Bengali. At home this was the only time when we would get to taste the queen of fish — the ilish (hilsa) accompanied with rice. Ah… the taste of which can give the French caviar stiff competition! But the most comfort food that every Bengali would definitely relish in the monsoons is the traditional flavour of moong dal khichuri with begun bhaja (khichdi served with fried brinjal fritters).

The city may not really get cold but winters in Calcutta are something akin to a warm familial embrace — comforting and endearing. A ride to the Sun Yat Sen Street in central Calcutta for breakfast for a fish ball soup or a plate of crisp wontons and sweet pork— stuffed bao or the best of home-made pork sausages, is not something to be missed. As the temperature dips further, Calcuttans make it a point to visit the Nakhoda Mosque area during the night to taste some of the best beef shanks and nihari. This is also one of those times when every Bengali gets ‘sweetly infectious’, with sweet shops around town dishing out nolen gurer mishti.

The city’s myriad delectable treats will make any foodie never want to leave. From the fanciest of restaurants to the city’s roadside delicacies, the taste of Calcutta food can never be forgotten. But the greatest and most well-kept secret ingredient in Calcutta’s food culture is humility that is needed to dedicate oneself to its craft. And given the city’s amazing culinary landscape, there is humility in every morsel of food here.

Anjan Chatterjee is the chief of Speciality Restaurants, which owns Mainland China, Oh! Calcutta, Cafe Mezzuna, Hoppipola, Asia Kitchen, Riyasat and more. And yes, he is a foodie!