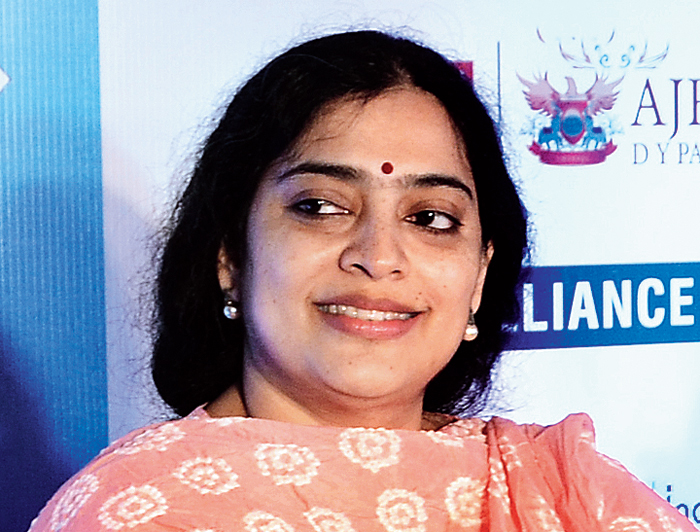 Amitav Ghosh: Shadow Lines to Gun Island, Calcutta has always been at the heart of Ghosh’s novels, and equally, the city has always had the author in its heart. The Gem of Jodhpur Park speaks on the opening day at 6pm and on Saturday morning. Lit Meet Aside: Ghosh is a committed tennis fan who is seen whipping a fierce forehand on the Tollygunge Club courts when he is in town.

Bibek Debroy: A long-held dream of the festival has been to invite the eminent economist and The Mahabharata man. He will be seen in both avatars at Kalam 2020.

Cleeves: Ann Cleeves promises to decode Vera Stanhope and her Shetland series at the festival. What comes first: the murder or the plot? That’s one mystery we hope Ann will solve!

Dylan: The great man did not turn up to collect his Nobel Prize but we live in hope about him coming to our Meet. In the interim, do watch the documentary If Not For You by two Calcutta boys! Lit Meet Aside: Dylan might have been in the city for two hours in 1990. For more on this come to the session!

Epilogue: Abhijit Banerjee, another Calcutta boy, will bring the festival to a close with his first public talk in the city after winning the Nobel Prize. Tata Steel Kalam is delighted at the opportunity to host their third Nobel laureate in three years.

Feluda: Sabyasachi Chakrabarty, the man who has brought alive the detective for a whole generation, will speak to museum director Jayanta Sengupta about the thrill of being Prodosh Mitter.

Githa Hariharan: A writer who melds the concerns of the times with the power of fiction. Every time. It is an honour to host her for the first time at the festival.

Hariprasad Chaurasia: The legendary flautist will release his memoirs in what is the most melodious festival we have had so far! Lit Meet Aside: The music legend had wanted to grow up to be a wrestler.

Indian epics and myths: Dr Debroy will speak to Bengal’s acclaimed expert on ancient texts, Nrisinha Prasad Bhaduri on the rights and wrongs of neeti while Devdutt Pattanaik will speak and release his first book in translation.

Joanne Harris: The author who has synaesthesia, endows new tastes to old flavours and above all, can tell a story well. For the first time in India to meet her readers! Lit Meet Aside: Synaesthesia is when a person can smell colours, and yes, Harris can smell the rainbow!

Kunal Basu: The chronicler of Kolkata will be back with his new novel Sarojini’s Mother as well as Endgame, the translation of his Bengali novel. On the opening day.

Lear: Shakespeare’s tragic king will make two appearances, one in a play featuring the peerless Vinay Pathak and another in a session featuring Preti Taneja’s award-winning modern telling of King Lear.

Manga: Comics men Paul Gravett and Daniel Raeburn will come together with Pinaki De to do a session on Japanese comics and their hold over the imagination of teenagers. The future of comics is another session to look out for, for comics fans.

Nemat Sadat: The Afghan writer presents The Carpet Weaver, a tender coming-of-age, coming-out-of-the-closet novel on loving, living and leaving Kabul. Not to be missed.

Olympic Dreams: Two sportstars who carry the dreams of a billion to Tokyo for the summer games and the Paralympics. Pulella Gopichand will speak about his badminton stars while Devendra Jhajaria talks about making the 2020 Paralympics a golden one for India. Lit Meet Aside: Gopichand was made to join badminton coaching because cricket coaching did not have vacancies!

Pottermania: J.K. Rowling famously avoids festivals and public gatherings. Her boy wizard rather magically has found his way into the festival, through Keshava Guha’s debut novel on Potterheads.
Lit Meet Aside: The 20-something author loves his cricket and prefers Tests to T20s.

Quota, Caste and Stigma: An honest examination of India’s history of caste politics and its influence on a new generation of Indians will be discussed by author Yashica Dutt in her searing Coming Out As Dalit.

Ruskin Bond: The author for all seasons. As soon as speakers’ list are out, he is the man everyone looks out for! Calcutta clearly cannot get enough of him. Lit Meet Aside: Amitav Ghosh and Ruskin Bond will be meeting for the first time ever, and it’s going to happen this week at Kalam 2020!

Shubha Mudgal: The diminutive legend with the powerful voice will be presenting her book debut at the festival.

TM Krishna: The man, the author, the thinker and the vocalist. For only the second time in concert in Calcutta, and with a new book to showcase. Thursday evening’s highlight to bring the day to a close. Not to be missed!

Udayan Mukherjee: From morning markets to musings in the mountains, Udayan Mukherjee has done it all. He will debut at the festival with his freshly minted detective Neville Wadia.

X Factor: The hidden figures of Indian science, the women who don’t let gender stereotypes define their political careers, women who are looking at a new decade and women just being women. The X Chromosome emerges in various sessions right through the festival.

Zyada Savdhaan: Ayushmann Khurrana has been anything but cautious or predictable in his choice of roles. He will be seen at the festival speaking about Shubh Mangal Zyada Saavdhan as well as his incredible range of roles in 2019, from Article 15 to Bala. Hair-raising to hairless, Khurrana’s filmography proves he is the sabse zyaada exciting actor of the last year!

Tata Steel Kolkata Literary Meet in association with Victoria Memorial Hall and The Telegraph begins today and is on till January 26. There will be an ‘Epilogue’ featuring Nobel laureate Abhijit Banerjee on January 27 evening. For festival updates and schedule do visit @kolkatalitmeet.in