Chaiwala and the microphone 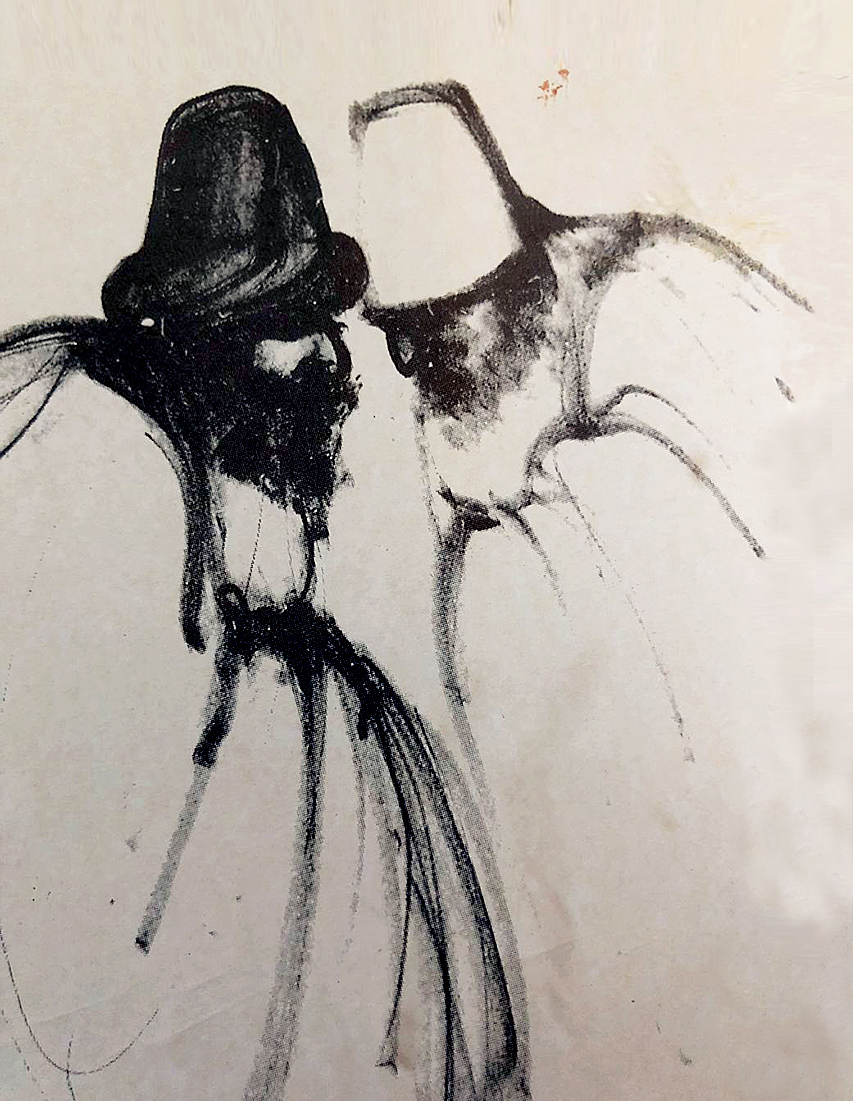 We assumed AchchheDin impended. But what we got were KachchheDin; and then we had holes bored into them kachchhe; multiple holes until we did not know we were wearing kachchhe with holes or holes with bits of kachchhe around them. So it may not be such a good idea all the time to assume. Doesn’t even work with such a simple thing as idlis all the time. I mean you may assume they’ll come piping and plump and soft. And then they turn out cold and plump and a real lump. Hard.

Like you might assume I am blabbering nonsense here. Am I? Think. Like you might assume men quietly whispering wisdoms to each other matter. Leh! Do you? Really? From one mouth into another ear? A wisdom transmitted, even a thing of eternal wisdom, although there may be no such thing, from one wise man to another and you’d think it matters? Beyond speaker and listener? No. No. No. No. Bhool. It is screamers who matter, not whisperers. Wisdom gaya bhaanr mein. Let’s just say in one of them bhaanrs I served tea in. You know where they ended up — in the bin or in the streets, reduced to crumbled bits underfoot, or licked by dogs and rats and such. That’s the truth.

Don’t be fanciful. That is how most things end. Licked. Or crushed. But if you scream, you may not get licked or crushed. Lickers and crushers may be wary of screaming things. A whisper they will unmindfully smother; a scream they might actually stand in thrall of.

Oh! A scream! Let’s listen. What’s the scream screaming about?

But actually it matters least what the scream is screaming about; it’s the scream itself. Try some day. Scream. Say your prayers to Munch, feel inspired, and scream. See what happens. Scream on Teetar. Scream on ChaseBook. Scream on Vinstagram. Phalana-dhikaana. Aal-faal. Ool-jalool. Hyana-tyana. Eer-Beer-Teer-Phattey. Mitron-Kachchhon-Chithhron! (Which may translate in Shakespearean as Friends-Underpants-Tatters!) Not mere balderdash but dashing all the balder there is to dash.

There have been famous screamers. And they had listeners. Even greater numbers of listeners than their screams could reach. So they screamed harder. And harder. And the tides and turnouts of their listeners mounted and became greater and greater. And so they screamed harder and harder. And so on and so forth until the Prince married the Princess and they became King and Queen and they lived unhappily ever after, or some such thing. Real life copy of the Great Dictator played by Charlie Chaplin in the movie, The Great Dictator. I am only Mahadeb. And I just got hold of the microphone. It’s only been a few weeks. Bear with me.

Bear with me. I am still here. Weeks and weeks and counting. This has become a habit. But you’ll have to pardon me. I am prone to habit. To what inhabits.

I am a mere chaiwala. I am not inoculated against general malaise. Especially a malaise so prevalent. I am a person of folly. I have my foibles. Even if you shouldn’t believe so. What does it matter what you believe? Things are what they are.

There is this habit, you know, a well-known and often-derided, and rightly derided, habit: once you get hold of the stage, or only the microphone, you don’t let go. You hold it, you cling to it like it were a gifted part of your anatomy, and you go on and on and on until the microphone has withered from the assault of your words or your embrace of it. I was assumed gone. Worse, I was assumed dead. By you, by many others like you. Not your fault. What is one to assume of an entity vanished without trace? Without a forwarding address? Without any word on whys or wherefores? What is one to assume of such entities but the worst? But it’s never good or reliable enough, what we assume, or is it?