The JCB Prize 2018 shortlist: celebrating Indian writing at its best

The shortlist features Jasmine Days, Poonachi or The Story Of A Black Goat, All The Lives We Never Lived, Half The Night Is Gone and Latitudes of Longing 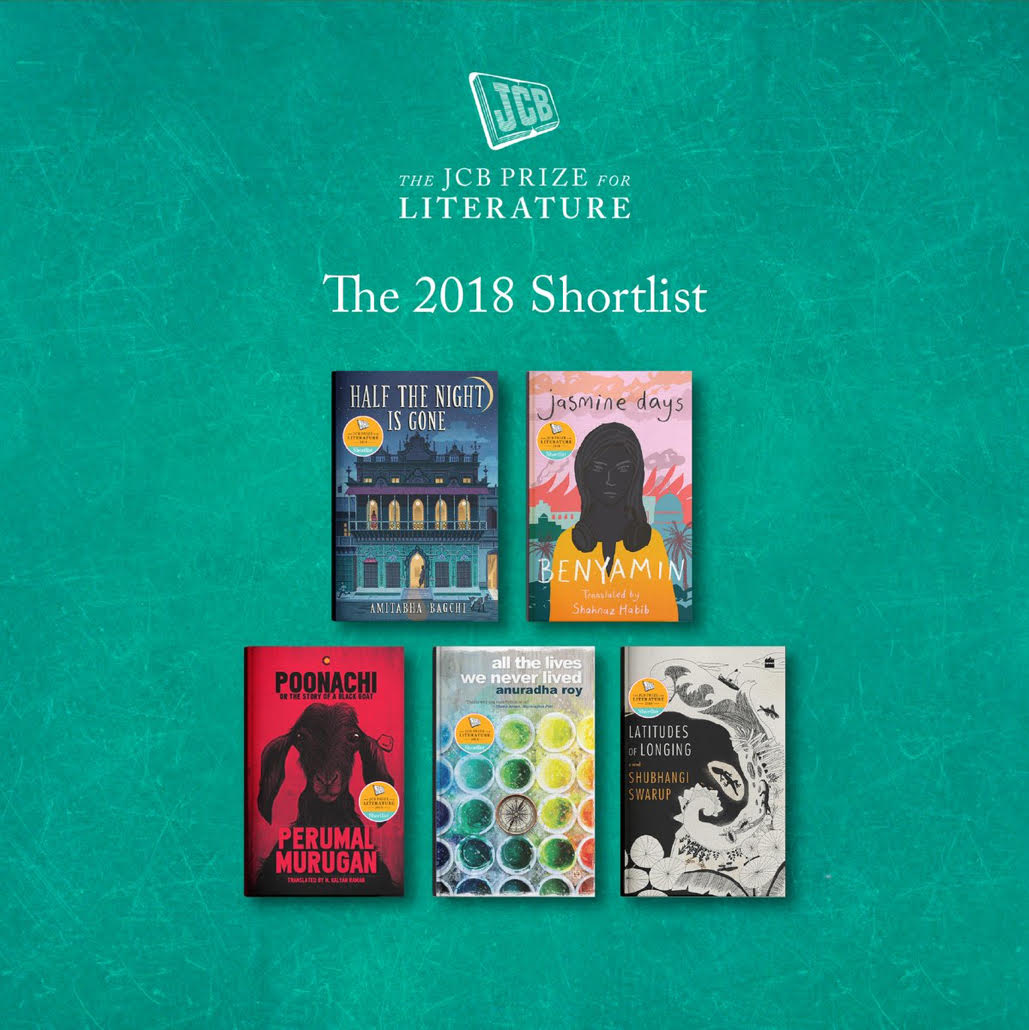 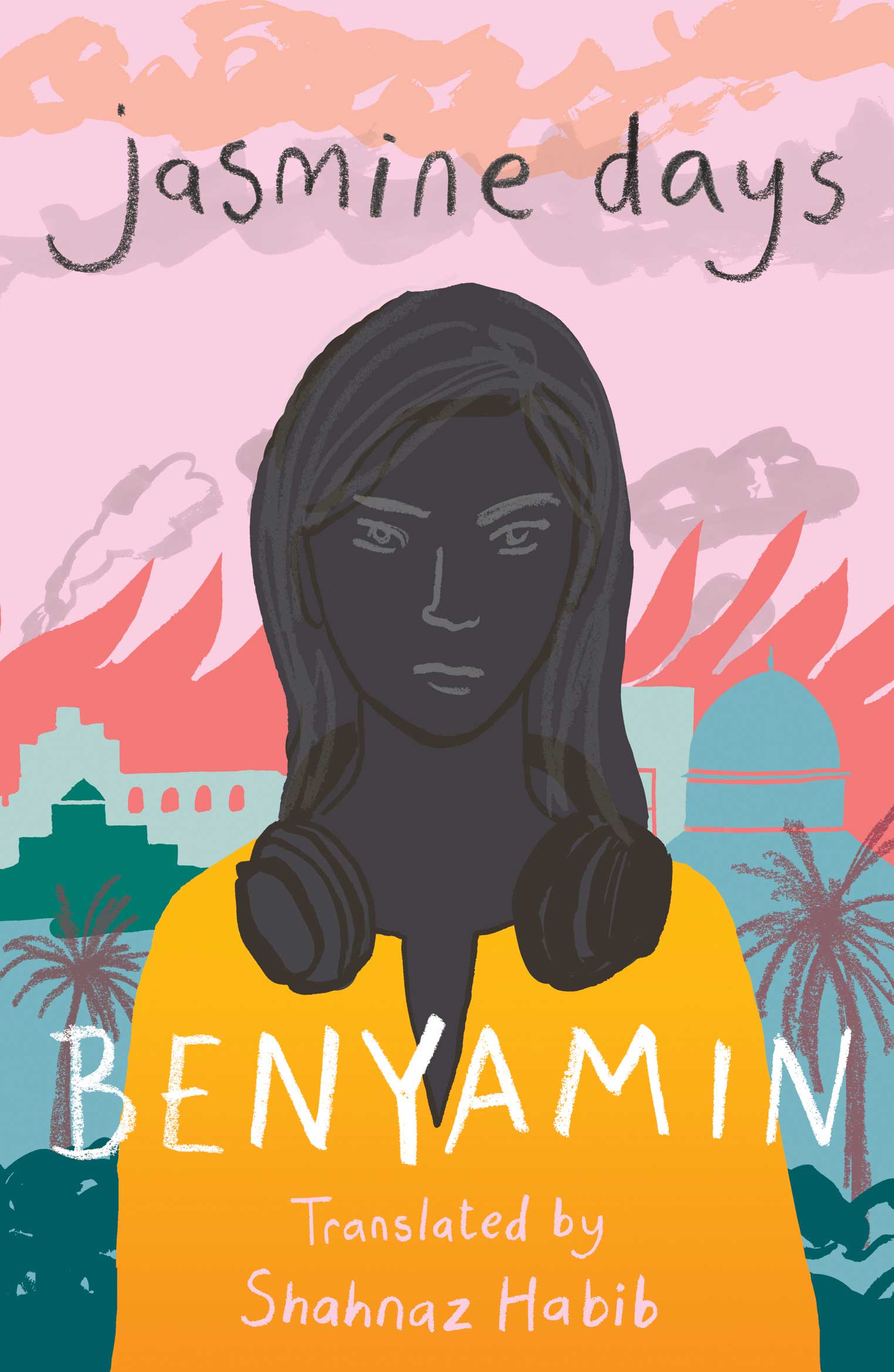 Perumal Murugan lives in Namakkal, Tamil Nadu, and began writing at a very young age. He is the author of six novels, four collections of short stories and four anthologies of poetry in Tamil. Three of his novels have been translated into English: Seasons of the Palm, which was shortlisted for the Kiriyama Prize in 2005, Current Show and One Part Woman. Deeply poignant, Poonachi (Westland Books) is a book about animals that tackles existence under bondage with aplomb. It was originally written in Tamil and was translated by N Kalyan Raman, winner of a Pudumaipithan Award for his contribution to Tamil literature.

While shortlisting Poonachi, the jury commented: 'Funny and warm, Poonachi is a book that forces us gently to look at ourselves and our contribution to an unequal world. Perumal Murugan is a master storyteller who reflects profoundly on our transactional society and its inequities and struggles. Through the character of the lonely goat, he has written a powerful modern fable.' 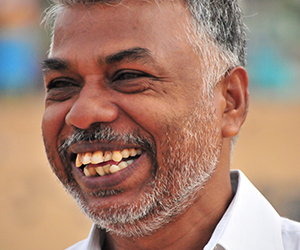 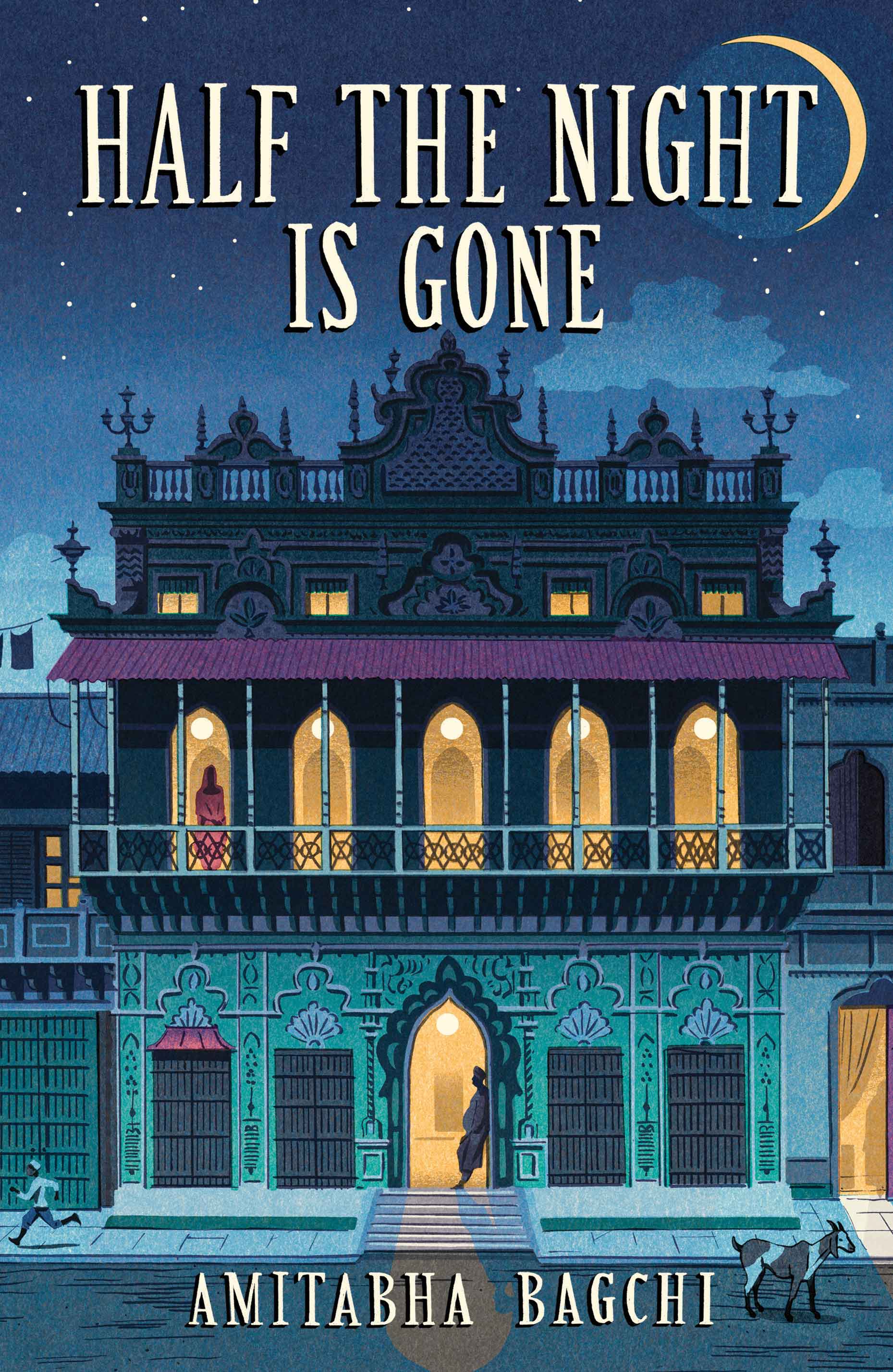 Half the Night is Gone by Amitabha Bagchi
Photo: The JCB Prize for Literature 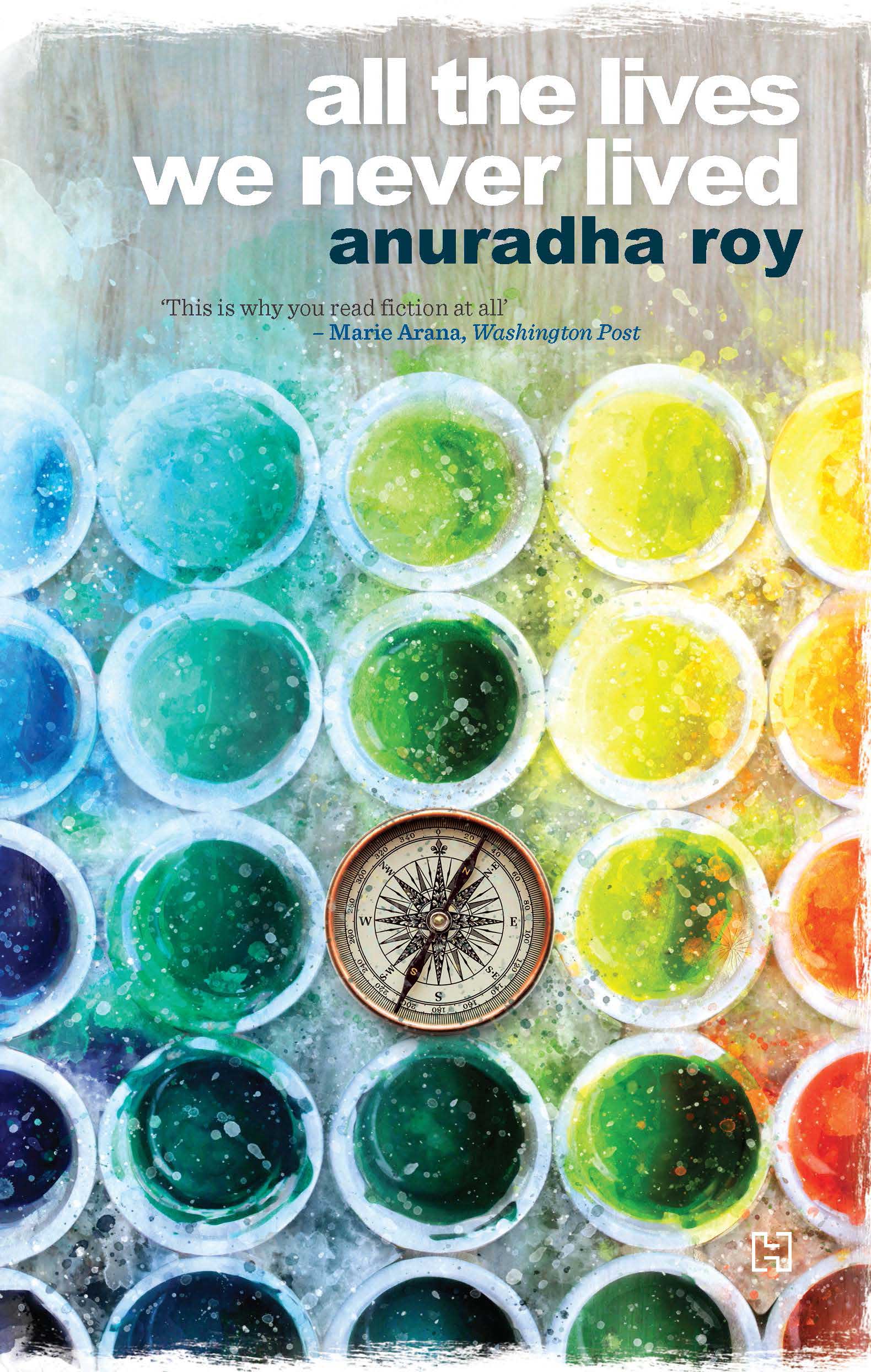 The shortlist for the inaugural edition of the JCB Prize for Literature, which aims to create greater visibility for contemporary Indian writing, was announced today. The top five entries that will be competing for the Rs 25-lakh prize money, which will be announced on October 24, include a range of writers from a first-time author to a former Booker Prize nominee.

Each of the writers in the shortlist will be awarded Rs 1 lakh. An additional Rs 5 lakhs is awarded to the translator if the winning work is a translation

The JCB Prize for Literature has a particular focus on translation, and hopes to introduce readers to many works of Indian literature written in languages other than their own. In its first edition, the prize is judged by a jury comprising illustrious names from various fields of excellence. These include film director Deepa Mehta, entrepreneur and scholar Rohan Murty, novelist and playwright Vivek Shanbhag, translator and expert in Indian classical languages Arshia Sattar and author Priyamvada Natarajan. 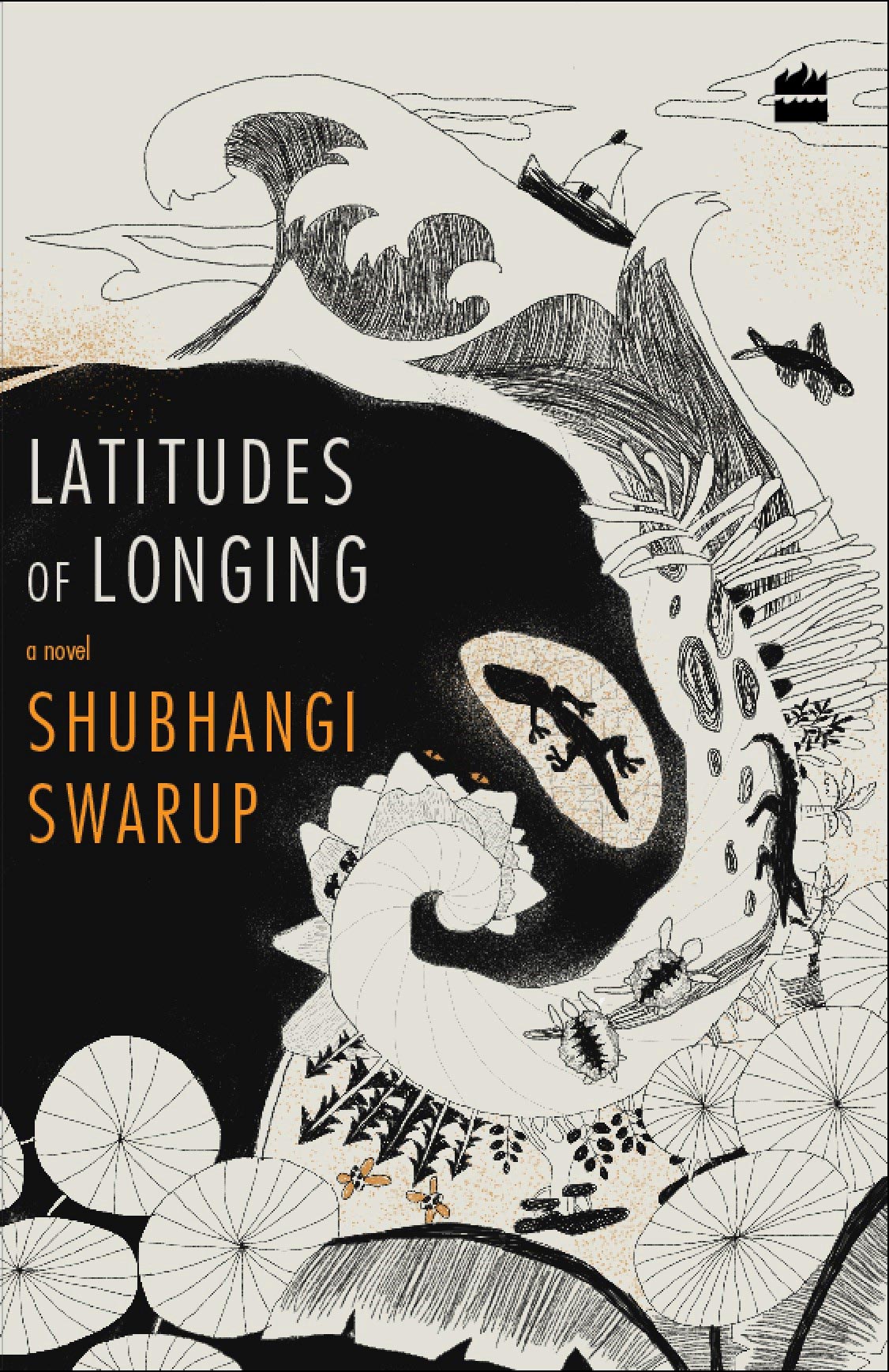 Latitudes of Longing by Shubhangi Swarup
Photo: The JCB Prize for Literature 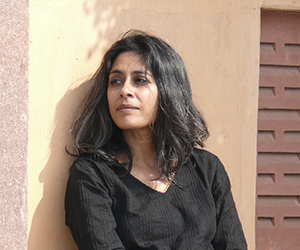 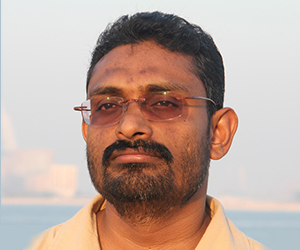 Benyamin
The JCB Prize for Literature 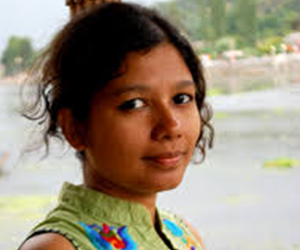 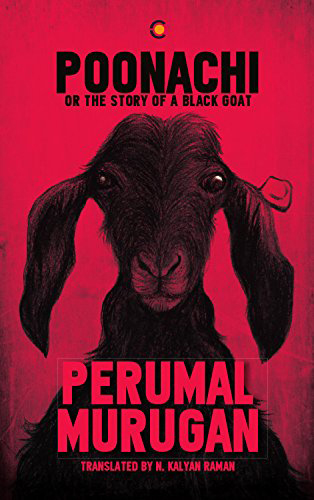 Poonachi or The Story of a Black Goat by Perumal Murugan
Photo: The JCB Prize for Literature 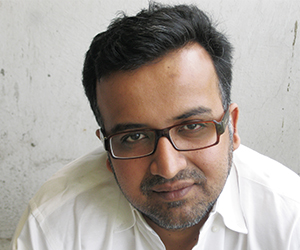 Amitabha Bagchi is a computer science professor by day and author by night. The author of three novels, Bagchi lives in New Delhi. While his first book, Above Average, was a bestseller, his second book, The Householder, was published to critical acclaim and the third, This Place, was shortlisted for the Raymond Crossword Book Award 2014. Half the Night is Gone (Juggernaut Books), his fourth book, explores the legacies that fathers bequeath their sons.

'Amitabha Bagchi's novel explores the inner and outer lives of the men in two families, one rich, one working class. It gently but perceptively explores their vanities and their failures, and the deeply-rooted passions that drive to make the choices that they do. Half the Night is Gone demonstrates a deep understanding of masculinity and will surely be read for decades to come,' said the jury.

Anuradha Roy designs book covers for the publishing house she is a part of and if she didn't write, making books is what she would be doing full time. Her last novel Sleeping on Jupiter won the DSC Prize for South Asian Literature and was longlisted for the Man Booker Prize. All the Lives We Never Lived (Hachette Book Publishing) tells the story of a woman who rebels against tradition and her artistic freedom. It is set in the southeast Asia of the 1930s.

'This beautiful novel, set in the southeast Asia of the 1930s, evokes beautiful imagery of places and landscapes. It does its work quietly and with great subtlety, but it is a novel of big ideas,' the jury commented while shortlisting her book.

Shubhangi Swarup is a journalist, filmmaker, novelist and an educationist based in Mumbai. A geological fault line at the heart of her debut novel, Latitudes of Longing (HarperCollins India), mirrors the journeys of its characters. It is a brilliantly-conceptualised book that blends the natural with the supernatural, and the human with the otherworldly.

'Lyrical, original and heartbreaking, Latitudes of Longing is a vast novel. In order to write in such detail about so many locations, the author obviously had to do a great amount of research, and yet it has the ring of total authenticity. A wonderful book which, with landscape, earth and sea as principal characters, seemed to invent a genre all of its own: ecological fiction,' said the jury regarding the book.

Benyamin is the author of over 20 books. Aadujeevitham or Goat Days is his most successful novel which won him the Kerala Sahitya Akademi Award. Jasmine Days (Juggernaut Books) is a story of a young radio jockey, Sameera Parvin, from Pakistan who immigrates to an unnamed city in the Middle East where she witnesses the Arab Spring of 2011. The novel was originally written in Malayalam in 2014 and translated by Shahnaz Habib, who teaches writing at The New School and Bay Path University and consults for the United Nations.

The jury had the following to say about Jasmine Days: 'Through the life of a young protagonist, Jasmine Days describes the lives of foreign workers in a Middle East country on the brink of a revolution. Beautifully written and translated, this compassionate and morally complex novel confronts some of the difficult questions of our times.'