Screen Shots: A shelf of books by Bollywood celebrities 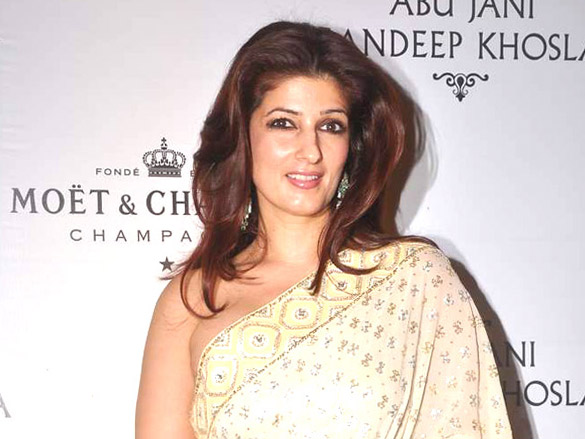 I bought them all out of sheer curiosity, at one go, and it has turned out to be an inspired purchase, not least because they together cost less than a Rs 700. And boy, not only do they write well, they also tell a good story.

Take Twinkle Khanna, for example. Apart from the humorous columns she writes in The Times of India, she has also written two novels. Both are small books of about 225 pages each and can be read in a couple of hours, which is the time it takes from Santa Cruz to Nariman Point. Both are published by Juggernaut.

The first one was called The Legend of Lakshmi Prasad and is a collection of four longish short stories. The second book is called Pyjamas are Forgiving. It is about a divorced woman who, while trying to lose weight in an Ayurveda health resort in Kerala, finds that her former husband has also turned up with his current girlfriend. Ms Khanna turns a nice phrase with the occasional sardonic observation which is usually self-deprecatory and always witty.

As a male, I am sure I would have missed many of the insights into how women really see things and feel. She has also understood the importance of crisp description: white gate, orange bougainvillea, sunshine that feels like a spray, etc.

But what is striking is her ability to create completely believable characters -- so what if they think in English. Don’t we all, mixing our metaphors with abandon, just as Ms Khanna does?

Then there is Shweta Bachchan-Nanda, daughter of Big B and daughter-in-law of Big N (H P Nanda), the founder of Escorts Motors. Her book is called Paradise Towers and is about the people in an apartment building of that name in Mumbai.

I started reading it with some apprehension because I think I didn’t want her to have written a bad book. I need not have worried. She, too, has written a perfectly readable book of 175 pages. It is published by Harper Collins. The characters and situation are totally real.

Soha Ali Khan hasn’t written a novel but about herself. The book is called The Perils of Being Moderately Famous and is full of anecdotes about what happens when you are just that – moderately famous.

After all, it can’t be much fun being the daughter of an ex-India captain of cricket and a famous film star and to top it off, the sister of another top rated actor. As you read along, you also realise what a different economic universe Ms Khan inhabits.

Evidently, gone are the days when the leading ladies from the film industry were regarded as lightweights of not much intellectual consequence. In some cases, at least, this could have been because of the low level of their education and/or their social backgrounds. That’s no longer so.

I have really enjoyed reading these six books and I can assure you that you will too. I do hope more actors will follow suit because, unlike till a few years ago, the publishers are waiting and ready.

Not in a month of Sundays would have I thought that actors from Mumbai’s film industry would be writing books. As one who has written a few, I know how much effort and discipline it takes. And after all that hard work not only do you get paid peanuts, even the more downmarket Litfests ignore you.

Imagine my surprise, therefore, when a couple of years ago Amazon sent me an invitation to buy Karan Johar’s autobiography. I waited for the price to come down, which it did in a few months. Then I bought it. It turned out to be quite honest and well-written.

A short while later came another invitation, this time to buy Rishi Kapoor’s autobiography. I bought it, and again I was pleasantly surprised. Well-written and pretty honest. I thoroughly enjoyed it.

Amazon interpreted these two purchases as an indicator of my lasting interest in books by Bollywood personalities. Soon came more invites, to buy books by Twinkle Khanna, Soha Ali Khan, Shweta Bachchan-Nanda and Shilpa Shetty - which turned out to be a recipe book!