The Fire Burns Blue: A History of Women’s Cricket in India is teeming with characters, anecdotes and, above all, attitudes 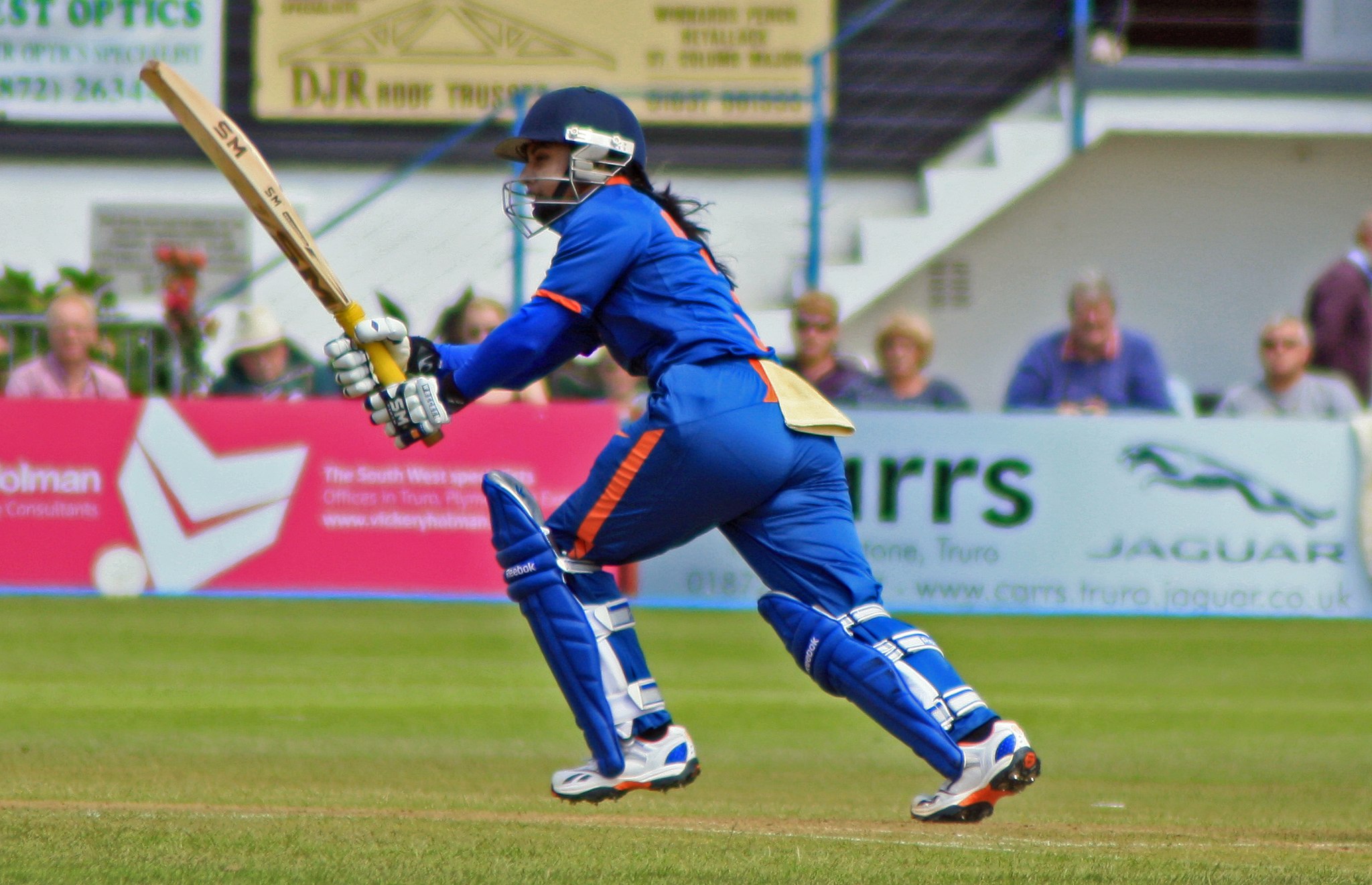 The Fire Burns Blue: A History of Women’s Cricket in India, By Karunya Keshav and Sidhanta Patnaik, Westland Sport, Rs 799

Here’s something worth pondering over: why is there more resistance to women playing cricket than any other game? Apart from the usual prejudices, is there something else?

I suspect it might have something to do with the brute force aspects of cricket that require a great deal of strength: you know, bowl very fast, hit very hard, throw at lightning speed and so on. Women play the game much more gently, thus taking the central charm of the game.

On the other hand, there are many things in cricket that are done with the deftness and cunning of a light touch. Indeed, where strength is concerned, India’s men’s teams between 1950-1980 were only a little better than the women’s teams today. And those players were pretty good.

It was with these thoughts in my mind that I read this very comprehensive book. I was a little apprehensive at first but I need not have been. This is a very well-written and highly informative book.

The authors have captured the story in fascinating detail in all its achievements and disappointments. It’s quite amazing just how many people have contributed over the years. It is also quite amazing how the sport has attracted female players.

It teems with characters, anecdotes and, above all, attitudes. For example, I didn’t know that N Srinivasan, former President of the Board of Cricket Control in India (BCCI), once said “If I had my way, I wouldn’t let women’s cricket happen”. He retained this attitude throughout his term.

The attitude of the BCCI, say the authors, was that women’s cricket was an extra burden. Why take it on when we have so many others thing to do?

BCCI took over women’s cricket only in 2006, when Sharad Pawar, ever the politician, was BCCI President. To his credit, he persisted with it despite all the objections.

The decision has paid off in just over a decade. In 2017, the women’s team was the runners-up in the World Cup.

The chapter titled ‘Disasters and Imposters’ provides a vivid account of the problems between the women and the men who, after 2008, were led by Srinivasan. He simply brushed them aside and did the barest minimum that the rules required.

This chapter also narrates how, under Srinivasan, the BCCI ejected all the old hands – Shanta Rangaswamy, Diana Eduljee, Shubhangi and others who had nurtured and run women’s cricket.

Then there was IPL which diverted the BCCI’s attention with the result that in 2013 Indian women finished seventh in the World Cup.

How it all began

Aloo Bamjee. That’s the lady we have to thank. In 1969 she started a cricket club for girls, called the Albees.

In return for imported Cadbury’s chocolates and lunch at her home, Mrs Bamjee demanded hard work. This included hitting the ball along the ground.

One of the first members of the club was Diana Eduljee, there because she found table tennis and basketball “too competitive”, say the authors. But cricket was more dangerous and very early on she had two of her teeth knocked out. She played with dentures after that.

A few miles away in Sion another girl was getting ready to play cricket. Soon she and Sunil Gavaskar’s sister, Nutan, formed a team and called it Indian Gymkhana.

“And with it a cross-city rivalry was born” say the authors.

By 1973, the idea had caught on. Soon Pune, Madras, Calcutta, and even the bucolic Lucknow and Bangalore had their own clubs. (Once the Uttar Pradesh authorities forgot that a team needed 11 players and Bombay and Maharashtra had to loan the UP team some players).

If the Albees provided the talent, Indian Gymkhana provided the organisational ability. They worked indefatigably at promoting women’s cricket.

So did the men. From D B Deodhar to Madhav Apte to Ashok Mankad to Sunil Gavaskar (who taught the girls how to keep their elbows), and many more, everyone chipped in. Deodhar was a bit sceptical at first but was soon put in his place by one of the older ladies. If the Rani of Jhansi could wield a sword, what is a mere cricket bat, she retorted.

By 1975, women’s cricket was well under way. The teams had started taking part in international competitions. Gradually, over the next three decades their performances improved, as did the support from well-wishers. The crowds were still some distance away, but they had started to come.

There were many issues to be tackled, prominent amongst which was fitness and strength. The girls from England and Australia have an edge there which the Indian girls have now almost overcome with Aloo Bamjee’s original demand: hard work and practice.

For these and other delectable stories you will have to read the book. Do it. You will enjoy the games far more when you watch it.

The making of Angoor: Sanjeev Kumar was a late latif