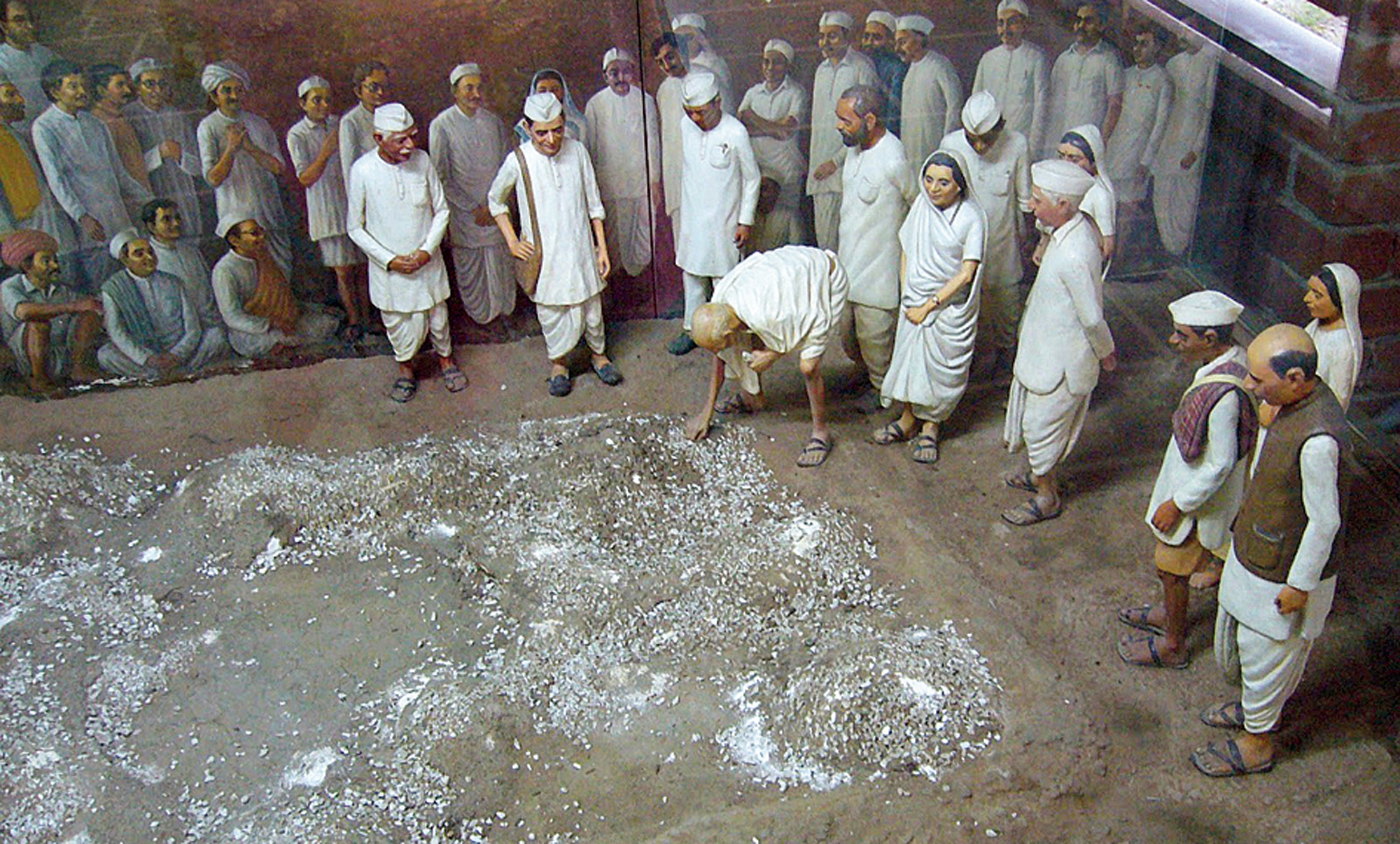 While introducing the theme, the author explores a variety of literature on the use of violence and nonviolence as forms of protest. Starting from the nationalist interpretations, Hardiman deals in detail with the subaltern model and moves on to a discussion on Gene Sharp, Bob Overy and other international scholars. Against this backdrop, the author commits to provide “a more rounded and contextualised history of such struggle by Indian nationalists”, which he does meticulously.

Aurobindo Ghosh is the author’s protagonist to counter the idea of Gandhi’s singular contribution towards the development of nonviolent passive resistance. The Partition of Bengal in 1905 followed by the swadeshi movement and boycott set the stage for a national-level protest that adopted the technique of passive opposition to the British government. Aurobindo Ghosh, who shared a similar background with Gandhi in the ‘formative’ years, nurtured an international influence while conceptualizing the theory of passive resistance. “Doctrine of Passive Resistance”, a series of articles by Aurobindo, is extensively used by the author to elucidate this perspective. Aurobindo experimented with several strategies to counter British rule. Organized passive resistance was identified by him as a practical method, as such movements had been effective in several European countries. He combined this with Indian social institutions projecting the image of the motherland as a Hindu Mother-Goddess, thus creating an emotional nationalist appeal which perhaps was not strictly secular. Besides, his commitment to nonviolence was not always unconditional.

Keeping Aurobindo as the representative of the erudite elite section of Indian nationalists, Hardiman chooses the peasant movement at Bijoliya (1897-22) against an oppressive jagirdar, under the local leadership of Sadhu Sitaramdas and a nationalist leader, Vijay Singh Pathik, to indicate that “nonviolent mobilisation of peasants” was also taking shape independently much before Gandhi has taken charge of such movements.

It now remains to be seen whether Gandhi could cross the boundaries set by his forerunners. Here one can observe that Hardiman is not actually debunking the Gandhian myth. But he argues that the connotation of Gandhi’s “ahimsa” had its share of ambivalences as his concept contained patches of “grey areas” which had to be clarified. The roots of several future controversies that centred round the iconic figure of Gandhi perhaps lay here.

Gandhi’s writings elaborated his notion of strict nonviolence or ahimsa as a form of courage rather than pacifism. It also had an active ingredient of self-honour and morality. Hardiman thinks Gandhi combined “Christian non-resistance” with the Indian tradition of “non-killing” or ahimsa, converting it into a political tool of “satyagraha”. He attempted to keep such concepts above communal language by emphasizing “Truth”, which had an emotional appeal for both Hindus and Muslims. The author states that since his days of satyagraha in South Africa, Gandhi had set himself on this path, scrupulously avoiding any “pitfall” of Hindutva imagery. Such propagation of nonviolent resistance brought Gandhi into conflict with extremist leaders of the Congress who considered this a mark of weakness. However, with a successful blend of spirituality and pragmatism, Gandhi’s nonviolence became a powerful means of mass resistance where even the oppressed could claim a superior moral position against the physical force used by a powerful individual or the State. Hardiman suggests that “Gandhi forged a new language of protest for India” by carrying forward the legacy of the earlier movements while at the same time modifying his response with respect to the condemnation of violent protests by imperialist rulers.

While providing sufficient space for pre-Gandhian leadership in nonviolent mass movements, Hardiman’s obvious focus is on how Gandhi matured as a leader using the religiosity of ahimsa which, in turn, was developed as a strategy of negotiation with the British. Till the time of Rowlatt Satyagraha, Gandhi struggled to give his theories a definite shape. The violence that erupted was a State-sponsored retaliation in the form of terror in Punjab. This was a kind of “backfire” which Hardiman analyses as something entirely unforeseen by Gandhi. Through his leadership at Champaran and Kheda, Gandhi had focused on the grass-roots level of nationalist politics where rural India responded to his call for strict nonviolence. But the events of 1919 falsified his optimism.

David Hardiman’s book is not just an addition to the array of literature on nonviolence. The author uses extensive source materials to portray a man who was yet to become a successful mass mobilizer adhering to the agenda of nonviolent passive resistance.

The book, The Nonviolent Struggle for Indian Freedom, 1905-1919, is the first part of David Hardiman’s intended two-volume scholarly exposition on the nonviolent struggle for Indian freedom. Hardiman makes an interesting reference in his acknowledgments to Mary King, the American civil rights activist, who observed that the term non-violent, when hyphenated, indicates a negative connotation while minus the hyphen, the word becomes more affirmative. The author has taken up the term ‘nonviolent’ with all its affirmative virtues as well as limitations as projected by Indian nationalist leaders. Here Hardiman is working within his favourite genre, thus stimulating the readers to look forward to a remarkable historical discourse. Through five well-researched chapters, Hardiman formulates his argument that nonviolent strategy was always contested in India and the concept of nonviolence was not a monopoly of M.K. Gandhi.