This book written by Kalki Koechlin chronicles the hardships that come with becoming a mother in a funny, candid and relatable manner 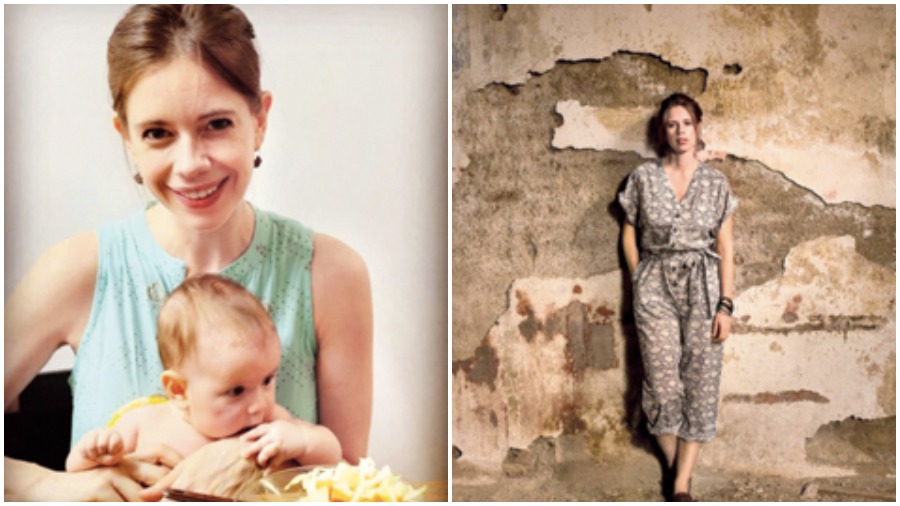 Kalki Koechlin’s take on motherhood has enthralled her audience on social media for being so unique. It was refreshing to see her don a Led Zeppelin tee and play the ukulele for her daughter while singing a Tamil lullaby to her. Like every script and every role in Kalki’s life, both reel and real, motherhood too found a refreshing perspective in Kalki’s mind. Real and authentic are words that have been associated with the star from the very beginning so it’s no surprise that on Mothers’ Day this year, Penguin Random House India announced the publication of her new book The Elephant in the Womb. This book written by Kalki and illustrated by Valeriya Polyanychko documents the hardships that come with motherhood in a funny, candid and relatable manner. With the fiercely feminist Kalki, who doesn’t shy away from sporting her body hair on social media, this book will keep it how it is –– “from broken body parts to untimely farts”!

There is so much romanticising of motherhood that the actual conversation somehow gets lost. With celebrities like Chrissy Teigen who are openly discussing and documenting their deeply personal experiences like miscarriage, there is an effort from strong, influential women to bring difficult conversations into the mainstream.

Kalki Koechlin is expected to set examples with her book. The winner of multiple awards in acting, Kalki has written and directed plays while her Bollywood career has blossomed. The pages of this book will have journal entries that the actor wrote in real time during her pregnancy, glimpses of which we have seen on her social media.

Ukrainian artist Valeriya Polyanychko’s extensive travels in South Asia and her prodigal talent in the arts will definitely do justice to this book.