Advertisement
Home / Culture / Books / The fires that burn within

The fires that burn within 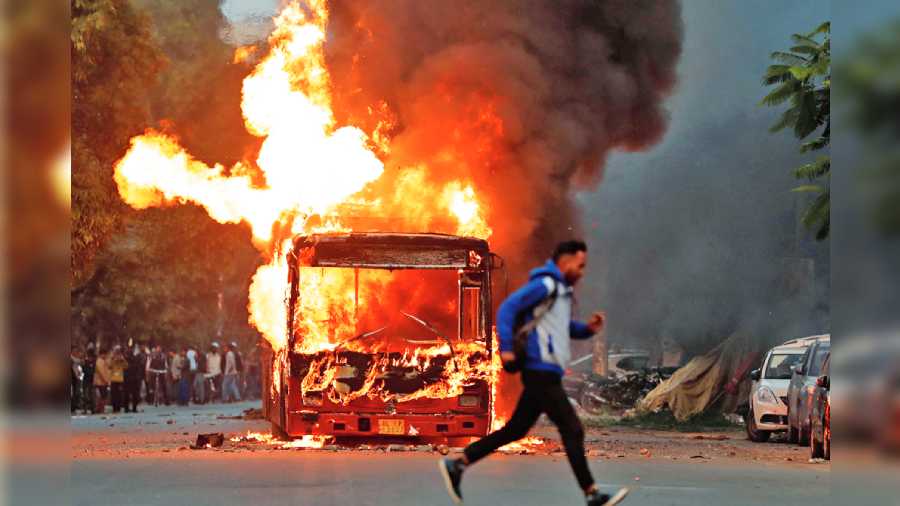 Book: The Violence in our Bones: Mapping the Deadly Fault Lines within Indian Society

Contrary to the popular perception that ‘we live in violent times’, there has been less violence in terms of occurrence and intensity at the global and the local levels. Yet, the episode of the vehicle of a Union minister’s son allegedly mowing down protesting farmers followed by the lynching of a few people by the protestors in Uttar Pradesh in September reflects the embedded subculture of violence. Ironically, India’s democratic form of governance, founded on the principles of equality, liberty, and fraternity and the rule of law, has not been able to contain such incidents. A reductive understanding of democracy in terms of electoral win and loss, arguably, has been an important factor in legitimizing such violence. The rational-legal autonomy of the State over the use of violence is often put to test by the violence that is endorsed in the name of religion, caste, or ideology. Therefore, it will not be entirely incorrect to state that violence is accepted when it furthers the status quo of a socio-political order and is discarded when it challenges the same. In this debate of legitimate versus legal violence, certain forms of violence need to be critically examined to expose the deep-rooted fault lines in India’s socio-polity. In this book, Neera Chandhoke reflects on six major forms of violence, beginning with Partition to the contemporary period. Despite the impressive performance of democracy in upholding the ethos and the values of constitutionality, Chandhoke argues that violence in India continues to be an inextricable part of everyday life.

The book critically engages with the popular, political, and academic (mis)use of the term, violence. Taking a cue from the works of Hannah Arendt, it correctly distinguishes power from violence, arguing that the former exerts moral force and should not be conflated with violence. In doing so, it goes on to reflect upon the maximalist take on violence and the discrete virtues of a minimalist theory of violence. In the process, the book steps away from the practice of using violence “either as a catch-all term or as a synonym for other more apt concepts”.

The organization of the discussion converges the different aspects of violence — direct, structural, and cultural — that are directed by and against the State. The first chapter highlights the bloody episode of Partition that was pegged on aggressive nationalism and assertive militant religiosity. Communal violence continues to be a threat not only to the secular ethos but also to human security. Caste violence, discussed in the second chapter, exposes the deep-rooted discrimination in Indian society. Again, violence in the Kashmir Valley has been a combination of such factors as religious fundamentalism, provocation by Pakistan, grievances against the Indian State as well as national pride. Militancy and ethnic violence in some of the northeastern states, on the other hand, highlights the assertion of ethnic identity, demands for autonomy, the militarization of the region, and perennial insecurity among the local communities. The last section is on the left-wing extremism by the Maoists to seize political power. Contrary to Chandhoke’s attempt to limit the movement to violent activities, its mobilizations in central and eastern India have repeatedly exposed long-standing structural discrimination and deprivation among the marginalized communities.

While the book examines violence, the questions that it poses in terms of comprehending the existence of violence despite a functioning democracy have not been answered convincingly. Widening the scope of democracy beyond a mere tool of governance to the social arena in the sense of a mechanism for grievance redressal will help in the understanding of violence and reduce its risks.