Advertisement
Home / Culture / Books / A view from within the Sangh Parivar

A view from within the Sangh Parivar

A personal narrative of a once faithful, if not fanatical, Hindutva activist who belongs to one of Hinduism’s lowest castes 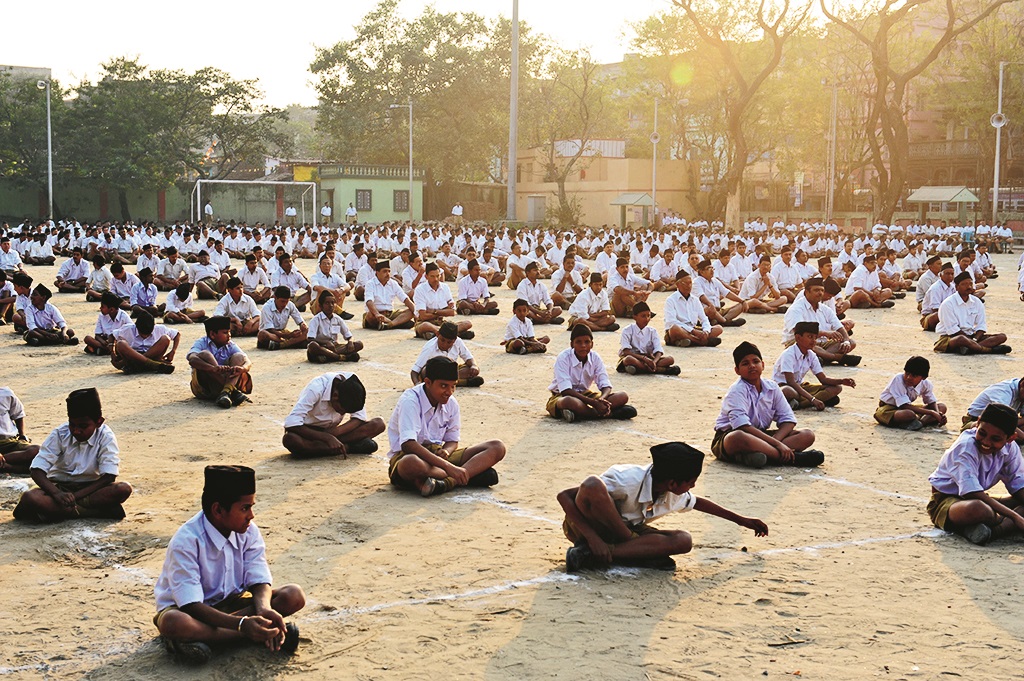 One of the paradoxes of the Hindutva (Hindu nationalist) movement in India which has moved from strength to strength in recent decades has been its ability to woo and win over an increasing number of Dalits — the downtrodden castes within a hierarchical Hindu social order — into its ranks. Hindutva’s apparent transcendence of Hinduism’s caste divisions in the process of expanding its cadre base is used by its ideologues to not only explain the exponential aggrandizement of its following but also to drive home its claim that, in essence, the Hindutva movement represents a consolidation, in principle as well as in practice, of a united Hindu family. The familial orientation, which is attributed by Hindutva to the structure of the Hindu community,manifests itself very clearly in the term, sangh parivar, which denotes the aggregate of affiliates and associates that function under the aegis of its so-called mother organization, the Rashtriya Swayamsevak Sangh.

Bhanwar Meghwanshi’s book, I Could Not Be Hindu: The Story of a Dalit in the RSS, is the personal narrative of a once faithful, if not fanatical, Hindutva activist who belongs to one of Hinduism’s lowest castes. Meghwanshi’s story covers a crucial span of time in his life, beginning with his initiation into the RSS at the age of 13 to his exit from the RSS fold due to extreme disillusionment with its stated aim of reinventing India into a Hindu rashtra.

Meghwanshi’s stay in the RSS more or less coincided with the period in which the RSS carried out one of its most significant projects, the ‘liberation’ of the so-called Ramjanmabhoomi in Ayodhya. The Ramjanmabhoomi movement was the climactic moment of his involvement with the RSS’s activities which began as early as his years in high school. Under the guise of fun and frolic, physical exercises, singing of songs and listening to “edifying words”, the young boys were indoctrinated into what he realized, much later, was “the madness of nationalism”. It was this madness which propelled him into enlisting himself as a kar sevak (hands-on servant) in the mission of ‘re-building’ the Ram mandir in Ayodhya over the ruins of the Babri masjid which had been purportedly built in its place by the first Mughal emperor and his minions. This mission instilled in him and his peers within the RSS shakha (branch), all village lads, a sense of holy purpose. “I was certain ... that we would readily give up our lives to liberate the birthplace of Maryada Purushottam Ram, the peerless among men... All of us hoped to reach the sacred birthplace and destroy that symbol of slavery, the Babri Masjid.”

Yet even as the young Meghwanshi is intoxicated with the power and the glory of being a Ram-bhakt (a devotee of Ram), a potential martyr to the cause of rescuing the honour of Ram, the revered deity of an imagined Hindu community, he could not help noticing the not-so-incidental fissures which belie the community’s professed sense of solidarity. The shakha, for instance, in which he is trained, even though it has a preponderance of children from backward castes, Dalits and some tribal children as well, was directed and managed by the upper castes. Those from the subaltern castes were only ordinary swayamsevaks (voluntary workers). Likewise, on the eve of the swayamsevaks’ heady journey to Ayodhya, his attention is drawn to the fact that the top leadership of the RSS and its adjuncts stop short of joining them. “They were never to come, they were sensible people and went back to their homes. I understood that sensible people always use us, we who are driven by passion; they push us into battle and return to their safe little coops.” Although this takes a little longer, it also soon dawns upon him that the line between those who led and those who were being led was almost always underscored by caste distinctions. A feeling of discomfort on the part of the upper-caste recruits to the sangh was obvious on such occasions when they were required to sit and eat their meals with their lower-caste comrades. It was rare, if ever, for swayamsevaks from backward castes, Dalits or of tribal origin to make it to the top echelons of the sangh and then go on ahead to become the sanghchalak (sangh administrator). It was, of course, absolutely out of the question that any one of them would ever make it to the post of sarsanghchalak (supreme administrator). Out of the six sarsanghchalaks of the RSS so far, five have been Brahmins and one a Kshatriya.

As an insider of the sangh, although an occupant of a petty rank, Meghwanshi is able to provide readers with valuable critical insights into the sangh’s ideological proclivities and its mode of functioning. As a renegade’s first-hand account-from-below of the long counter-revolution that the RSS plans for republican India, this book is indispensable for all India watchers among scholars and laypersons.