Astad Deboo, the dancer who broke free, dies at 73 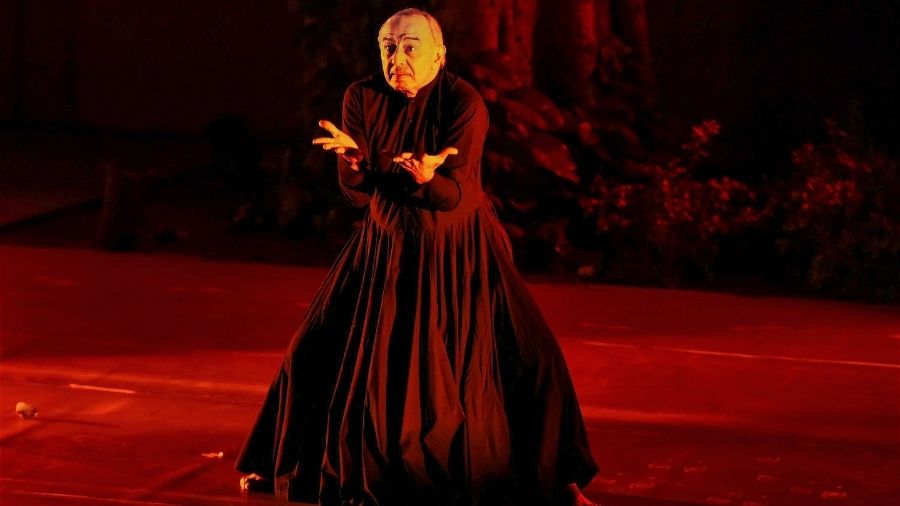 Astad Deboo, who broke free of the constraints imposed by traditional dance forms to create a modern idiom of rhythm and movement that was uniquely Indian and his own, died on Thursday. He was 73, leaving behind two sisters and a legion of fans and friends.

Avant garde, unconventional and pioneer, the epithets were many for the artiste who, borna month before India’s Independence, defied societal norms of gender and regular career choices to become one of India's first and perhaps most well-known contemporary dancers.

Deboo termed his art "contemporary in vocabulary and traditional in restraint".

From kathak to kathakali and ballet to bharatnatyam, his art synthesised them all to create a modern dance vocabulary that found space in varied stages as much at home in the Guruvayoor temple as at the Great Wall of China and varied audiences.

The range was bewildering, going all the way from performing with rock band Pink Floyd at London's Chelsea Town Hall and dhrupad singers, the Gundecha Brothers, to Pina Bausch of the Wuppertal Dance Company in Germany and the Pung Cholom dancers of Manipur. All in a dance career that spanned half a century with performances, including solo, group and collaborative choreography, in over 70 countries.

“He was his own peon, performer, persuader and creative giant, who danced from the Great Wall of China to the mountains of Alps and everywhere. People in high art will mourn him, his Manipuri dancers will be praying for his beautiful soul, his dancers of Delhi from the economically weak backgrounds will be in shock to lose him, his physically challenged children will feel his absence,” theatre actor-director and old time friend M.K. Raina said in a tribute on social media.

Just like the show must always go on, so did Deboo continue dancing right till the end when cancer took his life.

"He kept performing till about last month, not on stage but virtually. He was one of the most active performers. He had his Manipuri dancers, who'd perform at their own place. One of his boys would then edit it and then that collage video would be put online,” said old friend and former PTI journalist Padma Alva.

Describing him as a pioneer in modern dancing at a time when men weren't into it in India, she said initial reactions to his dance raised a lot of eyebrows. But he was never the kind to be disheartened.

“The only fight he lost was against cancer. He had lymphoma,” she said.

The man himself once said there was a time when most Indians saw his style as "too western" while westerners found that it was "not Indian enough".

It was perhaps his destiny as someone born in the year of India's independence that he evolved and grew just as the nation did, finally forging the creation of a modern dance vocabulary that was uniquely Indian.

His signature style, he would say, is characterised by intense focus, concentration and technical virtuosity along with a distinctively Indian aesthetic of evoking “rasa (emotion)”.

Deboo described his evolution as going "from energetic or entertaining to minimalist and introspective, from the narrative to the abstract".

Deboo was born on July 13, 1947 in Gujarat's Navsari town and spent his first six years in Calcutta after which his family shifted to Jamshedpur, where his father was employed with Tata Steel. His mother was a homemaker, and he had two sisters, Kamal and Gulshan.

The passion for dance took birth early. He learnt kathak from Guru Prahlad Das at a young age and studied at Loyola School, Jamshedpur. After graduating from school in 1964, he moved to Mumbai and joined a bachelor's course in commerce at Podar College, University of Mumbai.

The shift to contemporary dance began when he saw a performance of the American Murray Louis Dance Company. There was no looking back after that.

His travels took him through Europe, Americas, Japan and Indonesia. In 1977, Deboo returned home and studied kathakali under Guru E Krishna Panikar in Thiruvalla, Kerala, eventually performing at the famous Guruvayur Temple.

Deboo's innovative style of Indian dance may have raised some eyebrows in the 1970s and 1980s, but the 1990s saw people embrace this new idiom. He was also known for performing in unconventional spaces like museums, streets, and even one of the wonders of the world -- the Great Wall of China.

The object was to free himself from the confines of the stage and reach out directly to the audience.

The year 1986 was a turning point when famous designer Pierre Cardin commissioned him to choreograph for Maya Plisetskaya, the prime ballerina of the Bolshoi Theater ballet company.

But it was never just about dance.

Deboo was also known for his charitable endeavours and worked with deaf children, both in India and abroad for two decades.

In 2002, he founded the Astad Deboo Dance Foundation which provided creative training to marginalised sections, including the differently-abled.

Deboo, who won a Padma Shri in 2007, also forayed into other art disciplines and choreographed for directors such as Mani Ratnam, Vishal Bhardwaj as well as legendary painter M.F. Husain in "Meenaxi: A Tale of Three Cities".

The dancer has gone his movements frozen in the stillness of time.