Many are excited about Germany’s decision to return more than 1,000 Benin Bronzes, but insist compensation must be paid 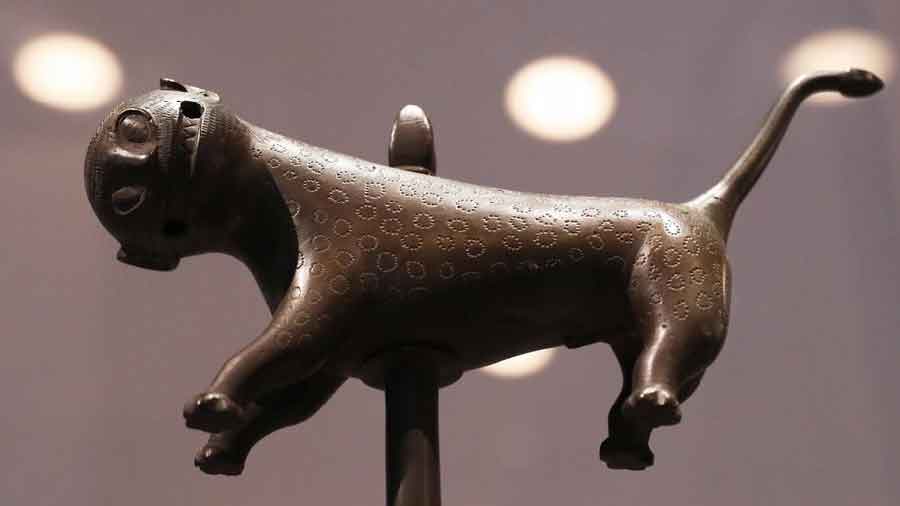 Across Africa, many are excited about Germany’s decision to return more than 1,000 Benin Bronzes to Nigeria. But there are calls for monetary compensation, too.

"This is perhaps the most significant agreement signed by a European nation with Nigeria with regards to cultural diplomacy," Yusuf Tuggar, Nigerian Ambassador to Germany, told DW after the agreement to return more than 1,000 Benin Bronze artifacts was signed on Friday. "It is a very significant achievement, a very significant milestone and we hope that it will lead to the return of not just the Benin Bronzes, but other stolen cultural properties from other countries as well."

In all, German museums hold more than 1,130 of the artifacts. They're spread across the Linden Museum in Stuttgart, the Berlin Humboldt Forum, the Cologne Rautenstrauch-Joest Museum, the Hamburg Museum for World Cultures and the State Ethnographic Collections of Saxony.

The importance of the decision to return the Benin Bronzes is underscored by the leader of the Bana people in Cameroon, Fon Sikam Happi V.

"It's a very good thing. This will allow Africa to come to terms with its past and reclaim these objects that would never have left Africa" if colonizers hadn't taken them, Fon Happi told DW.

The valuable artifacts were stolen from the former Kingdom of Benin by the British when they sacked Benin City in 1897. The royal palace was razed to the ground, and Benin City, in what is now the southern Nigerian state of Edo, was almost destroyed.

For many residents of Edo the news of the return couldn't have come at a better time.

"We are really happy about the news of the return of the Benin artifacts," Friday Osaro told DW. "Our heritage and assets that were stolen years back are being returned to the rightful owner, Benin Kingdom. We are really happy."

Lancelot Imansuen, a restitution activist, believes this decision will inspire creatives. "As an artist, as an Edo man, as a creative, I feel very elated by this move by the German government to return these artworks," he told DW.

Across Nigeria, many see this as an opportunity to learn their history.

"This is like physical history for us. Everyone today can see this and know that our people had history and they were civilized to an extent because all these artifacts are not toys, they tell a story", Samuel Marv, a history graduate and user interface designer, said in an interview with DW.

For some, repatriation is not enough

Although there is excitement about the return of cultural artifacts to Africa, there are still questions surrounding the payment of compensation.

"Beyond the restitution of objects that have been stolen and exhibited in European museums, compensation must be paid. This would help Africa build proper museums to house these artifacts", Fon Happi added.

Ify James, an independent contractor, told DW, "I think that the return of the Benin Bronzes should come with huge compensation, because it made them tons of money while they had them."

The agitation is particularly strong on Facebook. Justin Curtis, a user from Liberia, commented on a DW Africa video about the bronzes that "the healing process should be extended further to paying for what was done to Africa. This is a new way of seeing Africans as partners to a global solution to the many challenges we all face as a people".

Harry Koffi, another user on DW Africa's Facebook page added: "They must also return all monies they accrued from the museums that housed these artifacts."

And while it is unlikely that Germany will pay any monetary compensation, German Foreign Minister Annalena Baerbock said during the official official ceremony on Friday that the country is "assisting Nigeria in establishing a new museum in Benin City, which will also display Benin Bronzes in the future."

Benin Bronzes open up the conversation on African art

Other African countries are taking a cue from Friday's event, demanding that other artifacts be returned too. Togo, which was a German colony until 1914, says it will soon make a formal request for its art to be returned.

"There are teacher-researchers who are in German galleries and museums, identifying cultural property from Togo," Kossi Gbenyo Lamadokou, Togo's Minister of Culture and Tourism, told DW. "At the end of the identification of items in Germany and France, we will be able to say which of the items need to be repatriated."

Lamadokou explained that not all African art in European museums was illicitly taken, and that Togo is specifically targeting stolen art.

In Tanzania, there is a growing debate over the return of the dinosaur ‘Brachiosaurus brancai' bones recovered by German paleontologists in 1909. The dinosaur bones were excavated from more than 100 sites in Tendaguru in southern Tanzania. Today, the dinosaur skeleton is the star exhibit at Berlin's natural history museum.

"The dinosaur fossil is important in matters of research in the area of archaeology and paleontology so if we are to receive it, we must also make sure that we have the human resources to retain it ― not only for the benefit of Tanzania, but also for the world", Tanzania's ambassador to Germany Abdallah Possy told DW.

Abdallah Possy explained that the East African nation has been in negotiations with Germany over the return of the dinosaur fossils.

Germany to return artefacts to Africa