YouTube is full of Egyptian eye make-up tutorials. Nefertiti and Cleopatra are considered two of the world’s first documented advocates of the cat-eye, a trend that never ever went away. 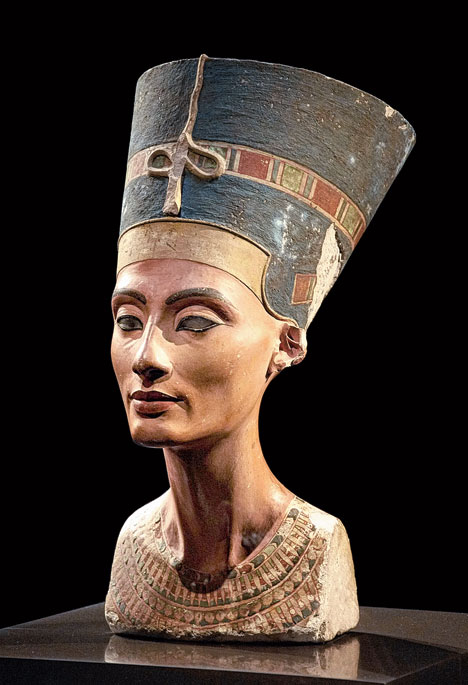 YouTube is full of Egyptian eye make-up tutorials. Nefertiti and Cleopatra are considered two of the world’s first documented advocates of the cat-eye, a trend that never ever went away.

Eyebrows are painted darkly and stretched. Eyes are lined with kohl, from one end to the other, and the line is then stretched from the outer end till it ends below the extended eyebrow.

For the full Cleopatra look, the gap between the eye and the brow is filled up with aqua eyeshadow, which is trending big time now too.

But the Egyptian eye make-up not only looked good, it apparently did its wearers good too.

The American Chemical Society reported a few years ago that there was more to Queen Nefertiti’s eye than a stupendous gaze and legendary beauty. Scientists in France, said a report in the society’s journal, Analytical Chemistry, had studied 52 samples from ancient Egyptian make-up containers preserved in Louvre museum in Paris and found in them the use of lead-based substances, including in the black eye make-up.

These substances boosted production of nitric oxide by up to 240 per cent in cultured human skin cells, the report said. Nitric oxide is good for the immune system. Eye infections caused by bacteria could be a severe problem in marshy places such as the Nile area during floods. The Egyptians may have consciously used these lead-based cosmetics to help prevent or treat eye disease, the researchers felt. Two of the compounds do not occur naturally, and must have been synthesised by ancient Egyptian “chemists”, the report suggested.