'(Whether it is) legitimate or illegitimate, it is a different question, but I will tax because it is a sovereign right to tax' 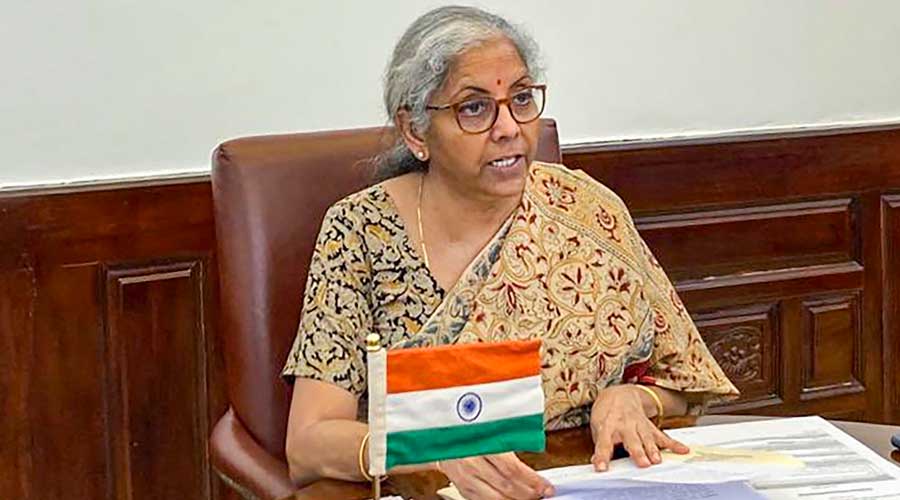 Finance Minister Nirmala Sitharaman on Friday said the government has sovereign right to tax profit made from cryptocurrency transactions, and the decision on banning or not banning will be taken based on feedback from consultations.

Replying to the general discussion on Union Budget, the minister said, "I am not going to legalise it or ban it at this stage. Banning or not banning will come subsequently, when consultations give me input".

About the profit emanating from transactions in cryptocurrencies, she stated that "(Whether it is) legitimate or illegitimate, it is a different question, but I will tax because it is a sovereign right to tax".

The minister was responding to the questions raised by Congress member Chhaya Verma on cryptocurrency.

Verma had asked about the legitimacy of taxing cryptocurrency.

In her Budget speech on February 1, Sitharaman had said that only RBI-issued 'Digital Rupee' will be recognised as currency, and the government will levy a 30 per cent tax on gains made from any other private digital assets from April 1.

The Budget 2022-23 has proposed a 1 per cent TDS on payments towards virtual currencies beyond Rs 10,000 in a year and taxation of such gifts in the hands of the recipient. The threshold limit for TDS would be Rs 50,000 a year for specified persons, which include individuals/HUFs who are required to get their accounts audited under the I-T Act.

Also, no deduction in respect of any expenditure or allowance shall be allowed while computing income from transactions in such assets. It has also specified that losses from the transfer of virtual digital assets will not be allowed to be set off against any other income.

The provisions related to 1 per cent TDS will come into effect from July 1, 2022, while the gains will be taxed effective April 1.